My limited experience with MQA has always been somewhat negative.
I originally just downloaded a couple of pieces but now Using Roon and Tidal I have been pleasantly surprised. I know I am only hearing the first unfold but I may be going back on my original opinion of pieces sounding very digital and over processed.

Some people have always liked the MQA sound, though it is unclear whether that preference arises from a the effect of artefacts from the lossy compression or otherwise MQA’s modification of the original hi res version to supposedly (but questionably) compensate for original ADC conversion(s) in the recording chain.

I can’t be bothered to try: first of all, streaming from my own source is best and I can buy and stream whatever high def there is available as originally mastered without any modification or lossy compression-expansion process. And if I were to subscribe to an online service, I’d look first at Qobuz, which offers bit-perfect hi res direct…

Yes, I have only picked up on it lately as I just look for an album on Roon, and press play. That album may happen to be in MQA.
Using Roon radio which obviously is random tracks from random albums, I have picked up on the ones played that stand out from others and these seem to all have been MQA lately.
I have actually changed from Qobuz of a few years to now Tidal interestingly and preferring the latter from a sonic perspective.

You seem to not be the only one. @CrystalGipsy prefers Roon/ Tidal / MQA first unfold vs Qobuz.

My fundamental objection to MQA is not over SQ – people will no doubt vary over its merits and demerits – but rather that it appears to be a way of introducing DRM by the back door. That would affect us all whether we stream Tidal or not and I don’t want to end up paying more for the same material. Or rather I wouldn’t mind paying more if I were sure the extra would go to the artists, but I very much doubt that would happen.

but rather that it appears to be a way of introducing DRM by the back door.

Digital Rights Management. Copyright protection by another name. There is lots of stuff on the web about this and I don’t want to regurgitate it here. If you google MQA and Linn there is an article by Jim Collinson which sets out the issues at greater length and clarity than I can.

I think there is a war with the people who defend MQA as a viable format and the ones that do not like it in any form or support it.

I do not mind to have MQA on a streamer or dac, at least we have the option of using it, worse or not is an option we choose. But I still prefer to have the full real, no shortcuts in the middle, bit by bit with no DRM file.

at least we have the option of using it,

As long as it remains an option. If Qobuz dies, we could end up in a situation where the only way of streaming something resembling hires involves sending $$ to Meridian, for what exactly

Every DRM format is a curse, is does not protect the artists in any way because streaming almost pays nothing to artists.

MQA is a shortcut, a shortcut to make a few people that probably are not artists rich.

But it is what it is.

No I don’t in some cases some sounded better other didn’t . I ditched Tidal last year as a lot of MQA started to sound significantly different and not for the better. I only just resubbed to see what the hifi tier was like but it still has MQA but I am living with it for now. MQA does sound significantly better with a full chain though than without any or just the first unfold. But it’s not my first choice.

I began to think that perhaps I confused you with @simon.pepper . Sorry.
He wrote in September 7: « Playback of MQA 44.1 through Roon, and the 1st unfold process takes the stream to 24/88.2
I have quite a number of MQA 44.1 replacing original CD 16/44.1 rips, as they sound better on my NDS/555DR, following extensive listening and comparison between the formats, on the same system and same Roon playback path.« .

My objection to MQA is a point of principle. I subscribe to Tidal but the only way to get better than 16/44 quality is to also use MQA. MQA are thus acting as a gatekeeper and preventing those who don’t subscribe to their model from accessing high-def material.

I also don’t believe that anybody coming in and ‘messing’ with the audio signal and offering lossy conversions will ever offer any benefit to the listener. I want a bit-perfect rendition of the original recording, not a bunch of alorithms standing between me and the music in order to line the pockets of Bob Stuart’s pension!
The best video on MQA I have ever seen was done by PS Audio whose audio engineering expertise is impressive. They certainly built one of the best phono stages I ever heard! 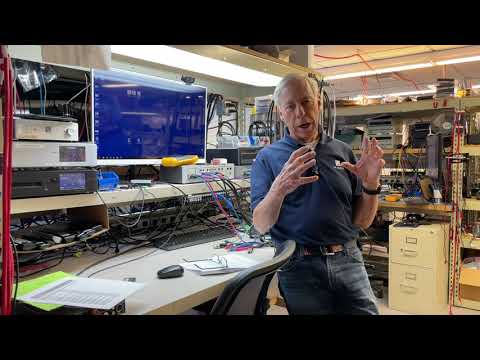 Actually PS Audio’s Youtube channel is well worth a watch - I like the fact they are so neutral and aren’t pushing their own products at all!! I’d love it if naim did something really informal like this. In fact here he is talking about a system which blew him away and contains no PS Audio gear - what an awesome guy!! Unexpectedly good sounding systems - YouTube