I’ve got a Gyrodec that’s fitted with the latest suspension, bearing, orbe record clamp etc. It’s got the AC motor and the update ‘Gyropower’ supply so I think it’s gone as far as it’s going. The Arm’s an SME IV with a Kontrapunkt h fitted, although I’m about to try a Karma in it.

What would be the benefit of going to the Orbe? I think the speed control’s a bit better and it’s got a little more isolation from the surroundings. But how does this translate into how it sounds?

Has anyone made this move? Worthwhile or not that much of an improvement?

It sounds as if your Gyrodec is almost to Orb standard , it could be a lot of money for not a huge increase in sound

That’s what I wondered about.

Is your PSU the Gyropower or the QC? When I had my Gyrodec, I first did the Orbe platter upgrade. The next step was updated suspension, Orbe bearing, Orbe clamp, updated cut out acrylic case, damping putty in the subchassis, and an Orbe AC Motor and housing and a QC supply, which basically brought it to Orbe spec, albeit still with a silver/grey painted subchassis and silver alloy spring tower covers. It was a big upgrade, but then I already had the Orbe platter so it’s hard to say just how great a difference that makes to the whole. However, I can tell you that a “Gorbe” with an SME IV and a full clear acrylic case/plinth really does look the business!

it’s the Gyropower supply into the Papst AC motor.

I’m not sure that I want to give up the platter if I’m honest. The Gyro is one of the most visually appealing decks I’ve ever seen and I wanted one for an age. I think I’d need a big improvement to move to an Orbe… but I’ve seen one that’s well priced and the cost to change from what I have wouldn’t be so much… 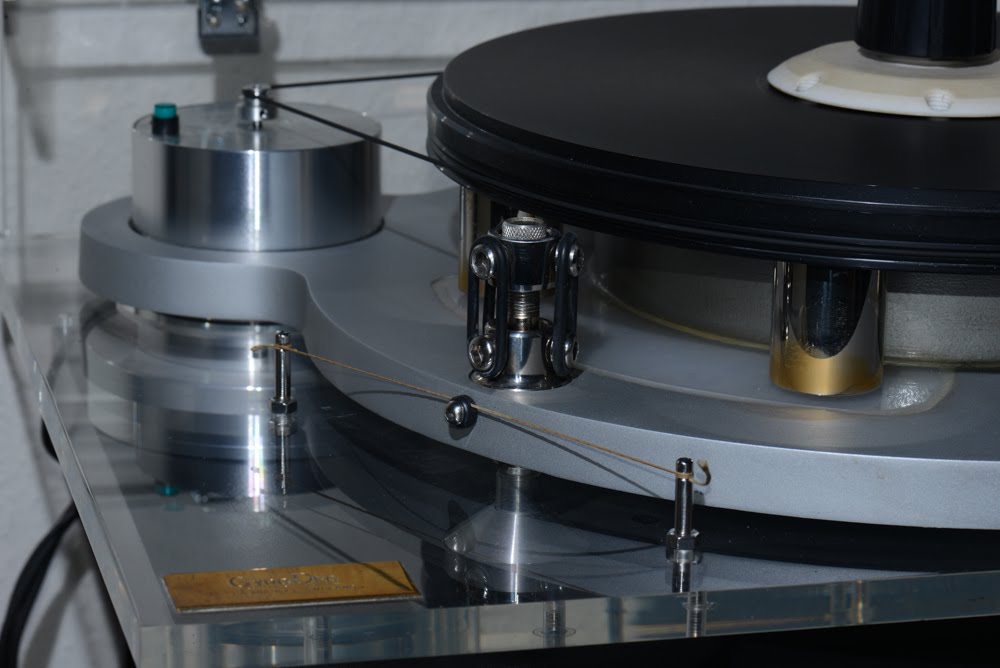 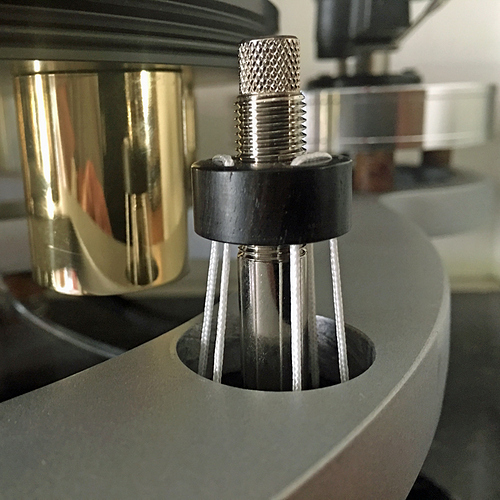 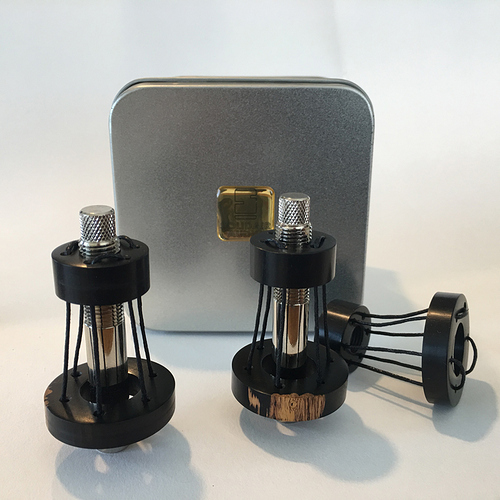 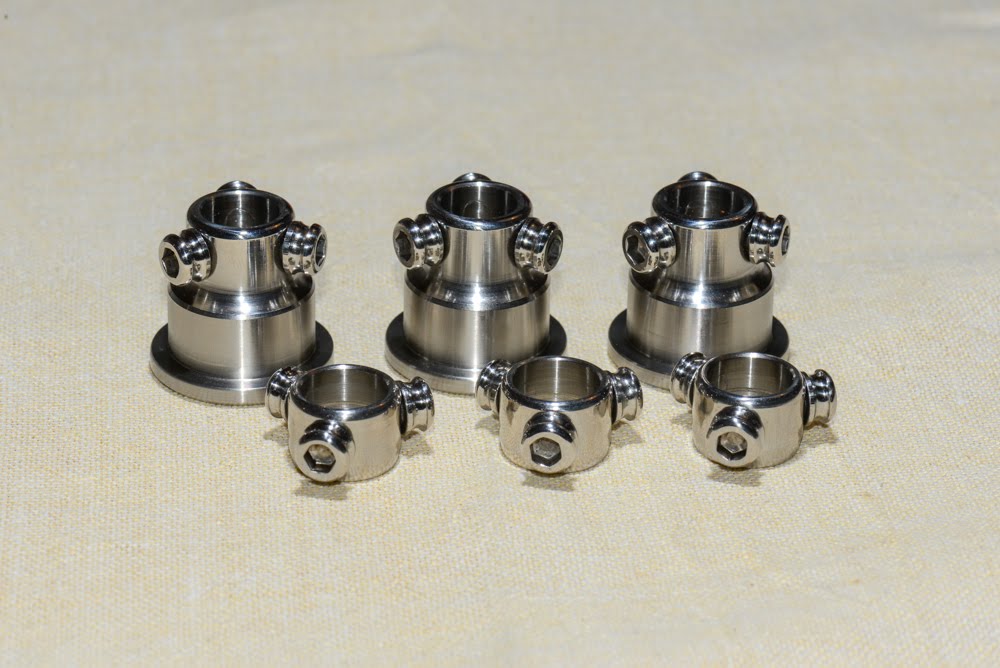 I really liked the spinning gold weights of my Gyrodec and fancied keeping that platter when I bought an Orbe (I was able to run the two turntables side by side for a while). But ultimately the Orbe with its own platter sounded better (deeper and fuller sound) than the Gyrodec with the Orbe platter or the Orbe with the Gyrodec platter. The Orbe also benefits from a double suspension compared to the single suspension of the Gyrodec. I had already modified my Gyrodec to include the Orbe clamp, Orbe damping material etc. but ultimately the full Orbe is better. Personally I’d go for it and switch (it’s unlikely to sound worse!) and if you deal ‘second hand’ the upgrade cost is modest (compared to Naim black boxes).

Hello again Richard, Did the damping putty make much
difference? I updated my suspension, but didn’t go for the orbe platter.
I’m still using mine with the AC motor and the Gyropower supply.

I did it along with the other upgrades so impossible to say what difference it made outside of the whole, as well as it having been at least 15 years ago now…

Do you still use it? Or are you still using a rega I read about in one of your
other posts?

It’s a restored Garrard 401 in a full Loricraft French walnut plinth. It runs with a Naim Aro tonearm. The deck that’s currently in the plinth is a very early 401 that was totally stripped and then restored by Peak Hifi to “as new” condition. They repainted it too (and got the colour just right) but with a paint job that is far superior to the original. 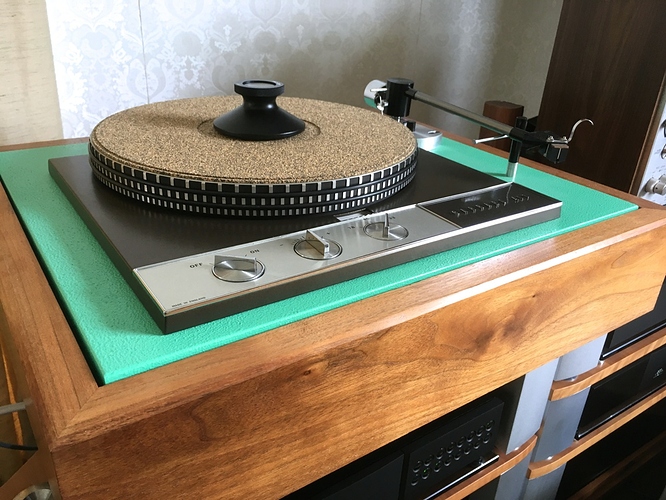 My Father-in-Law still regrets the day he sold his 301 and 401 to a dealer in Brighton!

I am told that a DC motor and the Orbe PSU, with a servo control is a good step forward, however this is an expensive step as it needs a new motor unit and PSU - there is no reuse of the existing parts or trade-in - circa £1600.

I have found that the Pdersen Armboard upgrade here to be worthwhile.
I have also applied the SolidAir suspension.

Also I have replaced the bearing ball to Cermanic - but Ceramic Balls Al2O3 Alumina Oxide Bearing Balls
The steel bearing balls in the suspension I have used Delrin balls also.

All changes have made a positive improvement to the timing, background noise and transient response.

I have tried the O-ring based suspension offered on the ‘Art of Sound’ forum, but had issues with the type of O-ring and found it robbed the deck of sparkle - now I do have a different set of O-rings supplied, and need a wet Sunday afternoon to rebuild the towers, and swap them over - but it is a full rebuild of the deck and all leveling.

Also make sure you are changing the bearing oil, while swapping the steel for the ceramic ones while you have the bearing apart.
Change the belt after all these changes, as handling the belt to remove the platter, bearing etc. could add dirt and grease (if only from your hands) to the belt.