Organ music is not my cup of tea particularly but seeing Bach, Chopin, Debussy amongst others on the playlist for the last in a series of 5 (I think) concerts of an international organ music festival, we went along on a whim.

A double first since it was my first concert in a church and the first time I have been to a concert where the music is played behind you and you watch the musician on a screen in front.

Clearly a very talented chap and I could see his fingers working overtime but the acoustics of the church were so overpowering I couldn’t for the life of me pick out the detail in what he was playing.

Organists where the dj’s of the seventeenth century.

Which church was it?

Not much dancing going on…

I am building up a collection of one of the many subsets of John Zorn.

In fact a music fan could live on just a diet of Zorn he exists in pretty much every musical genre. From Classical to ear bleeding hardcore - a true polymath.

His organ works come under the title The Hermetic Organ Series. I think we’re up to Volume 7 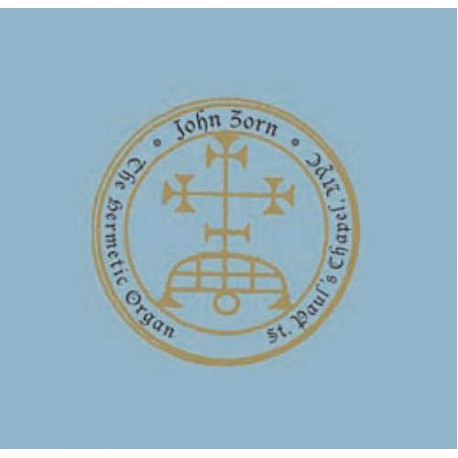 Nope don’t know the place. Looks as a medium to small organ to me

By the way, many churches in the seventeenth century did not have benches and people might well have been dancing on music …

Thank you. I am preparing for a concert in november where I only play music which does not fit in a Sunday service. This might well fit in …

I know that well played and recorded, the organ can be quite spectacular. I had never heard a live “concert” before (here comes the bride doesn’t count) so unfortunately, my experience is limited to one concert with a seemingly huge organ in quite a small church - an acoustic disaster really.

I was joking about having heard of it, I would have been surprised if you had

I guess in the grand scheme of things it probably is quite a small organ - it just seemed relatively huge for the size of the building.

And some organists just play loud all the time. Many organists play the same wherever they play, but lesson one in playing concerts is to adjust the performance to the venue.

Giving concerts and especially improvisations is a metaphysical connection between everybody around. Communication.

I’m not sure if the video projections are a good thing. Most people suffer from visual dominance over audio which means that hearing - the music - comes second.

The organist was Aaron Ribas Zorilla. Very well studied, practiced and respected (and awarded) from what I can gather.

There was a piece I had never heard before, “ibérico” by a composer I had never heard of, Marc Migo. That was a highlight for me, a new discovery to look further into. Apparently Aaron works quite often with Marc and Marc was in the audience with us.

The video screen was quite distracting and I had my eyes closed for much of the time - that said, it was the only way I could tell that there was a lot more going on than I could make out…

Many organists play the same wherever they play

Indeed they do - it’s quite a peculiar challenge, given how different organs can be. Almost all other musicians can rock up to a concert with their own usual instrument in hand and, apart from maybe making some adjustments for the venue’s acoustics, are more or less good to go.

By contrast, an organist preparing to play an unfamiliar instrument has to ideally test/check every single note on every single stop before s/he can even start to consider how to fit the instrument to the chosen repertoire. Most musicians couldn’t comprehend such a prohibitive situation, and mostly organists aren’t given the time to prepare properly, so it’s no wonder many organists are accused of not adapting to a new instrument.