Out with the old, in with something compact

I have had the following Naim system for well over 20 years and have decided to replace it with something which does not take up anywhere near as much space and with smaller speakers. This current system seldom gets used these days as I now tend to stream all my music from Spotify, listening through my Bluetooth headphones or via my Panasonic 5.1 surround sound system using my Android phone or Smart TV as the controller.
However, I would still like to have a decent sounding system to play my old CD’s and vinyl collection but can not afford a Naim separates system. I’m open to any manufacturer of audio equipment and speakers. An ‘all in one’ system which has an input for the Rega 3 turntable is probably what I’m hoping to find.
Do you think my old Naim separates and Castle speakers are worth anything on the second hand market? If so how much do you think I could expect to get for them individually? Hopefully something as this would go towards purchasing my new system. I’m not intending on spending any more than about £2.5k as anymore than this can not be justified due to the minimal use it will have. Any ideas or suggestions please or alternatives?
In addition, I’m replacing my 5 speaker surround system with a Sonus Arc sound bar and buying a new DVD player with Dolby Atmos - as my Samsung TV does not have Atmos.
Naim based system - NACD 3.5; NAC92; 2 x NAP90; Rega3 turntable/Lynn K9; Castle Harlem spkrs. Bi-wired.

Unfortunately the 90/92’s are mot much sought after. I bought in the last 18 mths a 92 for under 200 pounds, and a 90 full size for similar. The shoebox 90’s seem to go for 300 ish at the low end and 400 on a good day. I am guessing your natural replacement if you do decide to stay with Naim would be a Nait of some description. Either stick with a Nait 2 to keep the shoebox size and retro feel, or look at the Nait5 range which I find to give an uplift over the earlier Naits.

If you are after a one box system that will play CD’s and that you can plug your RP3 directly into then I am struggling. The Cambridge Audio Evo 150 (£2300) is a one box system that has phono (MM) input so will take your RP3 directly. Unfortunately it doesn’t play CD’s so you would need a CD transport. Alternatively, if you mainly listen to Spotify then just stream that through the Evo and forget about the CD’s.
If you really want inbuilt CD functionality then a Naim Star would work but it is a bit over your budget and you would need to get a separate phono stage as the Star doesn’t have this. Both of these suggestions will need speakers but there are lots of reasonably priced, good small speakers out there. I am sure that others will chip in with alternatives so happy hunting!

How would a 2nd hand Mk1 Naim Uniti work with a Rega Phonostage?

If you are simply looking for a small, neat and simple system to allow you to play your CDs and records, you won’t go far wrong with a Rega Apollo and Brio R. Add a pair of their Kyte speakers and you are all done for £1,727. Inbuilt phono stage to take the Planar 3, made in England, perfect for what you want. The two little boxes are much smaller than your five Naim boxes and will still sound really good.

So, if i have this right you want something neat and relatively compact and of high quality that will be able to play CDs and also work with your Rega Planar 3. Being able to stream Spotify might also be an advantage.

A secondhand Uniti 2 with a Stageline N (the Unit 2 provides a powered AUX2 for this) from a dealer should fit the bill exactly. This should come in from around £1.2k - £1.5k which should leave you with around £1k - £1.3k for a set of nice compact standmount speakers (and stands, of course). Oh, and don’t forget the necessary NACA5 of at least 3.5m per channel, or most likely you already have this from your Naim 3series system?

Sorry for late post, Technics have released the SAC600.
CD plus streamer plus amp plus MM stage.

May float your boat.

What about a Rega Io amp and Kyte speakers ?

Built in phono stage , for not very much money - and compact. 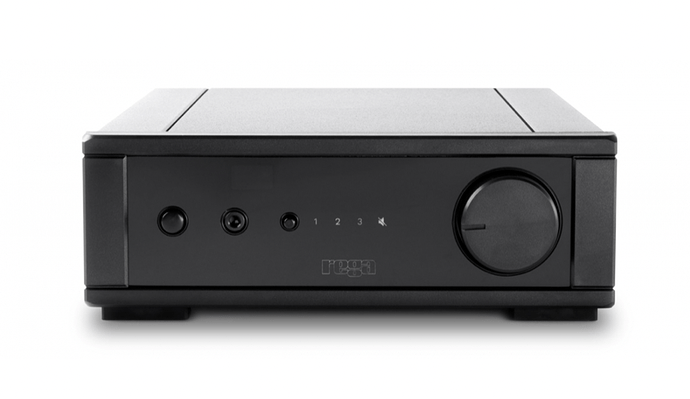 Great minds think alike, though I suggested the BrioR both for better sound and a visual match with the Apollo.

Must admit I hadn’t thought of that. I wish Naim offered products like the Nait as half box and with phono stage

I know, there is something about the little boxes. I really like my two Rega boxes, and the NAT02 of course. Rega make some nice stuff at sensible prices.

Since it’s panto season, Ian, those days are…Behind you!!

I still have my UnitiQute2 acting as DAC in my AV system , which could easily be matched with a Rega Apollo or Pro-ject CD transport to make a nice two box system using half size boxes .

Throw in some efficient speakers and that would be more than acceptable .

The reason I suggested the io was that the speakers were developed to match the amp, so even if it’s 30 watts per channel, volume won’t be a problem.

I would love to hear the Io/Kyte combination. Makes me think of my Cyrus 1/Mission 70 Mk II combination in the 80’s. There is a very good review of the Io by Tone Audio Magazine in which they refer to it being a future classic

I went down the all-in-one route and have been very pleased. Love the simplicity and aesthetics (and I no longer get interconnect/cable upgrade-itis, peace at last!). The new ‘lifestyle’ units available now are well made and have excellent SQ.

I have a large CD collection which was an important factor. I started with a UnitiStar and Neat Ministra standmounts which were very good, but then last year upgraded to AVM and Kudos which are excellent.

Whatever you choose I think you’ll be impressed.
Good luck! Tim