I’ve just added a Linn Sondek into my existing system (NDX, NAC252, NAP250 DR, third party XPS and SupeCap into Ovator S400’s). I’ve had the turntable for around a month, but have been waiting for Peter at Cymbiosis to service the deck for me as well as upgrading the bearing to Cirkus, installing a Majik sub chassis along with adding a Mose Hercules power supply.

I spent Friday morning at Cymbiosis whilst Peter did the required work. What an incredible setup they have there at Cymbiosis, and what a great guy Peter is. He spent a great deal of time talking me through exactly what he was doing and why each part of the setup process was so important to the end product.

After Peter had finished working on my deck he plugged it into their demonstration set up. Wow, I can honestly say I’d never heard music sound so good, and all of this driven by a pretty humbly spec’d LP12.

Anyway back to the point of this post. I have set the LP12 up in my system. I’m using a Trilogy 906 phono stage into the 252. As the system has settled down and the 906 warmed through the SQ has gradually increased to the point where it’s now pretty sublime. The only issue I have is that there is a pronounced hissing through the phono stage.

I’ve done a fair amount of research via Google and opinions on this vary from there should be no phono hiss whatsoever if you are using a quality phono stage through to phono hiss is a fact of life you need to live with when choosing vinyl. Surely this can’t be right can it, we spend thousands on dedicated mains feeds, exotic cables and power supplies, and we spend hours dressing cables all in an attempt to reduce noise and interference, yet are supposed to be prepared to accept phono hiss… What really concerns me is that I’ve not been able to find any posts that give definitive advice on how to cure the hiss.

There was certainly no phono hIss when listening at Cymbiosis, in fact Peter pointed out the lack of background noise that is often associated with vinyl.

Any advice, thoughts or suggestions would be greatly appreciated.

It’s very likely a mismatch between the trilogy phono ( with tubes) and the Naim pre. I had the same problem with Conrad Johnson phono stage with NAC 282 at that time.
Perhaps it’s something else….
The sound was sublime too, but I had too much hiss which finished by annoying me.

What was the system used at Cymbiosis?

Interesting. i have a tube phono pre. I am now going to have to listen to see if it hisses!

Sorry I hadn’t picked up on the tubes comment. The Trilogy 906 phono stage that I have isn’t a tube amp it’s solid state.

It isn’t a tubes / solid state phono stage? So if it’s solid state, ignore my comment.

I found a pic of a trilogy pre using tubes. 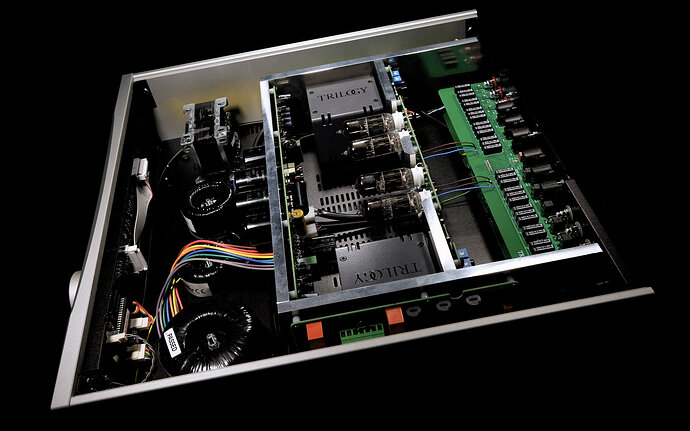 So maybe it’s a ground hiss . @james_n maybe on that?

It sounds more likely to be a mismatch with the Trilogy phono stage and the Naim pre as you and @Guinnless have mentioned.

I’d suggest the OP gets in touch with Peter @Cymbiosis who I’m sure will be able to offer the best advice here.

Ok thanks James, will do.

I’m in Edinburgh atm and Glasgow tomorrow, back Monday- Sounds like a we need to check the 906 firstly. How old is it? Anyway, just ping me an email and we’ll work out a plan. 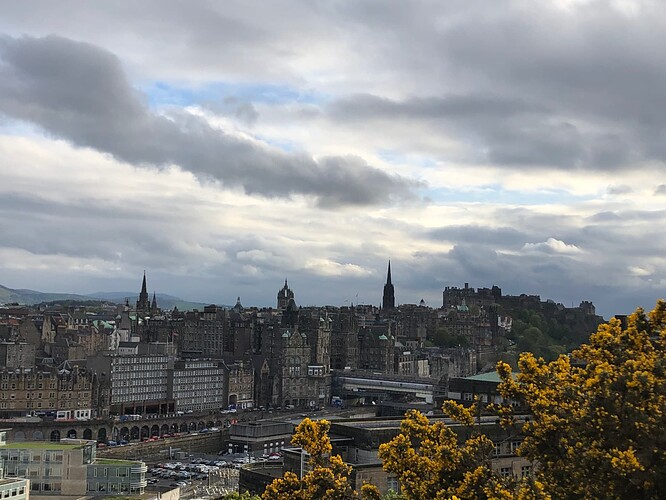 It just shows how damned fine the Stageline is.

Thanks Peter, I’ll drop you an email. I do love Edinburgh, can’t believe it’s been 19 years since I was last there, time flies…

Does sound like an input mismatch somewhere (cartridge/906, 906/252)? What cartridge are you using and what are the dipswitches on the 906 set at? What volume is the 252 at for normal listening levels when you hear the hiss?