I was browsing the river thinking “I should have at least one Pink Floyd album” and came across the Discovery cd set.

Has anyone purchased or listened to it ? Is the remastering any good ? 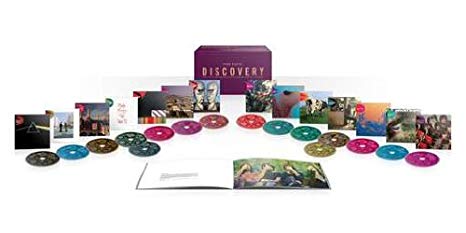 There is a difference between one album and paying over £100 for a load of stuff you may never listen to. They made a couple of good albums.

I would go and listen on spotify for a quick listen to each album if they are not albums put together for a special package. Its not great SQ on spotify but i used to use to just find out if its worth taking a punt on.

Yes, the SQ is rather excellent, a very recommended set.

Back in 2012 the Amazon price fluctuated up and down on this set, i got lucky while the price was down and paid £53.56.

Plus this set has actually saved me a lot of money; i’m a big fan of the 1970’s Pink Floyd, and having listened to the later material on this CD set, i find i’m happy to enjoy it on this CD set, and feel no need to buy every later PF album on vinyl

Listen to the albums on Tidal or Qobus. CDs are so last millennium.

Thanks @Debs. And yes @Gazza i’ve put some albums in the Tidal queue.

as far as spending 100€ on something I may never listen to, I don’t think there is much of such risk. Also I’m not a “specialist”, I’ve heard enough of their songs here and there to know I enjoy their music.

True. But I like browsing my cds more than the Tidal library.

No thanks - I like vinyl & CDs and my own rips.

@Zinc - I’m very biased, but if I was only to have one Pink Floyd album then it would have to be Piper at the Gates of Dawn. This together with the early singles make a quite outstanding collection - Cambridge Station is my favourite ever Pink Floyd collection.

Now, Pink Floyd are one of my favourite bands of all time, and possibly my all time favourite band even if I don’t listen to their albums quite so much these days.

They didn’t make a bad album, and most of them are wonderful so it is very possible that this set is a bargain. I haven’t heard it though, and I have all of their albums on vinyl, CD and hi-res downloads (in addition to most of the solo stuff they released) so I think it unlikely I will be indulging.

I guess you must have heard some of the Pink Floyd albums even if you don’t own any of them. If you area complete newcomer to Pink Floyd then possibly you should dip into one or two of their albums before investing in the entire collection. It seems inconceivable to me and I’m sure to most others as well, but I have come across one or two people who don’t actually like their music.

It takes all kinds, as they say.

I have come across one or two people who don’t actually like their music.

Not keen on their stuff after Roger Waters left. Best non-Syd album is probably The Wall or Atom Heart Mother. I am huge Barrett fan, hence my declaration of bias.

Not keen on their stuff after Roger Waters left. Best non-Syd album is probably The Wall or Atom Heart Mother . I am huge Barrett fan, hence my declaration of bias.

Well, looks like apart from our political differences (definitely best left out of this forum) we have quite a lot in common.

My favourite Floyd album is probably ‘Atom Heart Mother’, and I too was a huge fan of Syd Barrett. I would agree that their best days were with Roger Waters, but I like Dave Gilmour’s guitar playing so much that I have to like the post Waters stuff as well.

Good to see a bit of love for Syd, I was a huge Floyd fan up to DSOTM, although itself a good album felt it all went downhill from this point, some good albums but to me pre Dark Side, Meddle, Atom Heart Mother, More Soundtrack etc, was the best of Floyd, and yes a magnificent first album and great singles.

Meddle is one of my fave pre DSOTM albums. Cranking up the system with ‘One Of These Days’ and an espresso is a great way to start to the day…

Thanks guys for this interesting “Pink Floyd educational” 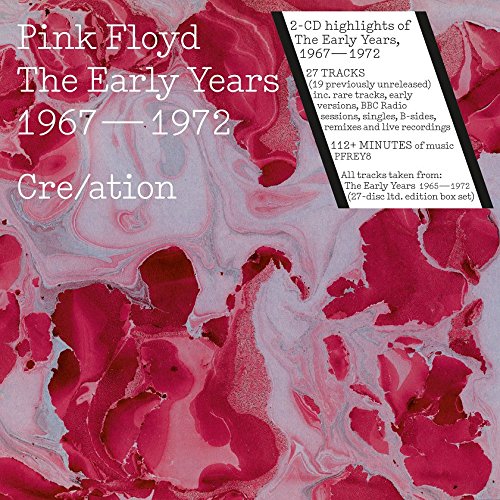 Listen to this for the Barret experience and as for the rest there is a Floyd album for every mood as long as it’s melancholy!

there is a Floyd album for every mood as long as it’s melancholy!

But then no-one, apart from possibly Leonard Cohen does melancholy anything like as beautifully as Pink Floyd.