My wife and I are pondering a holiday to Sicily. Maybe 5 days total. Looking for ideas / recommendations. Thinking mid-September (I know it’ll still be kinda hot) but COULD delay until October perhaps.

We’re generally happier having a rental car and doing day trips than changing hotels every day or two; that just gets too tiresome. But could do hotels (or AirBmB even better) in 2 locations over the duration.

We went for 5 nights end June 2019. Flew in/out of Catania airport, with Norwegian Airlines from Gatwick - the first time we’d flown with them, and we were quite happy. Hired a car, and based ourselves at the Palace hotel in Modica, near the southern tip, for 4 days. (Nice hotel - a bit out of the town, but walkable.) the idea was to drive everywhere from there… unfortunately other than the dual carriageway down near the Eastern coast, the roads were s l o w! Single carriageway roads with locals (I presume) carving people up, overtaking on blind corners etc - but ultimately no-one moving faster than the 20mph vehicle at the front, and anyone who got past that queued behind another a mile ahead. One place we went to was the “Greek” ruins at Agrigento - it took an hour longer than we anticipated to get there - and arrived to find it they were starting to close for a private event in the afternoon, so we only saw a few things from the road outside - it looked worth seeing. Because of the slow travel we changed plans and spent our final night in Taormina in the north east, mainly to visit Etna. Stayed at a delightful B&B called Joan’s Heritage - perfectly situated in the town centre. We wished we’d spent more time there and in the surrounding area as it was a lovely place, and lots of history, art etc there.

Whilst we enjoyed the southern area, I don’t think we’d go again - but would happily go to Taormina or around there again to see more of it. We could probably have spent the whole 5 nights there, with plenty to see without a lot of travelling.

My only experience of Sicily was a flight to Catania, followed by a ferry trip to Vulcano island where we spent a very pleasant few days. There isn’t much art or culture there, it was more interesting geologically for obvious reasons. The volcano isn’t that high, so it makes a pleasant walk, best done in the evening as the sun sets.

This is a great tip and we’re really interested in Vulcano. Walks/hikes and natural landforms are high on our preferences.

The fictive Don Corleone from The Godfather was from Sicily. It’s on the internet where the Sicilian scenes were shot.

It’s one of my favourite movies hence my recommendation. Never been there though!

Another vote for Taormina as a base. The Greek amphitheatre is stunning and might be worth checking nearer the time to see if there are any live performances when you anticipate going. I also second Innocent Bystander’s warning about driving! If you are interested in architecture the Baroque towns in the Val di Noto are worth seeing (I don’t know if you get the ‘Inspector Montalbano’ TV series in your neck of the woods but this area is where it is filmed and it gives a feel for the architecture of the area). There is so much to see that you’ll have to prioritise brutally for a five day stay. It is very much an island of contrasts. Getting between places is not quick as IB said earlier, something to bear in mind in terms of managing your expectations, whatever you choose, I’m sure you will thoroughly enjoy it.

Would you advise against a rental car – or just to temper expectations of how far we can get and how quickly.

A lot of hire car companies got rid of most of their holiday rental fleets due to covid, then found that Auto companies had wait list for cars………prices post peak covid are now much higher in many holiday destinations in Europe.

Hard for me to judge on the first part of your question, it depends on what kind of driver you are i.e. whether you would see it as a challenge to be enjoyed or a strain. We were in the latter camp to be frank and relied on bus trips to take us to where we wanted to go within a day’s travel from Taormina. Friends had hired a car on Sicily a few months before we went and it sounded all too awful for us but they saw it as part of their holiday adventure! This might be helpful reading (15 Essential Things To Know Before Driving in Sicily — ALONG DUSTY ROADS). My first link, so hope it works….
Whatever you are comfortable with, definitely don’t be over ambitious about how much you can cover in a day. Not sure that helps but as I said earlier, I’m sure you will enjoy it, it is a lovely island.

I was there two weeks ago and don’t recognise what’s being said about the roads/travel times. It is hugely expensive to hire a car (£1,100 for 10 days for a Fiat 500X) but the roads around Palermo and into Trapani and Marsala are excellent and travel times are much quicker per Km than they are in the UK.

Shame you’re not a wine drinker as Sicilian wines are generally very good but expect to put on a few lbs as the food is also good and you’ll need to try the cannoli.

Can recommend Segesta and Erice, Trapani is also a nice town to visit. We took the herd and stayed here

Quite possibly regional as you were in a very different part of the island from Innocent Bystander and myself. The north west corner is better served by major roads than the east where Taormina is - travelling across regions from here therefore took longer and was less straight forward than we had anticipated. It also depends on what your UK benchmark is

Fair point, the roads across the north of the island had the look of healthy EU subsidies - we didn’t venture too far South as it was a “bit hot” 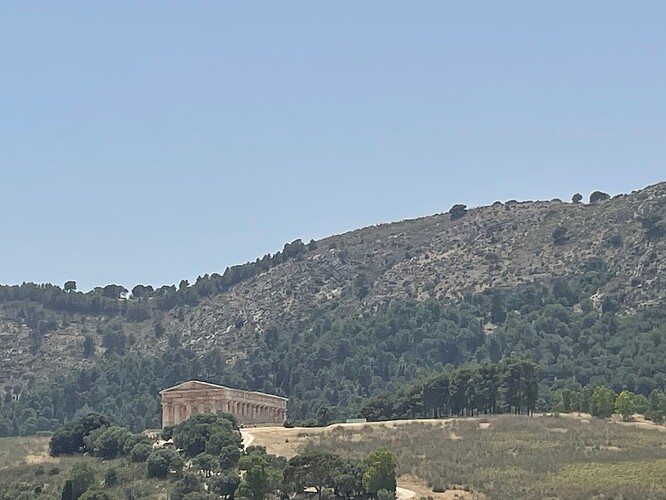 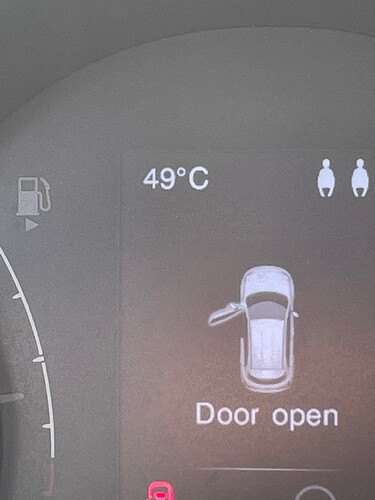 It is hugely expensive to hire a car (£1,100 for 10 days for a Fiat 500X) but the roads around Palermo and into Trapani and Marsala are excellent and travel times are much quicker per Km than they are in the UK.

In 2019 we hired through CarFlexi.com, picking up and returning at Catania airport. The smallest cars, Fiat 500 or Citroen C1 were around £200 IIRC but not what we wanted, going for something a bit bigger that would take our suitcases out of sight, choosing a Toyota Yaris - infact going for a hybrid version at a slight premium cost because it was a chance to try driving a hybrid. I don’t recall the exact cost but I think was getting on for £400 for 5 days. (And it was a waste of time - it hardly ever ran on electric, only when travelling steadily at very low speed.) I don’t know if prices have leapt hugely since 2019, or if they are simply more expensive from Palermo airport or from another company.

As for roads, as Bozz88 suggests, I guess it is just that roads are better around the capital area.

I am in Taormina right now and it’s definitely an interesting place to visit. Haven’t hired a car but bus service is good and cheap. As for walking - far too hilly. Beaches are very stoney but the sea is so refreshing when temp is well over 30. Won’t dwell on the huge range of wines and food.

Rental prices have gone through the roof. This was the cheapest I could find for this size of car. As we were travelling with one daughter, her husband and no.2 grandson, it worked out cheaper to get one car between us.

Slightly off topic, but worth knowing.

A bit of practical advice based on the holiday I’ve just returned from in Italy:

As you say you like museums, art, etc. you’ll probably find that you need to mask up to enter. Be aware that the standard “blue” mask we use in the UK isn’t good enough in Italy. The Italians require you have a FFP2 mask with a visible CE mark to be allowed into those places which require masking up - it’s easier to take them with you than try to find them there.

Beyond that, enjoy - I’ve yet to visit part of Italy/Sicily I haven’t liked. Sitting in a bar/cafe with a freshly squeezed orange juice watching the world go by is a much underrated pastime, something to learn from the Italians