Powerline and or power-line lites for system

I’m looking at investing in powerlines or power-line lites for my system. My system is as follows:

So potentially looking at powerlines or power-line lites on 2 x hicaps, 2 x 135s and XPS. Is this going to be a big upgrade. Has anyone else done this with a similar system?

If I just went for 2 cables what should I put them on? 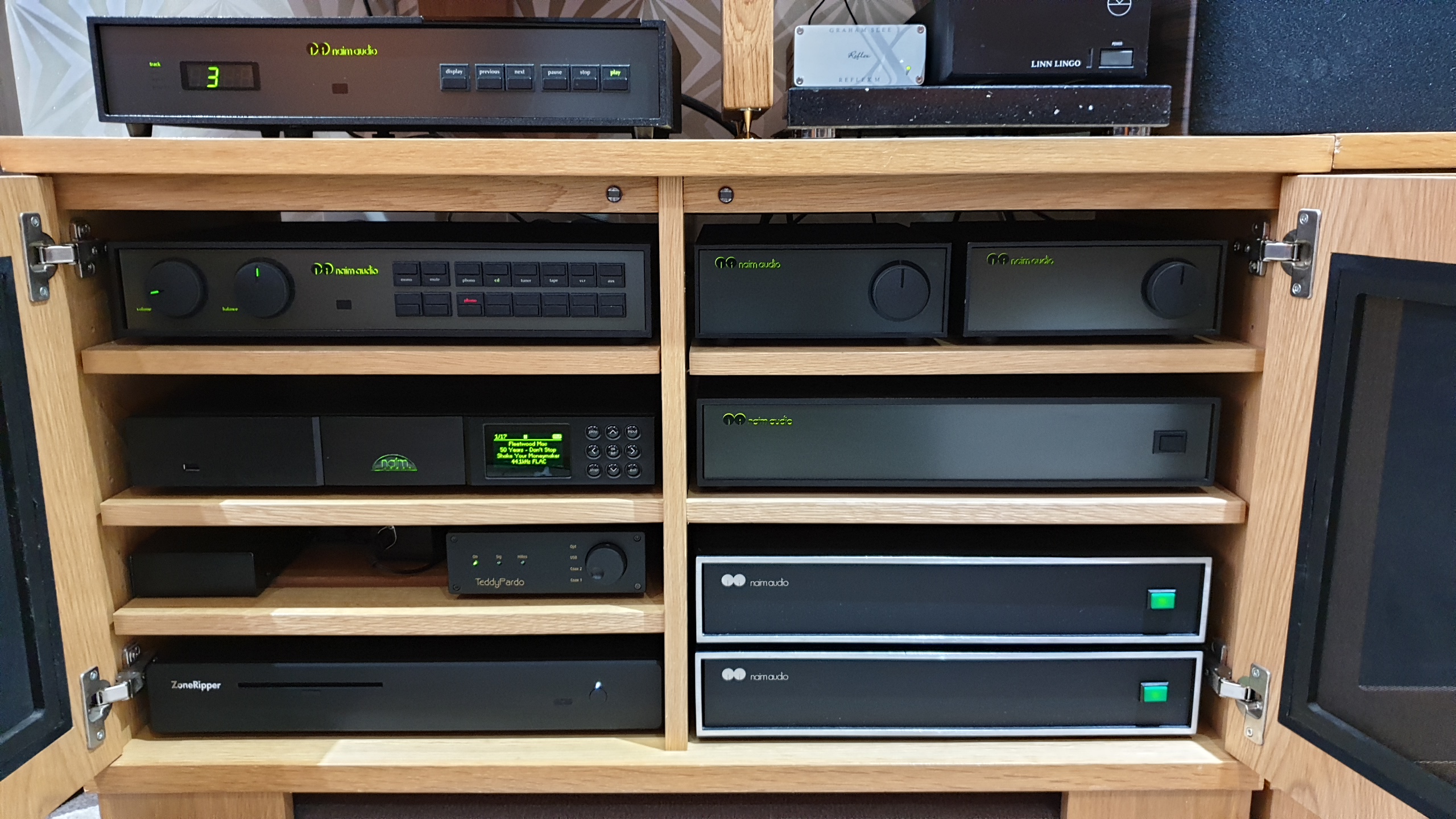 You can of course experiment. I think you can split them among sources (Lingo and XPS), the preamp (both HiCaps), or the 135s. At a guess I might suggest the HiCaps as the most receptive, but you’ll now get many other suggestions including the NAPSC.

I should add, good as PowerLines are, I’d not do them before a HiLine (or similar) on your main source. They are are worthwhile icing on the cake but, I think, last on the list after racking, interconnects etc.

I have a configuration pretty close to yours.

I prefer the homogeneity of PowerIgel on the elements of the Olive range.

In addition, all items benefit from the same treatment, which generates less questioning. 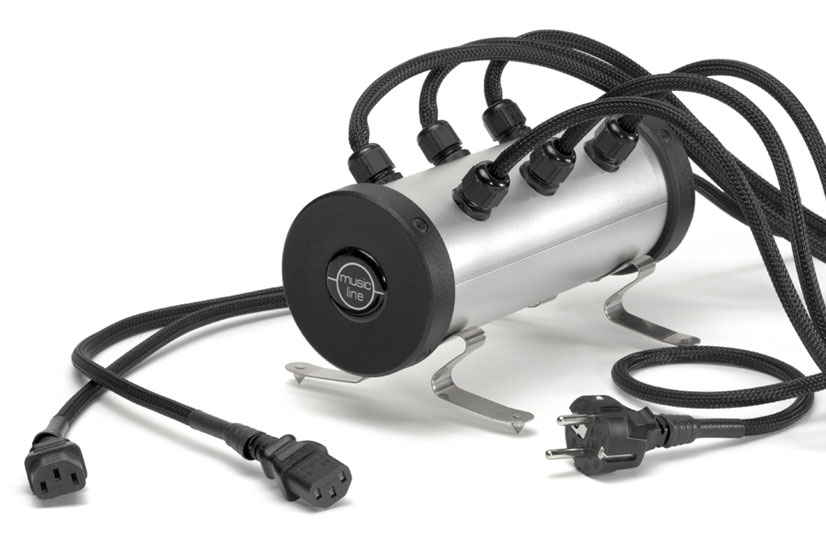 Assuming you current Naim cables are the old standard ones, then the Power Life aside from the plug decoupling offers little.

For you the full fat Powerlines two of try not the FPS and hicaps, also maybe the 135s, just suck it and see.

I’d give a Hiline an audition first, but would also recommend a Powerigel or the equivalent thing made by Sean Jacobs of Custom Hifi Cables for the power. +1 on what HH posted immediately below, too.

I’d get a Supercap first. It will make more difference than five Powerlines and should you ultimately get them, you’d then need one fewer. It would also be better to get a proper rack, should this be practically possible.

As for proper rack not sure about this as it looks like I have a baby on the way and having the system in cupboards means I can stop little hands pushing buttons!

Would a fraim offer significant improvement ?

@Dan_M to come back to you on 82 with supercap, yes big detail - I added SC to my then 282 and the difference it made was more than one upgrade, music and focus so there is an idea as @anon4489532 says

I have tried my power line on NDX and my 300 - the 300 is again the biggest difference in sound stage, I was always told AMP or PSU are best for Powerline and that has been my experience

and finally Fraim - YES, i moved from very nice quadapire to FRAIM. its like adding a black box IMO

So in order of upgrades looking at:

Given my system is mainly olive and chrome bumper would you recommend olive supercap or black or DR?

personally I think that order would deliver the most benifit and music!

I think that the Hiline on a Olive equipment does not highlight the qualities of this range… It can even appear as boring.

Looks like a Supercap will be appearing next then! Will look out for an olive one to go with rest of system.

Hi Dan. In my experience the second Hicap on the 82 makes little difference, whereas the Supercap makes a big difference, so that’s what I’d do. With a baby on the way, unless you could somehow protect the system (we used a fire guard) you’d probably be better sticking with your cupboard. A Fraim can come later though with a baby needing new stuff all the time you may not be able to afford it! The Hiline is an idea but only if it can hang totally free. One cheap improvement you could make is a Fraim glass and balls for the CDS2. It will really help for under £200. The PowerLine really needs to be free of other wires and may not be the easiest with your equipment in the cupboard. They are stiff, fat things, and need a bit of room.

I suppose the question arises as to whether with a streamer you really need the CDS2. You could swap the ND5xs, the Teddy Dac, the CDS2 and the XPS for a CDX2/555PS or NDS/555PS and get better sound from fewer boxes. Everything hidden, fewer wires, lass hassle. With the two box streamer, the 82, Supercap and the 135s you’d have six boxes, other than the napsc of course. Then when you move to a Fraim or other rack it’s easier and cheaper to accommodate. Just an idea anyway.

I’ve just bought the CDS2 and love the sound compared to the streamer/ zoneripper. Sounds more like an lp12 to me. But I absolutely get what you’re saying about my box count, cabling and if I get a fraim it’s going to get expensive. NDS/555PS would be lovely but going to be more expensive than ditching the DAC, ND5XS, CDS2 and XPS.

Fraim glass sounds like a good idea or some other form of isolation perhaps in the meantime.

Supercap makes sense all round.

I agree that the CDS2 is really lovely. When I had mine I put a Fraim glass under it, hence the suggestion. It’s bound to be better than the ND5xs as it’s in a totally different class. Have fun.

The DAC made a big difference to the ND5XS and I was happy with it. Now I’ve got the CDS2 it makes the ND5XS lacking. Lol. Prior to this I had the CD5si and the ND5XS was much better than that!

Was contemplating changing over the ND5XS for an NDX with my same DAC. Possibly better to leave it all until I can get an NDS with 555PS!

Supercap on an 82 is a worthwhile difference, but is not as big a jump as one HC to two HC.

And yes, 82-SC is my current preamp. And I was left with two spare HC. One Replaced a NAPSC on my Headline, and the other is available for my 102 - when I get around to buying it a power amp.

OTOH it reduces the box count - well, that was my excuse to my dearly beloved!

That’s what I would do. I doubt the NDX would make much difference in practice. Remember that you could add a 555DR to the CDS2 and use your existing S-XPS lead, and then move to an NDS, ensuring it came with the twin burndies. You can pick up the NDS/burndies for £3,500 or less.

It’s interesting to read suzywong’s comments as I found the jump from two Hicaps to a Supercap was far greater than from one to two Hicaps, but we agree that the Supercap is best of all.

Supercap is a no brainer. So in future if I upgrade I am keen to keep my 135s. I would consider a 52. Do you reckon olive supercap for the 82?

Suzywong did you go for olive or supercap 2 or DR.

555DR very very nice but they are expensive. Haven’t seen many on 2nd hand market

Another vote for the powerlgel
I use one and very happy with its performance…and naim recommend!