CD pucks…do you leave them on with a cd in the player or do you take the puck off and store off the player when not it use?
Which player and puck do you have?

Take the CD out and return the puck. With the CD in the pressure on the rubber O rings is enough to compress them over time.

I can never remember which mech and puck I’ve got - it’s an old CDX2, whatever that was. My dealer warned about the issue of over-compressed rubber feet which affected some pucks, leaving them prone to a lack of grip, and so said I shouldn’t leave pucks on discs when not playing, as I had done with my old CD5i.

My solution is to store the puck into the metal spike receptacle in the top Fraim level when not in use - this leaves the rubber feet free to decompress and it’s always exactly where I need it. Conveniently, the receptacle is precisely the right size and shape for this use…

Yes, it’s only the pucks with the rubber rings where care needs to be taken. 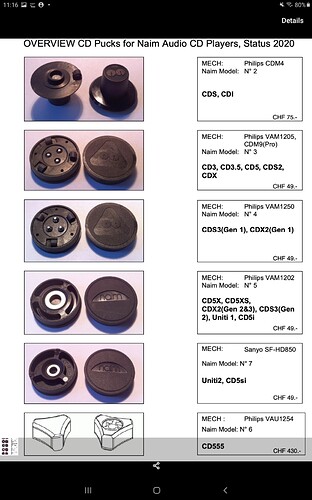 Take the CD out and return the puck. With the CD in the pressure on the rubber O rings is enough to compress them over time.

My old CDX2 used the rubber ringed puck and the cup on the top shelf of the Fraim was an ideal place to store it. 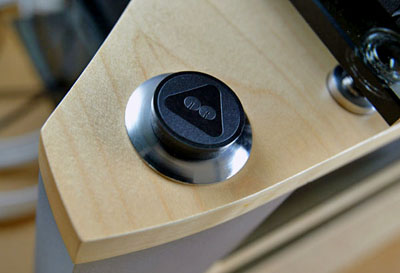 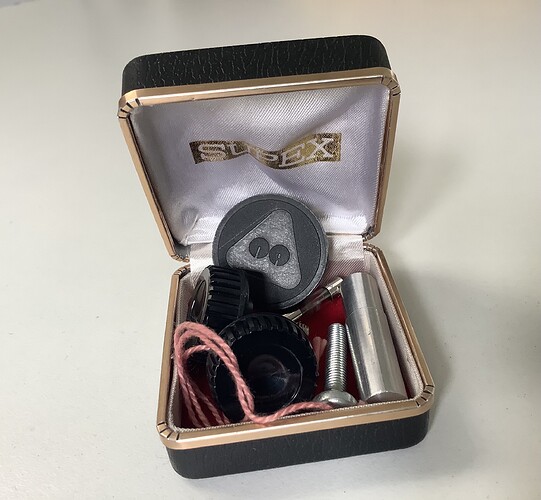 Always stored in the box with the other bits I really don’t want to lose… CD5.

Fellow CD5 owner here, what’s the little piece of pink wool for? Mine is missing :’)

Putting the drive belt back on the Pink Triangle turntable…

Only the cats call it a ‘puck’

When I had a Naim CD player which used the rubbber clamp I finished up with two pucks.
Even with a 555 I don’t leave the CD and puck on the machine after playing it.
Do not loose the clamp for this player. At the last count they were c. £300.

With my CDS3, I just leave the puck upside down in the CD bay off to one side. Never gets lost or dusty that way and the feet are always uncompressed.

CDS3 recent service so new VAM1202 mechanism and clamp 5 as pictures. I have always even with old VAM1250 stored upside down near spindle. Before anyone says it, no it cannot fall inside player I know where it is and no storage problems.
Never had any problems with CDX2 previously using same method. However care was taken because clamp could have fallen inside unit

One on a certain auction site at a shade under 200 beans.

Always removed my CDX2 puck and placed it rubber upwards in a small box not dissimilar to that posted by @AndyR above along with Naim shims; a spare puck and someNaim fuses.