I’m now proud owner of a Qb2. It’s a great little device and fun to use.

However, one thing is a bit impractical. I’m intending to move the Qb2 between different locations with different WiFi networks from time to time. Currently, at a new location with a new unknown WiFi network, one has to reset the Qb2 in order to start the setup routine and let it find the new WiFi network, thereby losing all the favourites and other settings. Is there a way to avoid this? (I’ve found a workaround, using a personal hotspot on a phone for transfer to the destination network, but this only works if you think about this before leaving the old network.)

Furthermore, the Qb2 seems to remember only its most recent WiFi network: when joining a WiFi network in which the Qb2 has been before I still have to re-enter the password. It would be more convenient if the Qb2 remembered more than the last network and try those after a reboot (most recent network tried first).

Apart from that, the WiFi connection has been rock solid so far, mostly using 5GHz. I was able to stream high-res music without any dropouts.

Using 2.4ghz might give you greater range without needing to reset. Perhaps worth a try.

It’s actually two different locations, i.e. cities. So there is no way the Qb2 can see both WiFi networks at the same time, which would be needed for a graceful migration from one network to the other.

Let’s hope Naim can make this a bit more convenient with future firmwares.

In the meantime while Naim think about that, if you can connect your Qb2 at either location with ethernet cable to the router, then you have a quick fix as the ethernet takes precedence over the WiFi and connects via that.

As the wifi networks are miles apart, can you simply rename one of the networks so that it matches the other? That way, the QB2 won’t know it’s even moved.
SSID, password and security type would have to match totally.

I think by trial and error I’ve figured out where I took the wrong turn:

Suppose you have done already the following steps:

The Qb2 is then not connected to any network and will remain in this state indefinitely (I waited for at least an hour). The Naim app recommends in this case, a) to remove the Ethernet cable (not existent) or b) to use the mini switch near the LED.

b) is the point where I misunderstood the documentation. I pressed the switch too long, which erases the entire configuration (name, presets etc). However, when pressed only shortly, the Qb2 seems to start a WiFi setup routine (LED blinking violet) and keeps most of the other settings (you are still asked for AirPlay config, country, time zone, permission to collect crash data).

Not quite as impressive as the Statement flight case, but now the Qb2 is semi-portable… 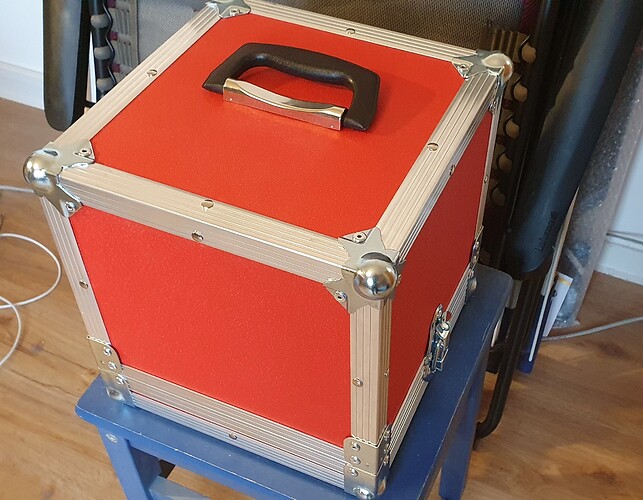 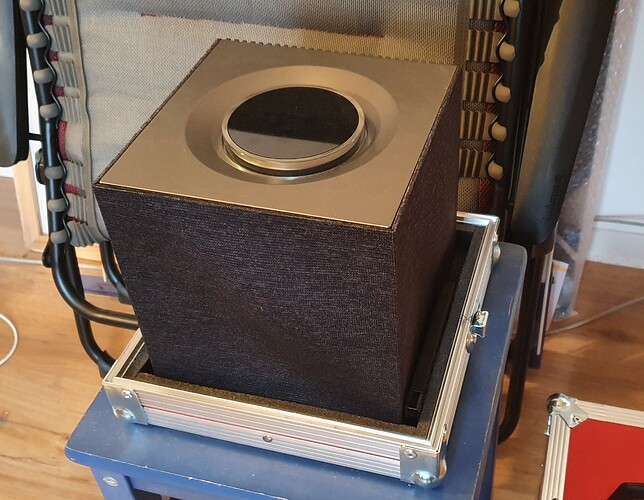