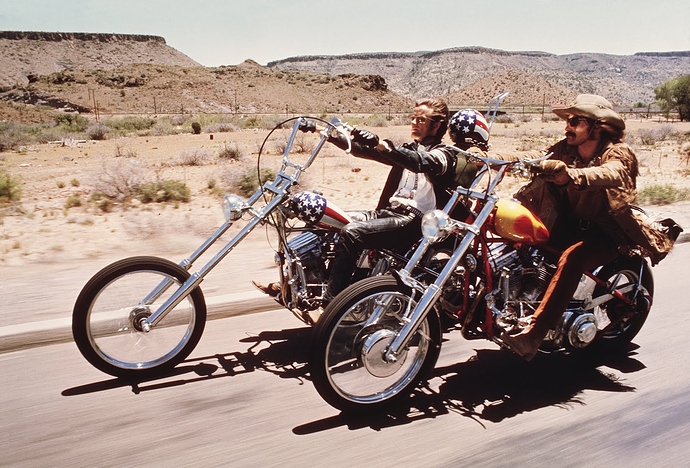 Ghost Riders In The Sky,.both are together now.
Peter Fonda and Dennis Hopper.

“the river flows,its flows to the sea,wherever that river goes that’s where I want to be…”
-Bob Dylan.

Dead is dead - nothing romantic there! I could never understand the need of some to eulogise and wax lyrical about the famous in general, or pop / film stars in particular. I agree they may, in pursuit of their mostly very well remunerated employment, have bought fleeting pleasure to viewers or listeners. Why that should justify columns of national and international press escapes me.

I’ve just re-read above. It’s a bit VM-ish I suppose, but my morning painkillers haven’t kicked in yet (5 days since hip replacement) and I’m feeling grouchy and less inclined to moderate my naturally cynical stance!

Easy Rider epitomised an era for many people including me, and Peter Fonda’s role was iconic. As an unrepentant unreconstructed hippie his passing means a hell of a lot more to me than the pitiful antics of the bunch of clowns and retards that infest the “government” in Westminster. I’m sure many Americans would feel the same about their government…

But if it also helps others to recall memories of happy times in the past, then well done !

I so wanted that poster on my wall at school, although I could not say why; it was just cool.

In 1992 a friend and I went to NY and bought two motorbikes and rode them up to .Alaska and back via California.
Sleeping in a tent most nights for three months.
Inspired by that film and by On the Road…

Hopper went on to star in loads of movies although many low budget some big budget whilst Pete Fonda never seemed to do anything major after this. I’d say it’s his iconic film and i liked him better than hopper in this movie.

The difference is you came back in one piece, but did you find the America you were looking for?

Yes just to ride and ride towards a horizon that never arrives.
Yes racing along the Pacific Coast Highway and avoiding a head on collision with a speeding car.
Yes getting thrown onto the opposite carriageway by a twister inOhio.
Yes sitting on the beach in Santa Cruz and remembering the name of a surfer I had known who lived there and find8ng his number in the phone book and calling him and going round and stay8ng there for a week…
Yes
Yes yes

I remember Peter Fonda playing a bad, cruel and cynical character in one of the Spaghetti Westerns with Ennio Morricone’s theme music. He did the role so well.

I have mixed feelings about that era. Culturally it was wonderful with simply fabulous music, art and fashion. It changed attitudes to human relationships and freed people from the repressive moral mores of the 1950s. Many of the rights we take for granted today have their origins in that period.

It is only now that, looking back, that period left a mixed legacy for the countercultural revolution was mainly middle-class and white, and it left behind a kind of extreme libertarianism that has leeched into technology companies, industry and politics with adverse affects and which has resulted in the rise of populism. Many of the problems we have today have their origins in that period.

Hi Dave - as far as involvement in the Civil Rights movement, the SDS (Students for a Democratic Society) was very much involved and they were strong on the West coast of the USA. I actually saw the long version of Woodstock on Saturday and there were many black faces there both in the crowd and on stage. From personal experience in South London in the sixties, many black people were involved in the counterculture and were always welcomed so I think that is a little unfair to say there was no solidarity and that it was entirely middle class and white. Maybe the fact that it was middle class white hippies that featured most on the media would give that impression but us peasants were also involved!

Your point about the legacy is harder to counter as I agree it is mixed. Rather than libertarianism, I see the worst legacy as the kind of puritan intolerance exhibited by extreme greens for example. It was certainly part of the counterculture to be environmentally aware and respect the planet but to me the overriding philosophy was that of tolerance and and that is sadly lacking in the extremes of the Green movement.

Overall I loved that time - I don’t regret a moment of it and still own up to being an ageing hippie. However the counterculture was far from homogeneous and even at the time I was repelled by the political extremists that attached themselves to the movement so the legacy is bound to be mixed. Overall I think it was a good thing and am still proud to let my freak flag fly!

I find it quite telling that, of the many hours of newsreel footage that recorded the events in the southern United States, there were virtually no white faces standing in solidarity with their struggle. Of course there was much more diversity here in the UK but that is not what I was referring to - the context in the United States was very, very different, where attitudes to race were, and remains, very different. That SDS were active on the West Coast was not an indication that they engaged in the South, precisely where their help was needed.

Facebook, Microsoft and Google - all of them - have had profound effects upon our society and, in my opinion, have been very negative ultimately. I believe their ethos was directly influenced by the ideas incubated during those years.

Dennis Hopper lost about 15 years of his career to alcohol, LSD and other drugs. Somewhere in the 1970-1985 or so time frame. He was “blackballed” for quite a while by the Hollywood business. Much much later in life he got some good roles again, mostly as villians. He absolutely was talented. 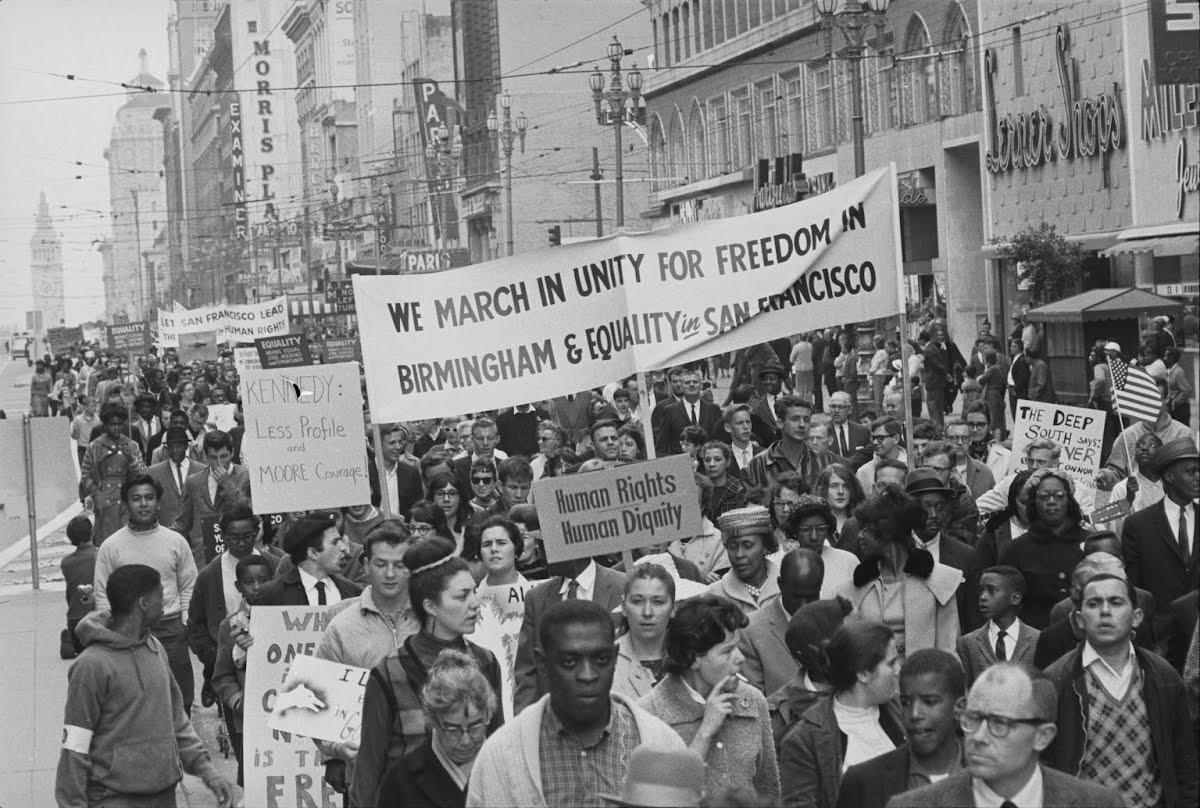 Dennis Hopper lost about 15 years of his career to alcohol, LSD and other drugs.

Yes, but without those he would have been just another actor.