Stephen Sondheim died on November 26, 2021 at age 91. While he is still probably best known as the lyricist of West Side Story, one should bear in mind that WSS was his first show to reach Broadway. He was in his 20s. Over the next 50 years he created some of the most influential musicals in Broadway history, including Sweeney Todd, Follies, Into The Woods, Sunday in the Park With George and more. He currently has one musical revival running on Broadway (a British import) and one revival running off-Broadway. And then there’s this Spielberg film . . .

Here are some links to British performances:

Send In the Clowns

A true genius. His songs reach the listener on a visceral level that few other theatre composers have achieved.

Van Morrison and Chet Baker Send in the Clowns 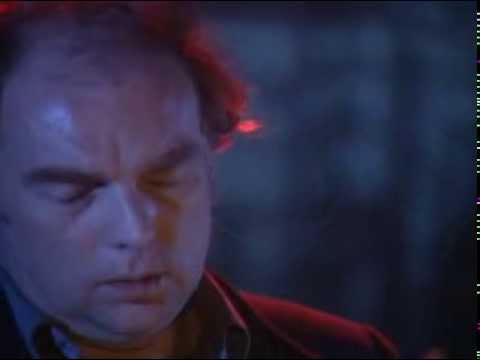 The Broadway Community gathered together yesterday at noon near Times Square.

Listened again last night to the original soundtrack to the Film, recorded in 1960, 61 years ago. It is remarkably good as a recording. Clearly, a lot of love went into the production and I don’t think anything has bettered it since. It brought tears to my eyes last night.

Should have made it clear that I was referring to WSS.

One of the reasons why WSS works for me on a Naim system is its so ryrthmic.
When WSS first came out either show or fillm it was seen by critics, especially classical as just a musical.
Time allows reflection on the worth of a piece of music. A work of its time as all music tends to be.
For me its just a really great work. Not said lightly either.

I agree. It is a musical, of course, but not “just” a musical. There are people that want to try to elevate it to “opera” status because they think that is somehow better or a compliment, but that is putting a square peg in a round hole. Thankfully in the 60 years since the movie (and the show was written well before that) the musical world has realized that musicals can be sophisticated works of the highest level and that they can stand on their own merits without being compared to opera. Bernstein and Sondheim are a big part of the reason for that!

I think we are saying much the same thing in any event.

I’ve spent a lot of time with WSS recently, having participated in a musical analysis class where we worked through the entire score. To my mind the genius of WSS comes from Bernstein and Robbins, who respectively provided the greatest score and choreography in musical theater history. I mean, come on, who writes a dance break (in “Cool”) in the form of a four-part, twelve-tone fugue?

As for Robbins, back in 1988, a time in which I had no particular interest in dance, I saw a performance of Jerome Robbins’ Broadway. The first half ended with a sequence of dance numbers from WSS. It was at that moment that I understood the difference between Broadway choreography and what Robbins was doing.

I have to admit Sondheim’s lyrics for the show do not impress me for the most part. He has pointed out that it’s hard to write a love song, when the only thing the guy knows is the girl’s first name. (His next show, Gypsy, shows a marked improvement.) And Arthur Laurents’ book and screenplay do not stand up. The Spielberg film has a new screenplay by Tony Kushner, best known for Angels in America. Kushner is currently represented on Broadway by Caroline, or Change, which looks at race relations in the 1960s.

I think the big thing for me is it just works. I wouldn’t want to pidgeon-hole WSS. That would be unfair.
For further exploration read the Humphrey Burton biography on LB, very readable, and the BBC4 TV documentary on WSS filmed in NYC and fronted by Suzy Klein plus another who’s name I forget.