Hi, my system is receiving interference from a neighbour who is a keen radio ham.
As a possible solution we were looking at ferrite core clamps around the my Naca 5 speaker cable. However the cable is surely too stiff to be looped round the core. Any ideas of possible solutions?

Might be easier to take a pair of bolt cutters to the aerial lead to the neighbour’s antenna. 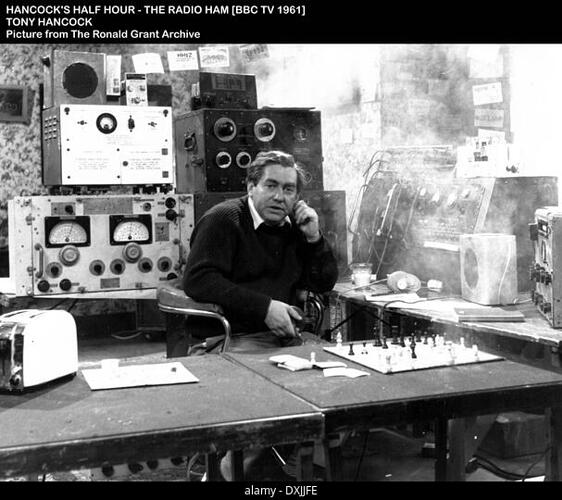 Go talk to your neighbour, if he/she is a real radio ham, they will be interested to know about the problem & will be keen to fix it.

Have done so Mike, we’re working together on this - his idea was the ferrite core

Hi
What system do you have? Are you experiencing the same level of interference from each source (assuming its seperates)? I’m not sure fitting ferrites to the speaker cables will help but I would look at trying them on your power cables. You can get clip on Ferrites for cables that have fixed terminations at both ends.

OK, the standard fix all for radio hams, problem is I can’t imagine how NACA5 will fit in/on/around a ferrite core.
Back to basics …. his transmissions should not interfere, his problem & needs to fix his problem.

Let’s see if the forum resident radio ham has some ideas …. calling @Simon-in-Suffolk

We had this when I was growing up. Neighbour had an aerial the support for which ran up the whole side of their house, it would raise when they were transmitting, and had two horizontal elements basically as long as their house was wide. They used to particularly like using it on Christmas day, speaking to isolated research groups IIRC. The effect was that our TV would be unwatchable. We tried all manner of ferrite cores, and basically never solved the issue. We harboured resentment instead X)

Be interested to know what, if any, viable solutions there are these days.

Be interested to know what, if any, viable solutions there are these days.

Hardly likely the speaker cables are needing fettled its more like a signal cable from somewhere might do a reroute.
Tell him to use his rotator more neighbourly.

…to the interference problem

I too had a radio ham for a near neighbour. Absurd great aerial sprouting in the field behind his house.

But he had the last laugh when he leased the site to one of the mobile carriers for ££££.

Now it provides the excellent 4G signal via which I’m posting this while listening to HD streaming on Qobuz.

I’ve posted previously that I’m getting occasional interference from my phone and iPad. Not as annoying I’m sure as the OPs issue but I’m following this thread.

This wasn’t an issue until I went active and since the speaker cables are the same type (Phantoms), and the Morgana XLRs are the same, just more of them, what’s changed is an additional SC, a Morgana Burndy from that to the SNAXO 2-4 and the SNAXO itself.

If I turn the SNAXO off the interference stops but I don’t know if I should draw comfort from that and say it proves the cables are not acting as antennae for this interference. If that is valid though I assume it would point the finger at the SNAXO. I also thought the Morgana range was built to provide screening from WiFi and similar so I’m not looking there for the culprit.

The passive crossovers I used before (standard naim SBL) did not permit this interference. A ferrite core is often the solution to RF interference I’m told but may not work for me. That said I’m not keen to add anything that might impact performance all the time for an occasional interference issue.

There are many variables, not least what frequency band is causing the break through… lower frequencies at 7 MHz and below can be troublesome and higher frequencies at 28 MHz or higher.
Assuming the antennas are the prescribed distance away from the living area for the given power used the break through energy should be minimal.
Ferrite beads might work if it’s for higher frequencies, but unlikely to be beneficial for lower frequencies… you might find changing the orientation of the NACA5 and/or mains cabling might be helpful if not ideally practical. The operator might be able to move the antennas or use a different antenna design, especially if low frequency wire antennas.

However the licences operator might want to check if using unbalanced antennas that they are using true earth, and not mains ground… especially if mains is PME… again your operator should know certainly if a full licence owner which has highest power but most stringent examination to pass.

Gave me a chuckle