Bought new as as complete system in about 1988, used a lot until 2005, when I moved in with my current wife. There was really nowhere suitable to set it up at the time, so it languished in the loft, but SWMBO has decreed that (with reservations) it can once more be set up as part of the reorganisation and redecoration of the living room.

The LP12 is being serviced, the Valhalla is being replaced with a Lingo (in part to allow her to play her large collection of 12" singles without the fuss and bother of the 45RPM adapter) and I am debating the wisdom of replacing the original bearing (which still has life in it) with a Karousel while I am at it. The arm is fine and the Asaka has a bit of wear but has a good couple of years use in it before I need to retip or replace it.

The electronics will be refreshed by Class A, as soon as I can find some suitable boxes to send them up in as the originals were lost many years ago in one of my many house moves. This search has proved somewhat challenging so far to say the least!

I had a brief listen, and even in its neglected state I found myself involved in the music in a way that has been lacking in my life with digital media (for all its convenience).

The ES14s still seem to be in good nick, although the stands are in need of a bit of titivation. I had naively though that they would be the only part of the system that would not require any attention until the Memsahib remarked that she thinks that they are hideous.

Knowing the futility of countering this with any argument over their undoubted (to my ears at least) sonic virtues, I managed to maintain my sang froid and further questioning established that to preserve domestic harmony stand mounted speakers are not going to be acceptable.

Having been out of the loop for so very long, I have no idea what I should be looking for, and would be most grateful if the collected wisdom here could help me shortlist possible candidates.

Obviously I will let my ears make the final choice, but the parameters are as follows:

Floor standing. (She likes the look of the Linn Majik 140)
Need to be sited close to wall.
Sounding similar to the ES14s.
Suitable to be driven by my existing electronics to a reasonable volume.
Budget up to about £1500, either new or used in decent condition.

Apologies for the lengthy post, and thanks in advance for any help.

How about a really nice pair of secondhand SBLs? You’d likely have money left over for an upgrade too, such as a Hicap.

Thanks, I did audition a pair of Mk1 SBL when I originally bought the system. As I recall, in the much larger room that I listened in then, the ES14’s just edged it as I was able to give them space to “breathe” and the 140 seemed to struggle to get the volume I wanted out of the SBLs. I also recall price being a factor!

Will show herself a picture of them and see what she thinks. Will start looking for a clean pair of Mk 2s in something other than the ubiquitous black ash which I know she will hate!

I second the sbls but it they look to weird in your and your beloveds, you can consider the Naim Allae which looks more similar to the Majik 140

The Mark 2s are definitely an appreciable step up, especially the last ones with the Hornslet cabinets (all over veneer). The big advantage with something like the SBLs is that they work close to a solid wall so don’t dominate living space like most other speakers.

PMC 25.23’s would be a good match, assuming you can demo them. Slim good looking floorstanders that can go close to wall due to front porting. You can get them secondhand for about £1500

Have a look at the Kudos range, maybe…? Definite synergy with Naim…

Will show herself a picture of them and see what she thinks. Will start looking for a clean pair of Mk 2s in something other than the ubiquitous black ash which I know she will hate!

I got my SBLs without ‘approval’ but I knew they were going to sound fabulous in my room. We have an old house with solid walls, not too big dimensions. My wife was quite upset, until I moved away the old in the middle of the room standing otherwise booming ported loudspeakers, and pushed the resealed SBLs against the wall. After connecting them we enjoyed a much more delicate and sophisticated sound. Not a single argument anymore since then because they can be positioned so discretely.

Delving into the deep and dark recesses of my memory, I have a vague recollection of also being slightly put off SBL by the dire warnings about difficulties in set up, gaskets turning to glue, spikes getting pushed in too far and so on. How afraid should I be?

From what I have read, about the SBL’s, they are more of a hobby, than most speakers… But once sorted, I expect they are very good.

I could have gone that route, but instead got a pair of pre-loved Kudos X3’s.
SBL’s remain on the Wish List, still…

You, sir, are a braver man than me! I doff my hat to you.

It’s nothing too difficult unless you’re like Mr. Clarkson and can only operate a hammer for any minor maintenance or DIY job.

It’s nothing too difficult

Providing the new owner is up for sourcing the needed replacement parts, sealers, etc…

Hmmm… Should I start looking for some SBL’s… No, priorities - finish what you started first…!

Reading between the lines, how the system looks and interacts with the domestic environment is very dear to SWMBO

What about these as an alternative to the Linns ? 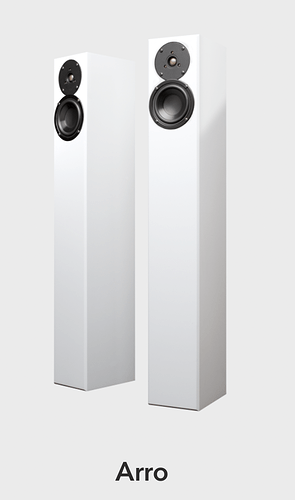 Looks wise, they certainly fit the bill. Added to shortlist.

Or… thinking laterally, how about a classic pair of used Linn Kans, on the Mk2 stands…?

The SBL Gasket kit appears to be available from some Naim dealers online, so shouldn’t be too hard.

Kans were very much on my shortlist all those years ago, I was toying with the idea of getting a pair now, but they are definitely off the table. No stand mounted speakers will satisfy unfortunately.

Speakers from Neat are well liked, and are also quite small compared with others.