Came across this on YouTube, which I thought was rather good: 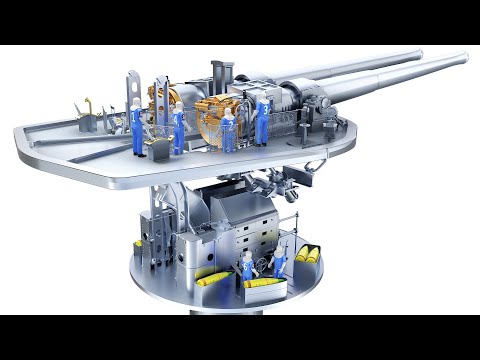 I have a connection to this. A maternal Great Uncle of mine, Harry Freeman RN, served in the Gun Crew (I was told), on board HMS Revenge, which was at the Battle of Jutland.

Fortunately, Revenge was part of Jellicoe’s main battle group and so saw little action - in contrast to Beatty’s battlecruiser group.

Uncle Harry survived WW1 and lived to the age of 70.

Wow, the CAD in that video is amazing. Very cool.

Yes, a lot of effort there.

I assume that this is for a relatively modern gun design… Given the amount of automation. Maybe WW2 vintage…?

I just learned, courtesy of Wikipedia:

It was deployed on capital ships from 1915 until 1959, and was a key Royal Navy gun in both World Wars.

I remember looking at the big (huge) guns outside the Imperial War Museum, I think they might be examples of this gun? 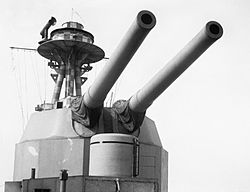 The BL 15-inch Mark I succeeded the BL 13.5 inch /45 naval gun. It was the first British 15-inch (381 mm) gun design and the most widely used and longest lasting of any British designs, and arguably the most efficient heavy gun ever developed by the Royal Navy. It was deployed on capital ships from 1915 until 1959, and was a key Royal Navy gun in both World Wars. This gun was an enlarged version of the successful BL 13.5-inch Mk V naval gun. It was specifically intended to arm the new Queen ...

Well, the Animation on Wikipedia seems to match the YouTube - so maybe they are the same. And were brand new tech, for RN ships at that time…?

Looks likely that these guns were on Revenge - which was part of the next group of ships, after the Queen Elizabeth class…? I wonder which crew member Harry was…? He was very young - actually under age, so probably a junior member… 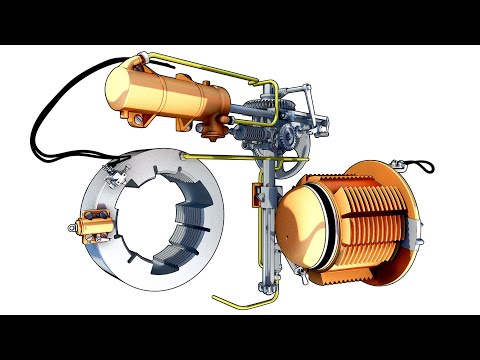 Jeezzz… the amount of machining involved with these parts, is mindboggling… 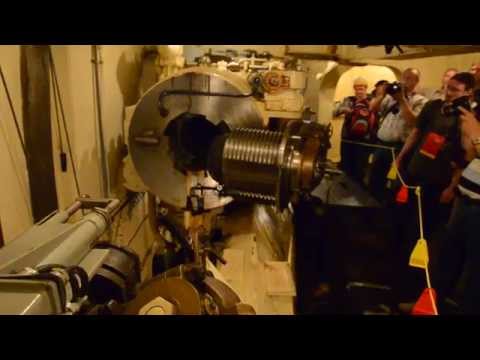 They are indeed 15” guns from different vessels. I believe the navy played around with concepts of mass vs muzzle velocity before deciding to go with a heavy shell in a 15” gun for WW1 and saw no reason to change later, with HMS Vanguard the last to mount them. A friend of mine at university studied naval gun ballistics and the physics of what happens when one of these 1 tonne metal blocks collides with armour plating, and it was fascinating but I was more interested in beer, girls and music so I don’t remember the details!