Hello, first post for me and it is to get some advice guys.
I did some cleaning in my set up and had to move some Fraim levels. I found out that half of the stainless steel balls are covered by rust. All the other stainless steel “hardware” looks kind of old, not shiny like when I first got it.
Must say that I first installed the Fraim about 6 years ago and never properly cleaned it. I live in São Paulo Brazil, not a very humid place compared with some British locations.
Have you ever experienced this problem and how could I solve it?
Thanks in advance for you valuable help.
Anteo

This past weekend I broke down my Fraim to do a re-build and was very surprised to see ONE set of hardware at one corner of my base to be rather discolored, “rusty” looking. I disassembled it and cleaned it up quite a bit, but could not get it looking new. I put those parts back in the rear of the base where they aren’t seen.

But I dont know why that happened. 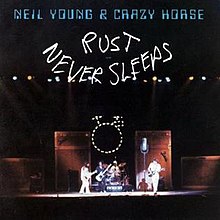 I only own 3 sets of cups and balls not a whole Fraim but 50% are showing signs of rust.

Stainless steel is not immune from rust, some grades are better than others, but don’t be too surprised. Brass cleaner is the fix

It has been discussed before on the old forum. I can’t recall which number stainless steel is used but IIRC it’s not totally immune from oxidising discolouration in higher humidity, or salty and humid climates.

Note that the balls are not stainless steel - they are mild steel as this sounds best. They can definitely go quite rusty if not cleaned off from time to time. Luckily they are relatively cheap to replace, however, it should be quite simple to clean them off from time to time. For very humid places, stainless balls used to be available as an option, but with a slight performance penalty.

When I lived out in the Caribbean there were different micro-climates on the islands and in parts of the same island. One particular island, Grand Turk, had/ has a particularly devil’s brew mixture of high temperatures/ humidity/ extremely high salt content in the air. It was highly corrosive and played havoc with the electronics in people’s cars. I had a top line portable sony cd player/ radio which suffered terminal failure of its speakers - they simply rotted through and collapsed! Whilst the UK appears to have high humidity levels, I am sure there are chemists who could explain the science, but we don’t have that corrosive cocktail of salt content and high temperatures which like to attack various materials. At least that’s what I’ve found in London - may be different in Cornwall!!

Nothing is immune in Cornwall! Best quality available stainless steel pits and oxidises within 12 months when outside. Irritating, but a price worth paying for living in God’s own County!

I suspected that may be the case!! As you say, a very acceptable compromise!

I find WD40 works well as a cleaning agent and adds a layer of protection against humidity. If rust is bad then immersing in a glass of Coca-Cola for half an hour or so is another cheap and labour-free method. Just don’t drink it afterwards!

Just be careful if you use rust remover. Don’t leave it on too long or it can stain the metal black and it’s a devil to get off.

There will be a significant difference between salt levels in the air in coastal regions compared to elsewhere in the UK (though I don’t have any analytical data) - external stainless steel and aluminium needs to be of marine grade to avoid significant corrosion. But I am surprised to learn that is the case indoors, only thinking of it as an external issue. As for places like the Caribbean islands, humidity there can be very much higher than UK, the warmth making the air carry more moisture: Unlike human comfort where we talk about relative humidity, I think the corrosion of metals is related to the absolute humidity. Maybe the answer would be to gold plate the balls etc,

On a different tack, differences in humidity and temperature may make systems sound different,

Well, I understand the oxidizing is pretty normal, just thought the Fraim would be kind of “indestructible”. I will have to dismantle again or just stop thinking about it and hope I can make the next upgrade (252+SC) quite soon and clean all the stuff at that time.
Thank you very much for your valuable help. This is a really great forum!

Anteo, it’s always been a bit disappointing and agree with you that such a simple resolution to tarnishing or corrosion should be standard, but it seems unless enough complaints are registered, nothing will be done. Even in a dry household, away from the coast, the difference in high/low temperatures, is enough for rust to form on Fraim chips too.