It seems that to get the best out of these speakers, it’s as if you have to win the New Year’s lottery …

I’d like to hear your opinions … how much are they still considered amazing or not anymore?

Have a look here:

Hi Friends I have B&W CM1 / CM5 loudspeakers and Ovator 600’s. The Ovators are mostly used to listen to Organmusic and singer / song writer kind of music in my home office and they suit that purpose very well. They seem to do 50% of the music extremely well, and 50% of the music sounds dull. The drawback is that they have educated me on the downside of the B&W’s in my living. I miss detail using the B&W’s and I experience that horrible mid bass focus which I’ve noticed with most of the B&W lo…

I love them. For me, the search for loudspeakers has ended. I have not a single cell in my body what would consider other loudspeakers (well maybe SL2’s) since these loudspeakers integrate so well in my room and I can upgrade for the next 10 years on the source and amp side without outclassing the loudspeakers.

They go really deep, they are small. They don’t boom, they are fast, they are well build. They have a very good balance between low and high - much better than what I had before.

Yes, they need correct installation and will get better as your system improves. They like vinyl, but my CDS3 also works well. Just remember they were designed to be on the end of a top class system and like being activated.

I also have the new rega P6 with exat as source…should be fine?

I got good results with a 180 back in the day, but the magic continues to be revealed as the system improves. Great second hand buy as you can always move them on. 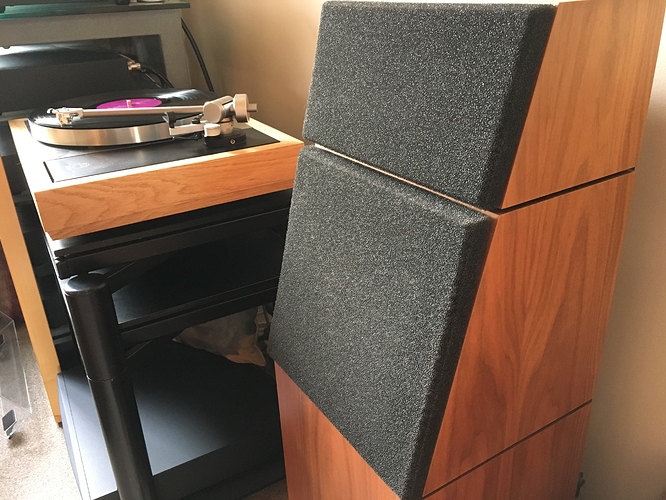 I run them currently on a lowly 72/140. Fed by an Allo DigiOne into a Chord Mojo.

… my wife was asking if the extra space was to store the CD’s - she has good senses for what might come if finances allow.

I’d like to hear your opinions … how much are they still considered amazing or not anymore?

SBLs like solid brick or stone walls, and concrete floors.

Plasterboard/stud walls will make them sound compromised, how much will depend how wobbly and boomy the stud walls are, but they still may sound ‘okay’ when used with a smaller amp such as a 200.

SBLs use the mass of the wall behind them to produce excellent natural and detailed bass, but this design feature can in turn store vibration [energy] in walls that aren’t solid enough. So always better to have a turntable wall shelf on a different wall than the SBLs.

What should decide whether you buy SBLs is your room potential.
Lots of advantages if they do work in your room, close to wall compact is practical, superb sound when set up right, and fantastic value for money, well worth the faff.

It’s the 250 that really gets the SBLs going, and it will make them sound a lot larger too. That said, the 200 is perfectly good enough for now. The ‘classic’ front end is of course the LP12, and given that you have a 282 a better deck would not go amiss. Again, like the 200, the Rega 6 is fine for now. As others have said, you can throw top level sources and amplification at the SBL and they will keep on giving.

There’s nothin lowly about the venerable NAC72 used on any CB or olive NAP ; )

You could consider moving the rack & TT shelf further away to another wall [but avoid corners] and use longer NACA 5 if necessary.

Unfortunaly i can’t move the rack and the TT anywhere…

Do you think i can try anyway?

With a bigger amp [ = more bass ] it maybe feasible to compare the TT on a rack shelf if the floor is concrete vs wall shelf, but only one way to find out : )

Which TT shelf have you got? 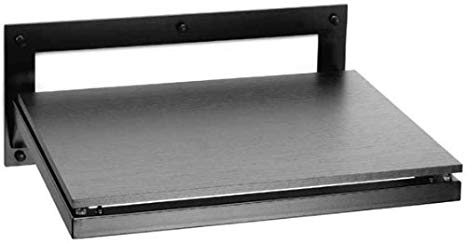 I bought my SBLs from mr halibut in 2007 - used in main system from 102-180 to 52-300. Now replaced by SL2s in the main system but I have the SBLs in the loft running on my unitiqute. Not against a wall and the floor isn’t at all solid but still makes some very listenable and musical noises so not worth selling…

As above really, not much more to add apart from.
I still have a pair that i no longer use and up till moving rooms a few months ago they worked well, even with me sound deadening the stud wall, they still did not really work the same.
So i have moved on, but still have them and dont think i will ever get rid off them, as they are not worth selling these days.
I ran mine active with 2 x 250 olive amps and the sbl’s liked this set up and if i was you i would look at going that way as it makes a huge difference

I find a brace of olive 250s runs them very nicely.