Every now and then I encounter review or other writing that references Scott Walker is reverential tones. I don’t think I have ever heard a single track by him.

Where do I begin in his catalogue?

You can buy a pack that has Scott 1, 2, 3, 4 and Til The Band Comes In quite cheaply online, that’s a great place to start.

I would start at Tilt - this is like no other album you’ll hear. You will either hate it or, as I do, love it. Musically and lyrically challenging. Farmer in the City is the opening track based on Pasolini‘s 1969 poem One of the Many Epilogs in the context of bidding at an auction. The Cockfighter is about the trial of Caroline of Brunswick and Adolf Eichmann. Bolivia '95 is about South American refugees, Not the usual crop of love songs or dance tunes.

If you like Tilt then try The Drift, which goes even more left field with song themes such as Mussolini’s mistress. This album has percussion on a side of beef. There is a film 21st Century Man made by Scott that explains it all.

OK if you’d like something more song based then Scott 2 or Scott 4 would be the place to start. Scott’s English versions of Jacques Brell classics are superb in a stupid ass way.

If you want to bridge the gap between Scott the singer and Scott of the avant-garde then try the Walker Brothers Nite Flights or better still Climate of Hunter.

Please click here for a link to The Electrician. It is not about your average sparky.

You need to digest Scott’s work from The Electrician onwards slowly, it is not an easy listen, so take it easy on yourself and you’ll have no regrets. Though I find Who Will Come To The Ball and What Will Come to the Ball very hard work - please don’t start with that one.

I would start at Tilt

NO definitely not a good starting point at all - this and the others that follow are for the likes of me dedicated Scott fans. The starting point is Scott 4 then work back to Scott 3, Scott 2 and Scott then on to Climate of Hunter and then Tilt.

Scott 4 is up there with the greatest albums ever made it is a masterpiece.

Start with Scott 3 or Scott 4, then add their two predecessors and When The Band Comes In.

His latterday works Tilt, The Drift and Bish Bosch are all masterpieces but very challenging and not for everyone. Climate of Hunter is great but the production is a bit 1980s. The collaboration with Sunn0))), Soused, is surprisingly accessible and the mostly instrumental soundtracks Pola X, Childhood of a Leader and Who Shall Go To The Ball? are all difficult but ultimately rewarding.

I might check him out, I’d never heard of him before. I’m too young

Off course, in true Forum fashion, there is diametrically opposed recommendations on where to start

I’m not a huge fan but I find myself agreeing with @TiberioMagadino on this. The narrative around Scott 1 to 4 is tired at best and any of those albums could lead you believing you’re listening to another MOR singer who either will or won’t be to your specific taste. Tilt is absolutely a great place to start. Having read @BruceW posts over many years I suspect he’s open minded enough to ultimately appreciate both extremes but if you’re genuinely looking for new sounds and something stimulating I’d go for Tilt rather than Scott 4 any day of the week.

Yes there’s alway experts but my suggestion was based on others on the WAYLT thread and where I started. I got them cheap just before he passed away, and they were all in one box set. Not all are great.

I should add, the 1970s albums Stretch, We Had It All, The Moviegoer, and Any Day Now are mostly MOR/country flavoured and are of little interest to all but the most fanatical fans - indeed Scott himself disowned them and some have been out of print for years.

The Classics & Collectibles double CD is an interesting roundup of oddities, B-sides etc. The best compilation is Boy Child, but there’s also the - now rare and expensive - box set Five Easy Pieces. If you’re interested in vinyl, the mono LPs of Scott and Scott 2 are worth seeking out.

Great stuff, thanks. Looks like I need to make a start somewhere and see how it goes. 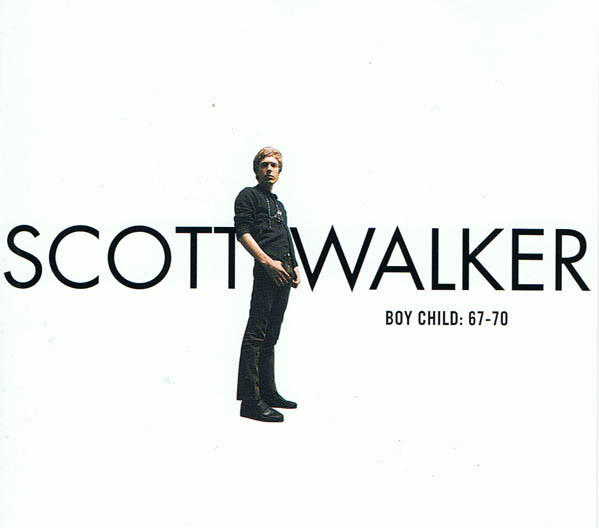 I started a few years ago with this compilation, Boy Child (mentioned above by The Kevster). This is an excellent introduction. At first, I thought it was a bit odd, but after a few listens I loved it. I then acquired the individual albums, Scott 1 to 4. As for his later, more challenging work, I’ve listened online to a bit of this, but not yet taken the plunge on buying an album.

I should add, the 1970s albums Stretch, We Had It All, The Moviegoer , and Any Day Now

Scott wanted those albums deleted - I have them, but rarely if ever play them. His very early material such as Meet Scott Engel and Humble Beginnings are only for completists really. I’d say the same for Scott Sings Songs From His TV Series (I haven’t heard the recently released 4 CD set only the original single LP)

With Scott if you listen to Tilt, The Drift and Bish Bosch and compare with Scott 1-4. it’s like listening to two very different artists.

Yes as you say, there is always the box set 5 Easy Pieces, which is a great listen, but not sure how easy it is to find now (just checked the price on the River and far too expensive now, which is a shame)

But @brucew, make it easy on yourself and start with 3 or 4, or one of the “best of” collections

I agree with @TheKevster and @AndyP to start with 3 and 4 or as @Pete_the_painter suggests, jump straight in and buy the 1 - 4 box set. If you aren’t familiar with the Walker Brothers either then one of their Best Of albums are also worth a listen.

I don’t think I have ever heard a single track by him.

Surely you have heard Mathilda.