I currently have the chord Epic on home demo. It sounds great but it is just too bulky to lay under carpet.

Chord do an installation cable called odyssey which is identical to the Epic but without the shielding. This means it much more user friendly to lay in terms of flexibility. It’s also half the price

I’m doing a shielded vs unshielded demo test at the weekend, but can some folks share their advantages and disadvantages with these different types of cables please?

I think after you do your test you will be the expert in this field at least for your location
as this is the prime consideration. Speaking purely for my self you can read the sales pitch
that convinces you shielding is needed but most do not make two versions of their cables
and this should tell you something.

I can’t see why a screened speaker cable is needed in a domestic install. What is there with so much RF or EM field to need a screen for ? in most cases its a very low power cable (or two) at one end, the rest is, in most cases, open floor.
I suspect its marketing hype & a feature to ‘big up’ the price. But hey, who can say, if you try it & hear a screen is better, & you think its worth the extra, go for it.
I’m sticking with my Odyssey.

Is the screening grounded?
I have Epic X speaker cables factory terminated and they aren’t. Well I don’t think so.

Interesting…
If it isn’t grounded
…and…
If it is really blocking electromagnetic energy
…then both classical and quantum theories would dictate that the shielding shout heat up!

Not sure how that works effectively as shielding then from emi or rfi?

A screened speaker cable makes no sense. Screening or Shielding is to protect low level signals from incoming EMI. Phono cables are screened for this reason. 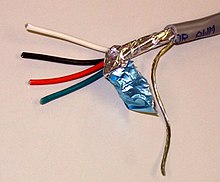 A shielded cable or screened cable is an electrical cable of one or more insulated conductors enclosed by a common conductive layer. The shield may be composed of braided strands of copper (or other metal, such as aluminium), a non-braided spiral winding of copper tape, or a layer of conducting polymer. Usually this shield is covered with a jacket. The shield acts as a Faraday cage to reduce electrical noise from affecting the signals, and to reduce electromagnetic radiation that may interfere ...

It’s just adding to the capacitance if it’s not grounded, probably better off without.

When I posted this, I expected a raft of replies along the lines of “of course it should be shielded” as the proprietary cables from the Chord Co are all sold as shielded. I have now picked up the unshielded version and on initial listening, I can’t discern any difference.

I’ve also gone back to my previous QED XT-40 and the leap in performance is there with both shielded and unshielded versions.

Begs the question why Chord Co push this so heavily on their cables. But the good news, is the unshielded version will lay neatly under the carpet and its the half the price!

What a good question. Snake Oil…?

Chord writes a lot of questionable or at least unexamineable stuff. As do others, of course

Agreed, not a new and interesting topic either

Actually I think there is something in this. I’ve just dug up the road to shield my Mains cable, and the difference is amazing - so much airier when the ants cant get to it 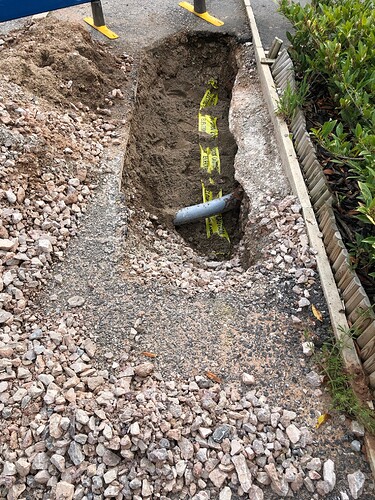 I hadn’t intended to open previously opened cans of worms! My OP was a genuine question, however, having listened for myself, I’m very happy with the performance, price and user-friendliness of the unshielded version and that’s where my money will be going

I think Epic X, if it’s the thick dark grey cable is the shielded version…

the shielding shout heat up

It will - but neither classical nor quantum theories claim that the heating effect would be noticeable. Moreover, the high thermal conductivity of metals would mean any thermal energy dumped in the cables would be quickly conducted away until an equilibrium were reached.