I have grown to love my Purple 52 and matching PS. 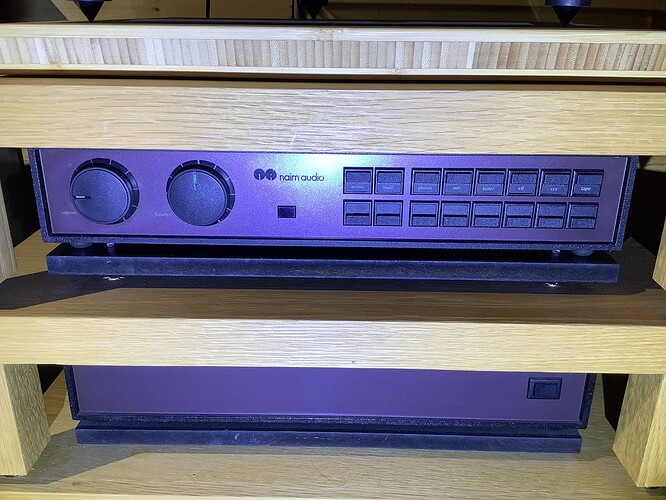 I have noticed a number of Members referring fondly to their 52PS. I had always understood that the Supercap, which replaced it, was a great improvement on the 52PS.

Have I missed something, and is there a debate on this?

Hi Graham,
I’m not aware of much debate about it. I bought my 52/SC from a Naim dealer. It was his personal pre-amp, not the dealership’s. He had his 52PS converted to a Supercap back in the day and wished that he hadn’t. The consensus, if there is one (!), is that the 52PS is the better power supply….

I would go for the E type, but I’ve had a Supercap for over 30 years.

There must be a reason why Naim introduced the Supercap to replace the 52PS. And I don’t suppose that it was just a whim!

What he said plus there was some legislation that the 52PS didn’t meet (to do with having having two toroidals I believe). It wasn’t because it sounded rubbish

One of the many:
https://community.naimaudio.com/t/nac-52ps-vs-supercap-olive

The lack of consensus looks wider that that - some seem fans of a 52 with more modern iterations of both power amp and power supply, most obviously running a 52 from a SCDR.

The 52PS was supplied with the 52 from 1990-95 and Supercap for another 7 years after that so I would imagine a majority of 52 owners will have a Supercap. I wonder how many actually “upgraded” to the Supercap? How often do we see a 52PS for sale on its own? I think it’s one of the lesser interesting debates.

As an owner of an olive SC (so no DR) with my 52, it is probably more interesting to me than to those here who have nether - fair enough.

I do remember dealers talking about this over 20 years ago, but don’t know how many 52PS owners were persuaded.

Could the 52PS be upgraded to Supercap, if the owner wanted?

Or, if the change was forced on Naim, did most 52PS owners choose to leave ‘as is’?

Nap 135s are actually appreciating in value. I’ve bought two pairs in the past 3 years and I paid more the second time round. Between the NAP 135 and a 300 I’d pick the 135s every day. Much more engaging listen. And the 135s drive difficult loads better than 300 in my experience.

I prefer 52 to 252, so I know what you mean about engagement I think. I found 300s uninspiring, but recommendations that 52 and 300DR work well in that respect seem true to me - on the basis of 1 day’s listening so far.

135s certainly are going up. A newly-serviced set looks to cost £3K or more. Had they still been close to £2K, I would probably have tried to save a bit with patience but gone 135.

There was a 52PS to Supercap upgrade scheme that Naim ran. Essentially all it involved was sliding out the old 52PS innards and sliding in a new Supercap innards, and then retaining the older serial number for use on the “new” Supercap.

Some of the old 52PS units were then converted for staff use usually to power a Prefix - I had one such and it was very good indeed, almost as good as a Prefix powered by a Supercap.

52PS Can’t be “upgraded” as such but can be swapped for a Supercap and vice versa. Either the whole thing or internals swapped out. The internals are totally different. 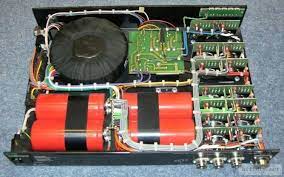 Thank you, Richard and Paul.

Using a 52PS just to power a Prefix seems crazy, but it must have seemed like it was on steroids. Was it using the full ‘welly’ of the Prefix, or just a little of its potential?

It only used a couple of the regulated supplies, much in the same way as with a Supercap.