Show us your tats

I could not resist this … but perhaps there are real examples out there by Naimites? 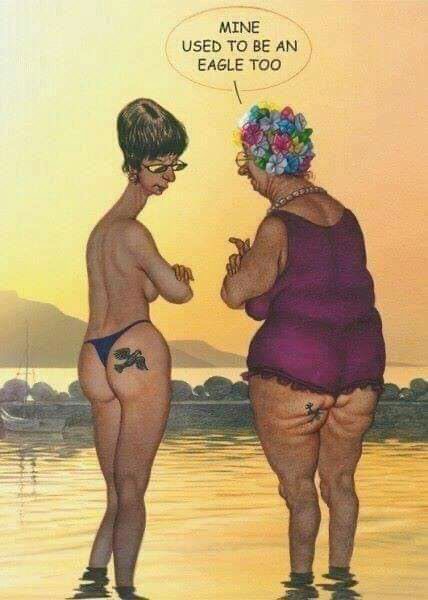 See my profile picture, it’s not swum south yet or turned into a flounder. Yep I am a pisces.

I would be tempted to tattoo L on my left foot and R on my right so that I put the correct socks on in the morning.

I like them but wouldn’t dream of having one because I don’t have the right body. I think they can look great on cricketers and rugby players but for some reason, less good on footballers. As ever, the artistry is vital and some can look a bit home made.

does anyone have a Naim tattoo ??

I think they are an interesting tribal phenomenon. Hence they make sense on rugby players, and as cricket appears to becoming a more muscular game perhaps they also have a place there.

I would not countenance them, perhaps of the generation thing, but also the association with that other tribe: jail birds. Nether the less, it is a fascinating subject. And at at time they are things of beauty as well as identity. Each to their own.

Within human art history the objectification of the body has always been subversive.
Throughout time and fashion this subversification has been appropriated and defined, ready for the next.
At present the human species seem involved in subversively objectifying their own identity.
Perhaps some trait left from their ancestors.

Certainly ancestors in my case, my grandfather whom I spent a lot of time with as a child he was ex navy complete with a lady who could dance with the correct muscle movements. As a teenager I was banned from having a tattoo on pain of being disowned and financially unsupported through university, my parents disapproved of grandad for his many transgressions of the normal. I thought he was fantastic you knew you were nearly at his house by the music blaring out as excessive volume from his hifi, a Garrard, Quad and some home made full range speakers! The though of having a tattoo never entered my mind again until I was 50 and had visited Japan regularly for 10 years, the yakuza outside of the main tourist centres are surprisingly viable in onsens, despite what the media would have your believe. They are not something you can miss when you bllck nakid in near boiling water. Parents long since dead and a second wife who came with a large rose tattoo there was nothing to stop me. It was done in Tokyo its a ½ sleeve so is only visible when I want it to be. Done by the traditional method it was quite painful and cost the same as a mid priced Naim box. My son shook his head and raised his eyes to heaven when he saw it. The year after I bought a Buell motorbike… I’m turning into grandad… he had a Norton… growing old disgracefully!

Excellent - I like the navy link followed up with the Japanese. Great story.