I have combined my AV and music systems for as long as I can remember and it’s always worked well. A low level signal from my Yamaha AV amp to the N272 for the front left and right speakers means I get the best of both worlds for music and video.

The AV amp is getting on a bit now, but the real (first world) problem is that it’s so big and there are so many features that I don’t use - even more so on the newer amps. I’m looking to tidy up the boxes and get a better rack (probably Fraim) and the standard AV amp would look a bit odd.

I am looking for a smaller, more simple amp that only needs to do the following:-
Good quality signal processing (5.1 is enough for me).
Low level signal out for the front right and left speakers.
Amps for the centre and two rear speakers.
A sub-out.
Smaller compact size.

Does such a product exist? I’ve had a look and couldn’t find one so I thought I’d ask the question.

I went through a similar cycle myself recently.
I had an Arcam AVR 350 as the main amp in a 5.1 TV setup.
I looked at a number of options including adding a Supernait 2, a Uniti Nova, an Anthem AV amp to replace the Arcam amp and various other general purpose yet feature rich surround capable integrated solutions.
The original setup had a NAIT XS2 driving the front channels but overall I had a lot of cabling and system complexity such as a USB DAC, Mac Mini, Optical digital cabling, a phono stage and so forth.
Ultimately I ended up with a Linn Selekt DSM which is configurable to support 5.1 audio, does all the streaming and Internet radio stuff and has a good MM/MC input built in.
You can even upgrade/replace the DAC independently of the power amp modules and the multichannel processing card and HDMI switch are also modular to allow for changes in the future as needed.
This appealed to me as it was a system I could grow in to and modify at a modular level over time as specific improvements or enhancements were developed by Linn.
I’m currently running that in a hybrid mode with the DSM acting as a stereo integrated driving the front channels and the Arcam amp handling the surround channels, over time I’ll upgrade the DSM to a point where the Arcam is removed entirely and repurposed as a playroom amp for the kids TV.
I’ve had it a few months now and can comfortably say it has exceeded my expectations in terms of setup, features and performance, it’s very compact and truly a high end all in one solution that isn’t big and ugly like almost all AV amps and gave a far better solution than a Nova or Supernait could offer.
It has Linn’s Space Optimisation capability for room correction built in and can support Exakt active speakers if I ever decide to go that route down the line.
As you can see from the photo in the current configuration it’s not much bigger than an Atom in terms of footprint and fits in with the decor and setting much more easily than your typical all in one AV amp. 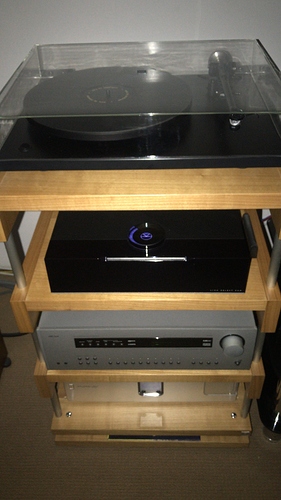 Thanks for the reply. I hadn’t thought of that approach so I’ll look into it.

I’m getting a bit fed up with the lack of news (one way or another) about a possible N 272 replacement so a look elsewhere might be on the cards anyway.

Take a look at marantz the new 1711 model would suit you. 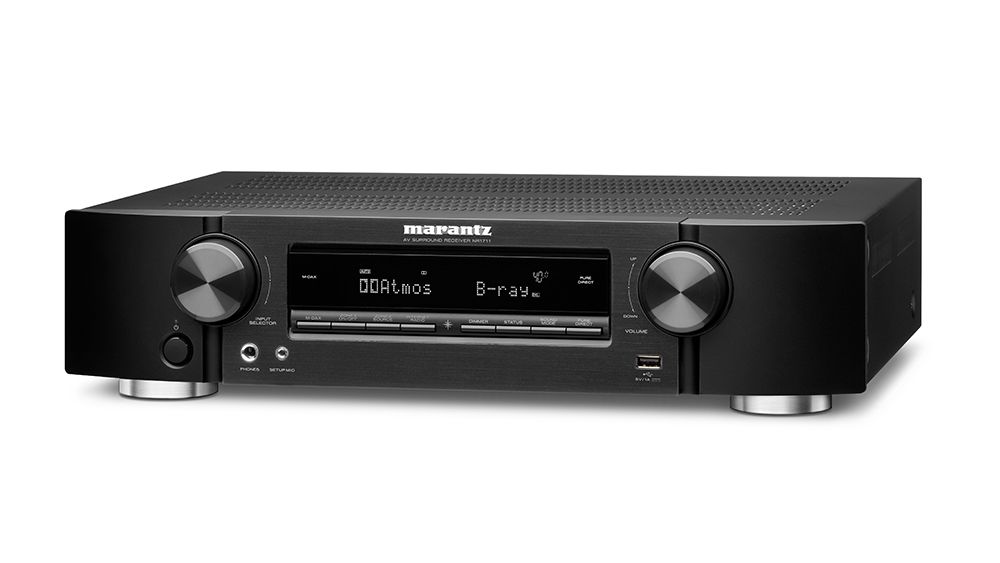 HDMI 2.1 features inside a half-height chassis


There are also last years models the 1710 which is “only!” 4k but you’d probably find a good deal at the usual high street stores.
Also available in silver.

I doubt anything Naim have in their planning will do what a Selekt DSM can all in one compact box and done in a modular way you can grow in to.
It performs easily as well as a Nova but can do far more than a Nova can by itself.
You can configure it with a mix of amp and pre outputs too if you wanted.

Thanks for the replies. I’ve ordered the Marantz so I’ll have some fun playing around with that over the weekend.

It does Roon (as well as loads of other streaming services), so I can see how all of that works too.

That’s great let us know how it works out as I’m interested in upgrading my av amp … hence I was aware of the marantz it’s on my list of potential replacements for my pioneer, either that or a denon.

The marantz is roon tested so should work as an endpoint when connected to your network, ie it will be visible within the roon app assuming you already have an active roon core.

Seems an interesting option. I have an Arcam AV340 which I use the Atom to drive the front two for stereo and as part of the 51 with Arcam driving centre and rears. I like the idea of scaling back the amount of things I have. How does it sound for music?

Only via Airplay though.

Its doesn’t do Roon per se. Its airplay so Roon can send it to the amp via that. Its not using Roons own system so your only going to get 44.1/16 and airplay sq. Marantz and Denon been pushing this Roon Tested thing a bit hard when all it is airplay.

Really happy with it, placing it against the Naim family it’s very close to a Nova (which I also evaluated and almost bought), it’s a very pacy and musical presentation, it’s not quite got the slam and weight of the Nova but I don’t want/need that.
I did look at numerous AV amps but it’s hard to find a middle ground, I wanted the most compact and performant option, doing that in an AV centric integrated is challenging, the Selekt DSM is more a good stereo amp that happens to also be able to support multichannel audio. It can in fact support more than 5.1 combining passive and active speakers should I ever want it to do that.
I also like the fact that in 5 or 10 years time when something new appears or things stop working one way or another, I can swap out subsystems relatively easily and not need to replace the whole thing, something Naim could learn from perhaps given the endless debates about the 272 as one example!
I’d certainly take a chance to listen to one, I was a bit skeptical and they aren’t the cheapest solution but they look the part and sound very good which to me is more important than cost.