It’s that time of year again … I’m excited because so many of the 6 are rebuilding their sides. There was an excellent introduction to the season presented by Eddie Butler; I have a Welsh bias, but let the best team win!

Will be watching with interest, especially sun when Roast Beef takes on les Blue! My boss is there…leave it!

At the farmers’ market this morning there were notable absentees… a pilgrimage to the Principality, the tension was evident from all types of supporters.

It may be my TV but the Welsh shirts look a bit of a pinky/purple red today.

My son is in London, his better half is from Cardiff

We do work with the RFU, we have just agreed a further 5 years as the official Champagne of England, big presence in the west car park at the home of Rugby 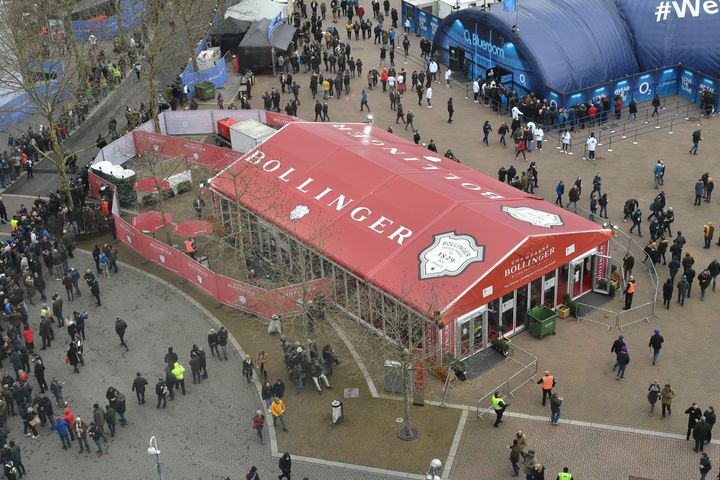 I am worried the core of the England team is now a season too long in the tooth and, like some in the media, I don’t understand picking Lawes as a #6 nor do I understand why Youngs keeps starting, when his service is often slow. It’s almost as if EJ cannot decide if England’s metier is as a power team or one which thrives on speed and quick ball. Daly is also an odd choice for the wing - he’s a good all-rounder in the backs but lacks that edge of pace and security for me.

I may be being conditioned by the RWC final and how England tried to play against the Boks, given I’d watched the Japan v SA game 4 years earlier and seen how EJ’s tactics and the swift play of the Japan team neutralised the physical size & strength of the SA team, something which England failed to do, even though it was once again apparent from their tournament games this was the main plank of SA’s game plan.

Good win for the Welsh, nice start but Italy looked second rank, hope the Irish vs Scotland is a better game

Agreed Antz, Wales did the job, but as a neutral it wasn’t exciting as Italy really weren’t in the game. Good play by Wales in a mismatch. Permit me to hope for another one-sided match in half an hour.

The surprise for me is how good Michael Chieka is as a commentator.

Great first half Ireland vs Scotland, looks like both teams want this, need to go out will have to record second half

Not being that knowledgeable with rugby (really don’t get the purpose of the scrum), I am enjoying the Ireland/Scotland game. I do wonder what you rugby fans must think of American football (NFL). The rugby guys are thumping each other with almost no gear.

The rugby guys are thumping each other with almost no gear.

It’s a facet of the game the lawmakers are looking at now given the number and severity of injuries being seen. Most of them wear thin body padding, the forwards’ kit a tad more bulky. Big hits are one thing but the professional generation of players and all the strength and conditioning has brought about unwelcome outcomes in many cases.

Plus having 8 substitutions renders fatigue a thing of the past - another aspect which could change. Rugby used to be a game for many different body shapes and sizes but the focus nowadays is often on bulk.

I took a walk along our local canal (10 mile round trip). Don’t think I missed much. Super weather. 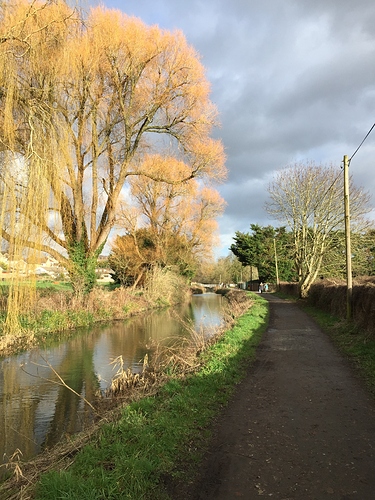 Highlights worth a watch though …

Extra protection increases mass and may perversely increase the risk of injury. Scrum caps might protect ears and scalp cuts but increasing the mass of the head in theory might increase head and neck injuries due to acceleration/deceleration. The same has definitely been shown with boxing headguards.

As for the games, Italy never looked in it but Scotland were a degree closer. They lacked precision and control in key moments and areas of the game. Ireland did enough and I guess will also get better.

I’ve made a few attempts to appreciate rugby union down the years but without success. It seems to me to possess much less skill than football and be primarily concerned with brute force and speed.

I try so hard to like football but I find it massively over-hyped, frequently dull and spoiled by posturing, play-acting and deliberate gamesmanship!

Each to his own. Cricket comes first anyway.

First half in France did not go well, England need to up thier game In big way in next half

A RWC semi performance a la vs the Blacks and 17-0 might be doable,…they look up for it!