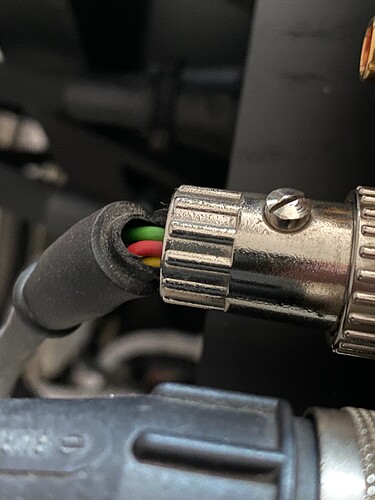 Is it ok to leave as is or should the lead be repaired?

Thats just the Rubber Sleeve thats failed. No effect on sound, just a lack of proper mechanical support for the cable.

Is it to the DIN next to the Burndy socket…? 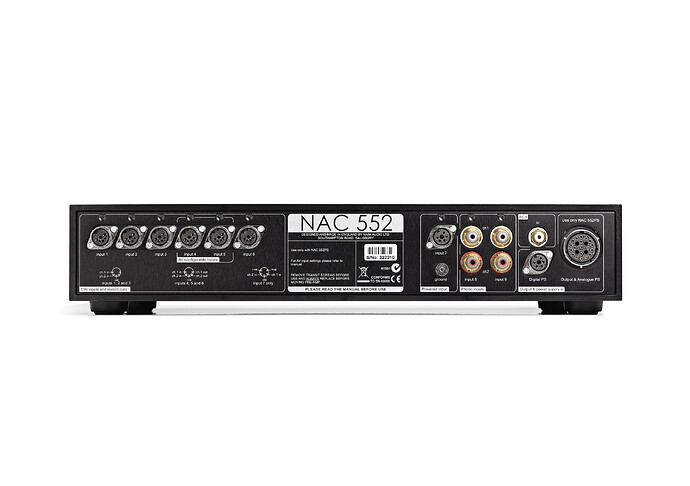 I would want to get it repaired, although with care I’m sure it would be fine to keep using it for now. I’m pretty sure that SNAIC only carries DC power, but I wouldn’t want the inner sheath of the cables exposed like that. Perhaps your dealer can get a replacement bit of rubber from Naim?

Good idea and thanks!

Be aware that you cannot replace the rubber without taking the plug apart and desoldering the pins so that you can slide the old rubber off and the new rubber on.

That’s true, although at least some Naim dealers can use a soldering iron. Failing that, a bit of heatshrink would cover the gap and provide a bit of support.

I had a similar problem with a Burndy to my 52.

If the internal leads come adrift then it could cause damage. In my case I got the cable repaired before any damage arose.

Hi.
Mine looked just like that, then one of the conductors broke free when I moved the amp to clean it. I ended up buying a new one which I “improved” with some self amalgamating tape.
Mike

Think best if I buy a new cable.

Many thanks for all your comments and advice!

I dont think you should collapse so easily. Richard makes a good point its a 552, what do these things cost? Should you expect a cable to fail like that?

The cable is several years old so I would expect to see some wear. Anyway new one ordered.

Not quite my point garyi. The cable here is a SNAIC 5 and not exclusive to the NAC552.

My point was that it’s a NAC552 so deserves to have a SNAIC 5 that doesn’t;t have a split rubber boot.

I replaced a SNAIC 5 on a Stageline N with the same issue. To be honest I was suspicious of the sort of stress that would cause a split cable relief in a relatively new cable, so just bought a new one. Cheap peace of mind, and have the old cable to repair at some point. But actually I’m fairly sure a mild channel imbalance when listening to vinyl was cured with the new cable, so perhaps the cautious approach was justified.

Think best if I buy a new cable.

That’s your choice. But, its not difficult to repair it - if you have the soldering skills - or know someone who has… YMMV, as always…

PS. Having owned Naim since 1983, with all cables having the same/similar cable support, I have never had one fail like that. Something is wrong, to cause that failure…

Suggest the OP should look at their cable runs.

I’ve own Naim since 1979 and this is the only time it has happened to me with any cable.