Some albums only in lossy format on Tidal?

I ran into the “problem” that some albums on Tidal are only available in AAC 96kbps…Not exactly what I had in mind as source material for my NDX/XPS-DR when I subscribed to Tidal…
Anyone else encountered this?
Not contacted Tidal yet, thought I would first ask around here if this is a known limitation of Tidal.
2 examples: Corazon from Vivian y Luis and Decade of Dreams from Sophie Zelmani.
If this is true and not a fault at my end I highly doubt if I will continue my Tidal subscription.

I’ve occasionally found this. Rare enough not to be an issue for me anyway.

Yes, it seems like a bit of a cheek when you are paying double for lossless, but a small percentage of Tidal material has always been lossy AAC for as long as I’ve used it.

I believe it’s a licensing issue from the record companies on some material.

I’ve only come across it on a tiny percentage of songs I listen to - and I use Tidal a lot - and in these cases I have also been unable to source non-lossy versions from elsewhere. (One example for me was ‘Moving’ by The Raincoats. This is unavailable as a new CD and the best download version I could find was MP3 or AAC 320kpbs. )

I just started with Tidal and already ran into 2 occasions where the album was only available in AAC 96(!) kbps.
Btw I need to correct myself, on of the albums was not Sophie Zelmani but Patty Griffin’s Children Running Through. I remember I was baffled that an album of a renowned americana artist like Patty Griffin was only available in very lossy 96kbps AAC.
Yes, @ChrisSU it feels a bit of a cheek especially if you consider you are charged €20 a month and compare that to what Netflix is charging you for a month of unlimited 4K video which no doubt requires far more bits and bytes in terms of bandwith and storage and money in production costs.
@Steeve, that was my first idea too. But the examples I gave are available as CD at i.e. Amazon.
All and all a bit disappointed with Tidal atm. Anyway opened a ticket at Tidal and I’ll see what they come up with as an answer.

But how much content on Netflix is all 4k not all of it. Same with any music service not all content is lossless or hires yet you pay the premium for a lot of it… if labels only supply an aac file there is nothing Tidal can do about it. Not all tv channels are available in HD and that’s been around for donkeys years.

True, but I was mainly referring to the costs of bandwith and storage. If you compare Netflix and Tidal (or Quobuz) on that point, price for audio streaming is ridiculous. I agree, when it comes to licensing it’s another matter. Nothing Tidal can do about that. I seem to remember this was one of the reasons that killed Neil Young’s Pono project.
That being said, one of the examples I mentioned (Vivian and Luis’s Corazon) ís available as 16bit 44.1kHz FLAC format on Quobuz. So the argument of not available does not fly there.

I would hazard a guess that pretty much all of this AAC material has been available in a lossless format, either as CD or download, and of course, nobody actually masters any album in a lossy format, apart from MQA, of course

so I don’t see availability as much of an excuse. So I think you are right to raise this with Tidal, as it’s clearly a technically simple matter to supply lossless FLACs, and if we complain, they might actually see that people care about it.

I just fancied a dose of Tristrün und Isolde, and picked The Berlin Philharmonic’s version near the top of the Tidal search.

It’s only a chuffing gramophone!!! Kicks off with the rhythmic scratches and pops that then continue on through the opening bars and beyond. No thanks.

I believe that surface noise is one of the attractions of vinyl. You’re welcome to it.

BS answer from Tidal support:
"Thank you for that information, it was very helpful!

I apologize for the misunderstanding.

Let me know if there is anything else that I can help you with and I’ll be happy to do so. "

My response:
“with all due respect,this is nonsense.
Both albums are available as normal CD’s at Amazon and/or as 16bit FLAC downloads at your competitor Quobuz.
One of them is even available as remastered DSD64 here https://bluecoastmusic.com/vivian-y-luis/corazon#.XXzJy2axWHs .
I’m very disappointed that Tidal,while positioning itself as the hifi streaming platform par excellence (with a matching subscription fee), is not handling complaints regarding this issue seriously.
As this is also an issue often discussed on the Naim forum I will post Tidal’s response as an info there.”

I would say it is time for Naim to develop an alternative for Tidal for their streaming line.
We are paying a king’s ransom to buy the best audio gear money can buy and get stucked with a content provider that offers (only a limited number of releases,I agree,but still) 96 kbps mp3 crap…
Not happy!

Indeed, they are talking nonsense! Well done for taking the time to pester them - keep up the pressure.

Can you give any examples. I have noted that Qobuz has much new material at 44.1/24 or 48/24 which from memory were on MQA on Tidal. I don’t have my Tidal account anymore. Be interesting to see if this Tidal MQA tracks are on lossless PCM on Qobuz

Sure.
Here you go: 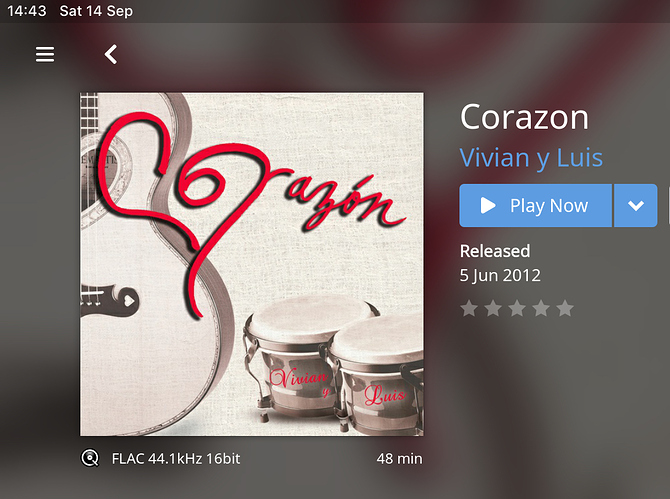 Yes, but i would be happy with 44.1/16.
Not sure if we are on the same boat here, but ny complaint to Tidal was not about MQA but that this album on Tidal is only available as 96kbps lossy AAC. Tidal response was that the album was recorded in AAC format so 44.1/16 was just not existing. As you clearly demonstrated that’s absolute bs.

Got a reply from Tidal support where they directed me to this link http://www.surveygizmo.com/s3/1888513/TIDAL-Music-Request
Did not know it existed. At first glance it looks like you can only request music which is not yet in Tidal’s catalog. But when you click the album bullit a pop-up appears where you can select that you are missing it in HiFi quality.
Anyone else tried it and got a positive (or any) response from Tidal?
Anyway requested both albums I’m missing in HiFi quality and I’ll see what happens.
Maybe an idea to make a sticky thread (if that is possible) where members can post what albums they are missing in HiFi (or missing at all) so we all can request Tidal to honour that request? The more people make that request the more likely it will get fulfilled I guess.