This might be of interest and then again it might not! Maybe you had one back in the day as they were quite popular.

Some images of my FH-7 modular system as it converts from a AC powered boombox to a midi system and then back to a fully portable DC powered unit. I find this unique little system fascinating as it dates back from 1985 and shows just what a healthy R&D budget from a big corporate can achieve. 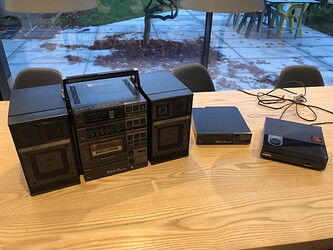 Here are the component parts, an assembled Portable unit with the AC power block installed. In this configuration it runs from the mains and was one of the most powerful boomboxes of the era at 25wpc output.
Also shown are the DC power block and PS-Q3a half size record player. It’s a heavy beast at circa 20kg. 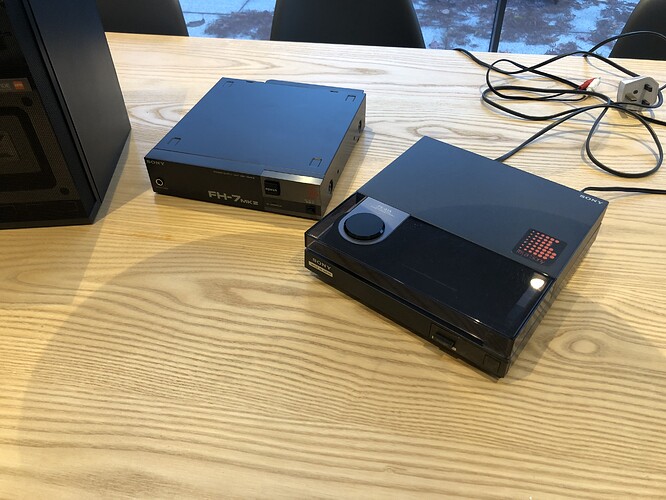 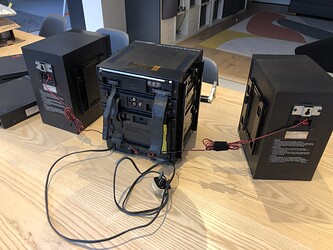 image4032×3024 2.73 MB
Next disassembly…removing the handle loosens the speakers which are lifted out 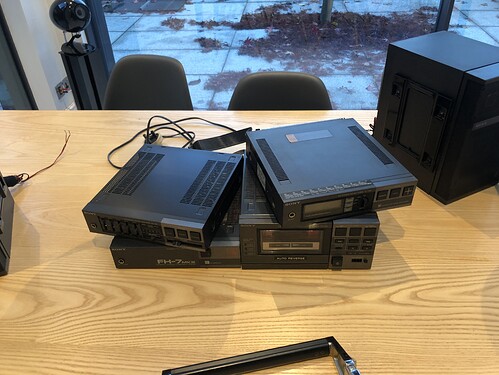 Removing the side brackets revels that the stack is comprised of a series of 4 separate components.

These can be reconfigured to a midi system arrangement with the record player added. The system was know as the ‘Heli’ with the PS-Q3 added. 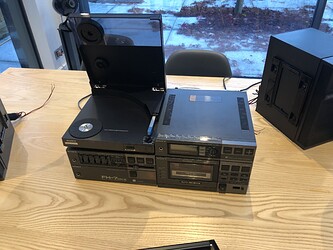 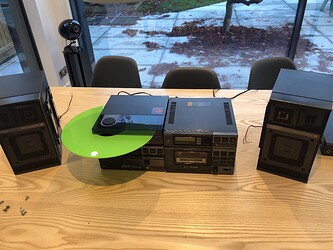 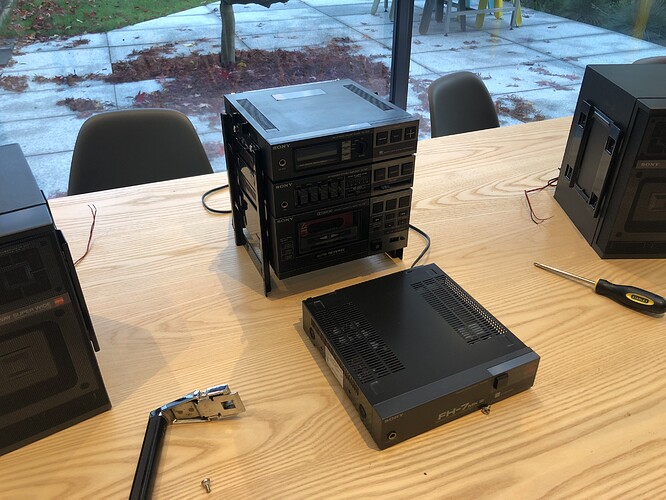 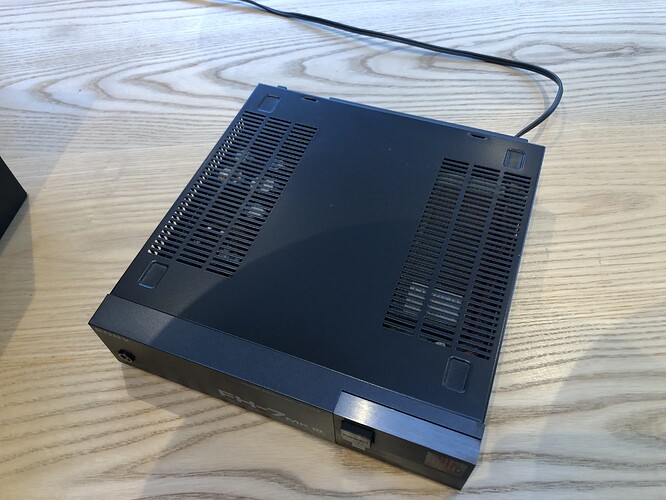 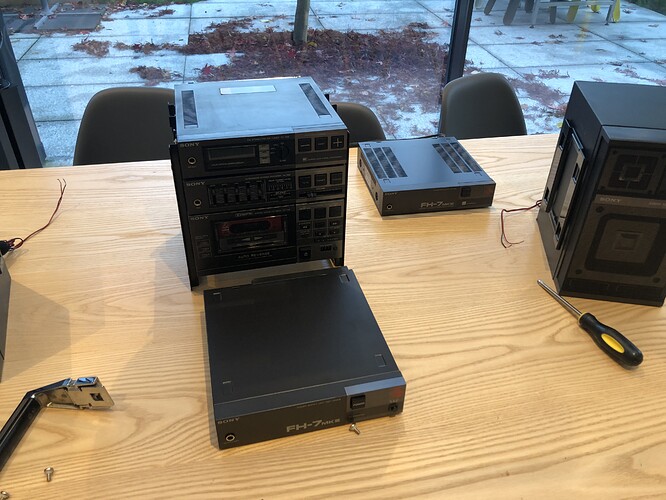 The interchangeable power blocks actually contain the entire amplifier section as well. Changing to the DC unit lowers the output to around 6 Wpc running on 12 (twelve!) D batteries. These DC units are very rare, I managed to find a boxed, unused one which is pretty amazing considering it’s 35 years old. Lower output, no cooling required. 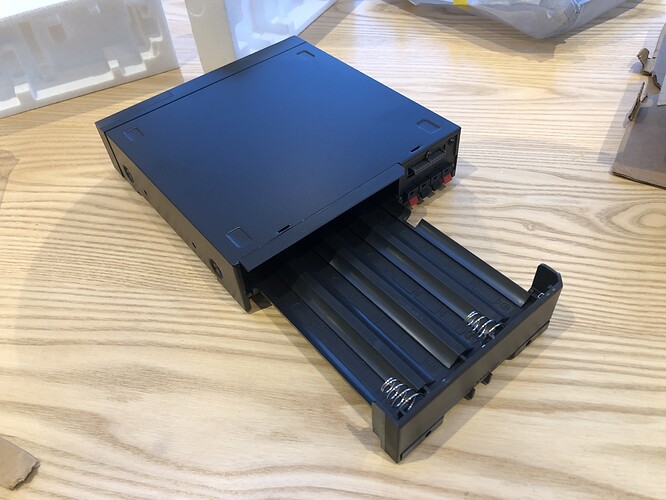 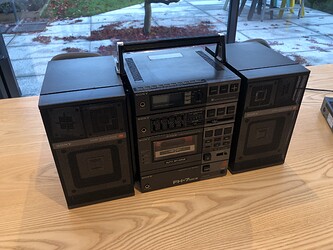 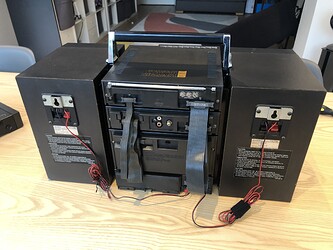 There you have it, the FH-7. Popular back in the day and followed by many other units but none with quite this level of flexibility. A unique little system.

Wow! This was a real object of desire for me back in the '80s. The PS-Q3A is a really cool bit of kit too. How does it stack up, performance-wise?

Thanks for the reply, good to hear that the post brings back a few memories.

I think it’s a great sounding unit, this version has the 3 way speakers and they can really fill a room.

The PS-Q3a adds a bit of drama and again after being a bit scratchy at the start of an LP settles down nicely. It fully automatic so no skipping to favourite tracks.

I think new tech is really breathing new life into these older components. Anything with an Aux in can become a retro music streamer. 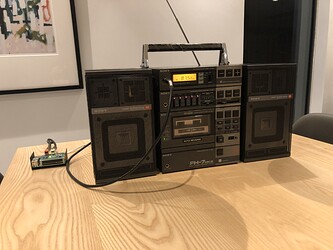 The volume pot on my one can be a bit scratchy so roon nicely by passes this.

How about this for another configuration.

Add in the CDP-7 (mine is abit scratched!) and you have a radio, cassette, record, CD and music streamer… 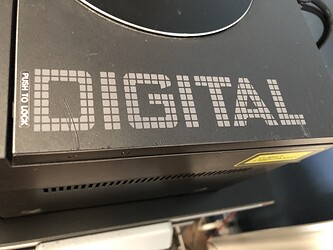 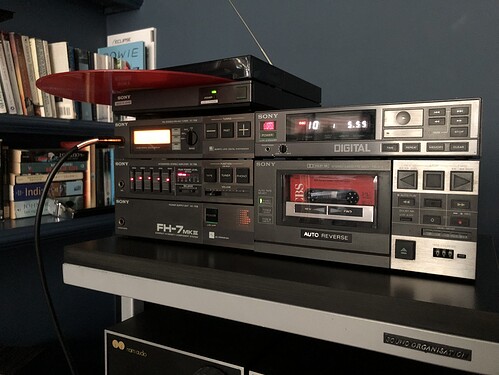