Speaker Grills on or off

Looking at the system pics seems to be around 50/50 for speaker grills on/off.

One of the problems I’ve had is taking them off is another bit of clutter to prop up somewhere given that they are somewhat fragile.

Just thought I’d give the speakers a try with grills off and interesting a noticeable improvement in sound quality.

There is a bit more clarity from the individual speakers and stereo imaging has improved. 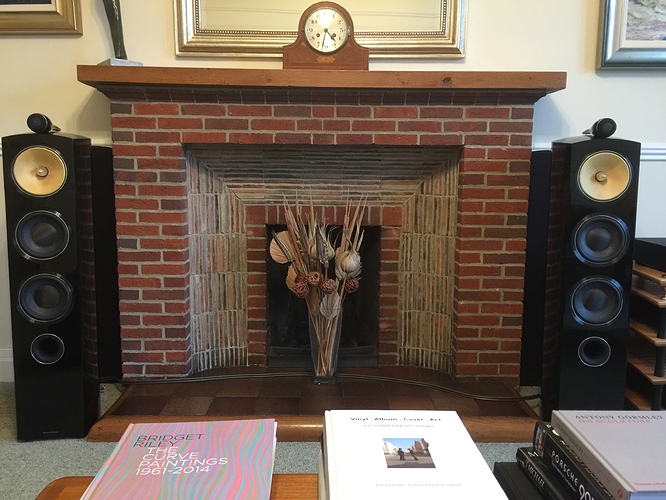 Considering the wave length of low frequencies it makes no difference.

As for top mids and heights, which are responsible for the feeling of clarity and for stereo imaging, yes it makes a noticeable difference.

I always remove the speakers grills when I need more details and top stereo imaging.

But, most of the time, speaker grills are on, preventing curious little hands from touching the drivers

Noticed the Bridget Riley’s book. I like her work, a lot!

@AndyP I also have B&W but the 805N, I keep mine on tried both the on/off - they are very fine so I could not notice the sound improvement with them off, so they stay on as I feel they look better

I confess to hearing little or no difference whether on or off, but I dislike the tiger ebony finish (they were an ex-dem bargain) they reveal! 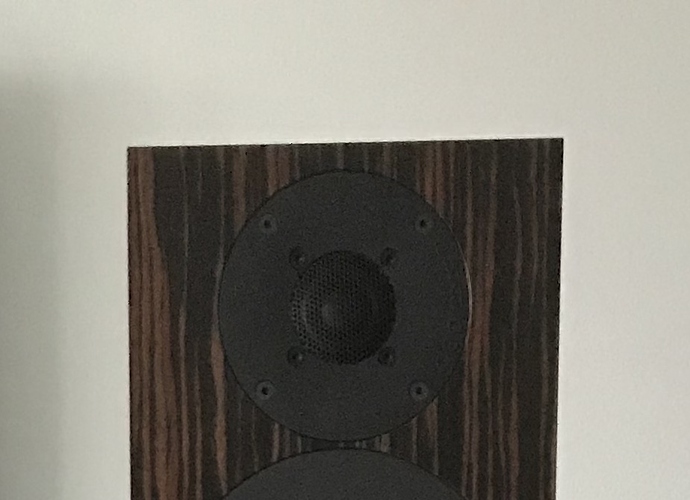 depends on the speaker. When breaking in my PMCs, the grills were utterly necessary for 3 months to take the edge off the top. After that they came off.

Yes, there is a difference when the grilles are on or off with my Harbeth speakers. Not a significant difference but it’s present. Slightly better clarity and detail especially at the mids and highs.

Harbeths are voiced to have the grilles on but at the end of the day, as with any speaker, its down to personal preference i guess

When I had the Super HL5 non-Plus, the grilles are off most of the time because there is a lack of clarity, detail and airiness especially in the treble region. The highs are rolled-off and piano does not sound like piano. The tone of the piano is dull. Taking off the grilles helped a little with air and extension in the treble. I had 202/200 and a Krell KPS-30i CD player during that period.

Fast forward I now have Super HL5 Plus driven by 282/250DR/Hicap DR and Chord QBD76 DAC. I don’t feel the need to take off the grilles now since the clarity, detail and airiness are good even with the grilles on. Occasionally I will take the grilles off and the attributes as mentioned above did improve a little, but it’s still very enjoyable with the grilles on.

In summary, the gear did elevate the speakers to a higher level of performance. With the old gear, I need to take off the grilles or else I wouldn’t be enjoying the music too much. Even with the grilles off, music still didn’t sound stellar but at least it’s better than with grilles on.

With a 3yr old and a 1yr old running around, my grilles are now on all the time!

Although, the the Neats I have do not have any holes for the grilles to slot into, so the previous owner was using what I could only describe as white blue-tack on each corner. Not ideal as they eventually fall off. I have been looking for some small adhesive pads to use but don’t want anything that will damage the finish on the speakers.

Another issue with grilles off most of the time is dust, apart from curious fingers.

It’s like holding your hand in front of your mouth and talking. It most certainly has an effect.
Obviously some more so than others. If I am having a proper listen they certainly come off.

If speakers don’t sound good with the grills on then I won’t buy them. Obviously it’s a matter of taste but I really don’t like exposed drive units in my living room, in fact I’d prefer it if the speakers were invisible!

This is a grill: 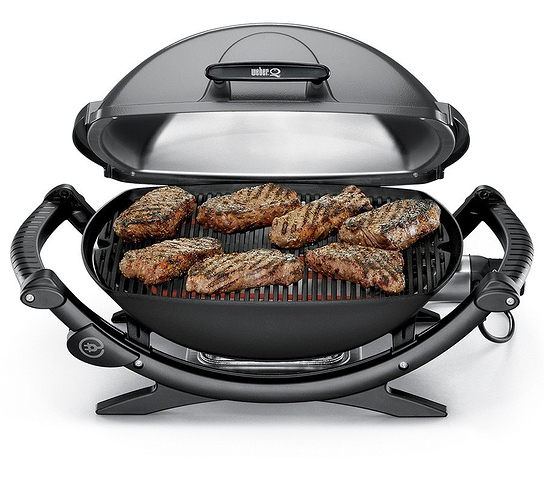 I have NBLs, Allaes and Thiel CS1.6 in various systems, all designed to be used with the grills on so that’s the way I use them. I particularly don’t want to be staring at the bare face of an NBL.

For me I get two different speakers. Grills on has same tone, detail and image - but it’s more over there behind the speakers.
Off is like everything is the same but just more closer to me.
Some albums definitely prefer one over the other - but often can’t be arsed to put them on.

If your woofers and your tweeters look good, flaunt it!

This seems to suggest acoustic transparency of the grille cloth is the main issue here. Whereas I think that diffraction caused by the frame is likely to have a greater effect on the sound. Of course this may have been taken into account by the designers if they intended the speakers to be used with grilles on (eg some ATC models).

I don’t believe there is a universal “best way”, so my usual rule of thumb is to start with the manufacturer’s recommendation and use this as a basis for experimentation. SQ, aesthetics and practical issues then come into play. In many years of playing with removable grilles, I’ve always found the SQ difference fairly minor or imperceptible.

Even some speaker manufacturers seem confused by this. In a press release a few years ago ATC used both ‘grill’ and ‘grille’ in the same paragraph!

English, and French as well, are a difficult languages to learn. Spelling and grammar aren’t obvious and often inconsistent.

German is by far my favourite language, spelling is nearly phonetic and the grammar is straightforward.