As above, i’ve always liked Spendors in general but never tired them. I’ve been looking at the various classic models and whilst they are lovely they seem to be outrageously expensive. I like the A series too as they are relatively compact. Anyway this thread is just to get some views and ideas from fellows who have owned them and have first hand experience. Also some pics to get the juices flwoing would be nice!

I have a pair of the Spendor D7.2 speakers and have found them to be a great match for Naim equipment. Originally powered by an XS2 and ND5 XS2, now in system comprised of 282/HiCap DR/200 DR/NDX2/XPS DR. Highly enjoyable in both. Transparent and revealing, not fatiguing in the least. To the extent relevant, I listen primarily to jazz and baroque, with the occasional foray into the rock of my youth.

I listened to both the A7 and D7.2 speakers. While I liked the A7s, I found the D7.2s more cohesive. While obviously more expensive, the D7.2 speakers are only slightly larger than the A7s. Both are worth an audition.

I do not have Spendor speakers myself but a friend has a set of A4s and in his modest listening room they sound great, have good tone, great accuracy and detail. There is really nothing much not to like in my view, look good too.

If I ever replace my Castle speakers I would definitely put the Spendors on the shortlist.

Here’s a Classic 3/1 to whet your appetite. 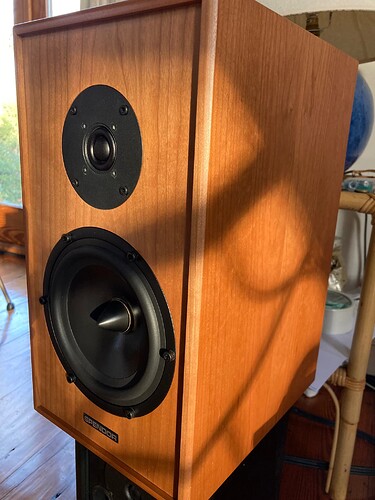 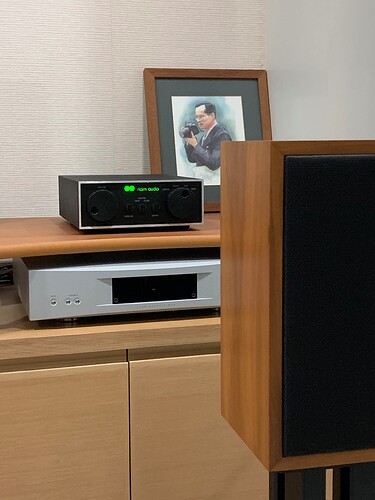 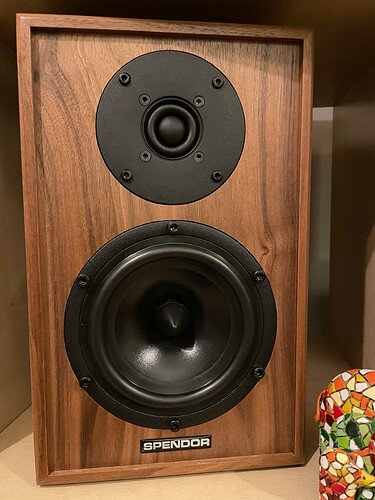 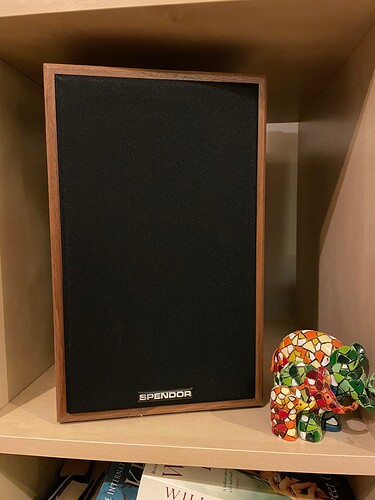 I used to have some ProAc Tab 10 but the Nait 2 drives these Spendor Classic 4/5s much better.

I think it is fairly pointless describing their flavour as there are so many contributing factors but I will say that they are rather good. You just need to go and have a listen if you can.

Very nice gents, ah I do love the design and style of the classic range just so clean and simple. Will need to try and get an audition in.
Anyone got the A series ones, they are quite small and compact for floorstanders right?

For what it’s worth, the height difference between the A7 and the D7.2 is negligible (46 mm or less than 2 in.), while in my view the D7.2 was more cohesive than the A7. In addition, the D7.2 was for me slightly more at ear level while seated, which is also probably helpful. That said, the A7 is also very enjoyable. Both speakers were demoed using SN3/ND5 XS2 at dealer.

I’ve owned the Spendor D7s for about a year, I believe. Embarrassingly, I purchased them out-of-sight without a demo because a dealer quite some distance I knew was selling off their inventory of the .1 and slashed the prices to a price that simply couldn’t be refused. At the time I had Harbeth C7ES3s, and while I loved those quite a bit, they just weren’t doing it for me on some of the stuff I enjoy listening to, so was looking into a ‘faster, more transparent’ speaker. I must’ve researched for six months before settling on either the D7 or the ProAc D20R. I’ve owned ProAcs in the past; they’re among my favorite speaker brands, bar none. I knew their character, so was quite confident they’d provide what I was looking for (the only thing I was concerned about was their bass, as I’ve found many models required a way to tame it, as it can at times be ‘wolly’ or overpowering in some rooms and systems). The more I read about the Spendor’s and their quality of bass, I dediced to take the plunge. Boy, am I glad I did. I’ve never owned a Spendor, either; only ever heard their bookshelves, and was never very taken if that was a signature sound.

The D7 is, IMO, a radical departure from that classic Spendor sound. It is one of the finest speakers I’ve ever heard, especially with Naim gear. They required a bit of unusual break in, but once they did it became obvious, like they just snapped into focus and have been providing non-stop pleasure ever since. Their bass port is quite ingenious and provides among some of the most balanced, ‘tight’ and quick I’ve ever experienced. Placement of them is also ridiculously easy; they’re not very picky. But some patience with hitting the sweet spot and it seriously rewards you.

@Gromit1 is spot-on with his description. I have nearly the same exact system (only difference being with a NAP 250 and a second HiCap DR), too, coming from the SN2, and they almost sound like a completely different beast. I suspected they might with the upgrade, as I always felt the SN2, as good as it is, was holding them back. Now the Spendors offer just more of everything—all the attributes coming through seemingly tenfold. I have finally stopped wondering about other speakers. I cannot say that about my Naim boxes or other aspects of my system (I’m close, though), which makes things so great, such a relaxing feeling, and made me glad about my decision.

My D7s are in the limited Rosewood, which the pic doesn’t really do it justice: 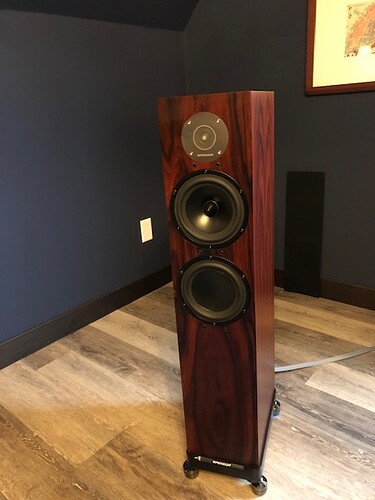 I had a pair of BC1’s for more than 40 years. Until a ‘friend’ blew the woofers whilst they were house sitting for me. I couldn’t find a suitable set of replacement drivers so, with heavy heart, had to let them go. I loved the sound of those speakers with Naim amps and miss them terribly to this day.

Absolutely beautiful in rosewood. Mine are in the walnut finish, which is a better match for my rack. 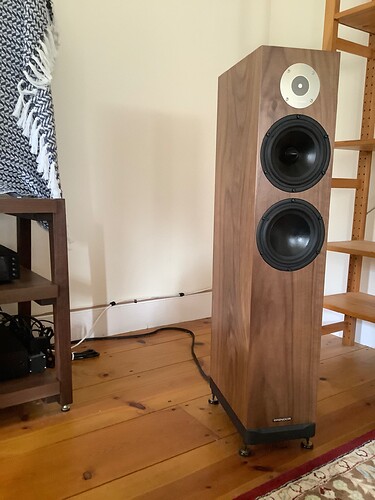 Slightly off topic question: what do you find the Gais bring to your Spendors? I have a set on pair of Audio Physics Tempo speakers and like it, but am currently using spikes with Herbies Gliders on D7.2s and am very happy with overall sound.

More off topic question: I know that there’s a thread on this, but what did you find second HiCap brought to Spendors/overall system?

Thanks, @Gromit1. Yours in walnut are equally beautiful. I was close to getting the walnut, perhaps to brighten my listening area a bit. Their veneers are impeccable regardless.

As far as the Gaia speaker footers, I cannot recommend them enough. They bring a very worthwhile kind of focus or better still a solid underpinning to bass especially. I wouldn’t have believed it, but so many others with the D7s were using them and reported such great findings that I figured there wasn’t much to lose in terms of price to try them. They’re a bit trick to get ‘aligned’ so the logos face the listener, but it wasn’t anything a little trial and error couldn’t correct. I highly recommend them.

As far as the second HiCap addition, I’ve written a little about it, but in a nutshell there is a pretty obvious control aspect to it that just the one doesn’t quite fulfill. It’s difficult to parse into words, but it brought a refinement to it that without, the 282 seemed obviously more ‘forward’ (not bright or imbalanced; just third row seat versus fifteenth). It also seems more ‘holographic’ to me, but that could be my imagination. Regardless, to me it was an obvious improvement (and I never use that term lightly, but feel justified in saying so in this case), but not night and day by any stretch of the imagination. What it does to the Spendors I’d imagine would do for any speaker; I just think the D7 is so revealing that it might magnify what it’s contributing, which in this instance is a good thing rather than bad. The D7s are at least very good for that in that they’ll tell you right away what is working in your system as opposed to what isn’t. It’s like a truth-teller in that respect.

Anyone got the A series ones, they are quite small and compact for floorstanders right?

My only experience was with a pair of A5s which sounded so utterly dull I was convinced they must have been faulty. I took them to a dealer and we compared them to his demo pair but they sounded no better. (He admitted that he only stocked them because he was asked about them so much after they received a glowing 5 star review from What HiFi and generally managed to persuade people to look for alternatives after a quick demo.) I ended up with Kudox X2s which were great.
I’m sure a company with Spendor’s long heritage must know how to make some good speakers, but these were beyond awful. I notice they have disappeared from their range.

I hope so…and you’re welcome. I love talking about the Spendors

Well, way back in 1974 I bought Spendor BC1s, which I used with Thorens 160c, Ortofon mm, Trio 4002a, Tandberg TCD310. Sounded great to my ears. Continued to sound good with various upgrades.

I kept the Spendors until about 1983 when I bought Nait 1, LP12/Ittok/AR P77. Sounded much better, but the upgrading bug had hit, and within a year I had moved on to Linn moving coil (trying very hard to remember which model, but it was the one before the Karma), NAC32/HiCap/250 and Linn Saras.

Hey Lewis
I’ve had the A4’s the D7’s and now have the classic 100’s.
The DSeries are very good with Naim and Prat although I found them a tad shrill in some vocals but the classic 100’s are sublime imo. Very good acoustic speakers, bit boxy if not retro ugly but if you set them up on correct speaker stands forget the aesthetics and listen they cover almost all genres with aplomb. Yes they are expensive but I think better than the D range. The top of the line D is the 9 which is more pleasant viewing and also excellent with Naim. I just blew the budget but haven’t regretted it. If you’re using the 252 250 set up I’d go with the D7.2 - equal expenditure balance too. Good luck.

I have a pair of SP2 Mk2s somewhere around the place. They’re not the most exciting speakers but they are very well rounded and do excel with classical chamber music in particular. I still reckon that the most interesting Spendors I heard were the old Preludes back in the '80s. I wonder whether anyone is still using a pair?

I had an A7 for about a year and recently got a d7.2. With the new speakers I got a bigger sound scene, much better bass, the instruments are better positioned and I have a feeling that the musicians are in front of me. The A7 is also a good but d7.2 are much better. 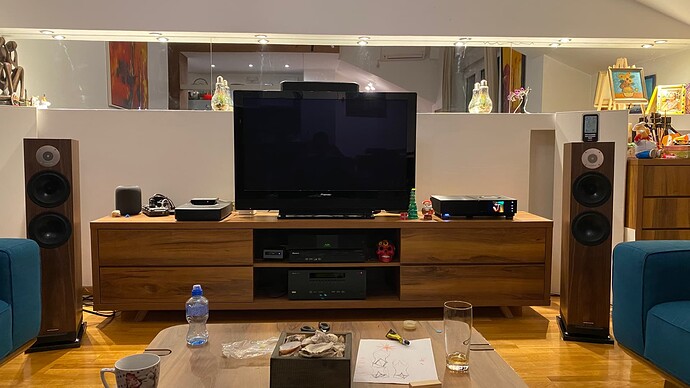