I remember @Richard.Dane had one that met an unfortunate end but how did it sound when not playing a carpet? Anyone else tried one and in which arm?

I’ll need to replace my Transfiguration Proteus in a year or two but Transfiguration died with its owner. Impending retirement suggests I go cheaper but its a hard act to follow, especially downgrading, so something mainstream might not be the answer, It should at least be interesting.

My arm has an effective mass of 13g so on the limit but I could use a brass mounting plate in place of the aluminium one which would add a few grams.

IIRC, @Kuma ran one for a while (and maybe still does?).

I used mine in an Aro. My impressions are probably still out there on the old forum. I’ll take a look…

Kuma sold hers unused I think.

As well as my own example at home, we ran a Royal N in an Aro at the factory for a while. It wasn’t without its little foibles. For one thing the separate “cheese” that mates between headshell and cartridge was not ideal and also somehow was the cause of some hum, finally cured by scraping the anodised layer and running some thin copper between it and the headshell. The weight also meant that the heavy counterweight was needed and some extra weight on the the bias too. However, it did sound good and had a bit of the meaty, beaty, bouncy sound that many modern cartridges miss these days. If I have a particular issue with it, it’s that the tracking is not that great and a high level cut can catch it out.

OK thanks Richard. A bit more eff mass could possibly help with the tracking and my arm is insulating so I’ll have to see about the hum.

I think that the SPU, like many old-school MCs, is ultimately limited in tracking, whatever the arm.

Well I’ve placed the order, not sure when I’ll fit it, the Proteus is still sounding great though it must have around 2000 hours on it. I’m thinking a radical change will help stop me missing the Proteus too much whereas something similar but not as good will be a harder road, I still have a 17D3 with 500 hours on it in a box if I want to try it. I’m resisting upping the ante for now as though I could afford a Koetsu Coralstone or top Lyra in a year or so rebuilding either will probably be beyond reach a few years down the line.
@Richard.Dane do you have any thoughts as to loading on a superline? The reviews I’ve found that mention loading the Royal N mostly use transformers, 20:1 being the favourite, except one on enjoythemusic where 160R is used into Pass Labs XP-25.

I used it with my K Prefix, although IIRC when we had it at the factory, we did a mod to the Prefix to change to loading to around 200ohms.

Thanks Richard, I think there’s a 220R which will give me a start and a few higher R plugs to trim it down a bit using the CAP socket. That should allow me to home in on the right value.

The 220R sounds like it might be a good one for the SPU Royal N. IIRC we tried 100 ohms on the boards and it was too low, and 200ohms was preferred over the standard 560 K load.

To state the obvious, it is best to try an SPU cartridge in its natural state, with a built-in headshell and installed onto a suitable arm (high mass, low compliance). Arms with detachable headshells are generally out of favor these days, but they can be excellent, and wow, it’s so easy to change cartridges on a whim! I took a chance on the Ortofon SPU Century, and it is spectacular.

Kuma sold hers unused I think.

Actually I had 2 of them and sold them both. One was unused.
Nice cartridge. Along the same voicing of Miyabi 47. But ultimately, I needed something that tracks a huge dynamics in orchestra score better. Excellent for small scale voices and intimate jazz/chamber. 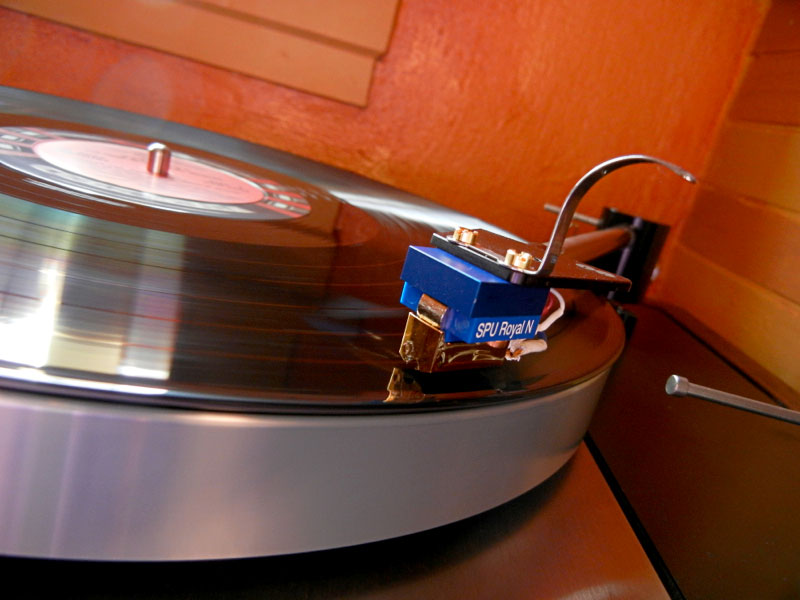 Ah, I saw your advert on Audiogon when I was looking for opinions on it and remembered you posted here too but not what you posted.
Do you agree with Richard’s suggested loading of 220R on a superline?

I found a blog (https://medialux.blog/2018/05/) with a bit of a review of one from a chap in Germany who uses a similar arm to me but running through a 20:1 SUT. He reported good tracking so I have some hope I can improve on its performance in an Aro.

I haven’t used Audiogon for a long time. So I don’t think it was my ad.

Anyways, I recall using plain vanilla S loading ( 470ohm ) or 300R with a Superline and also a Linto worked great with it.

I do not like sub 300R loading with Superline. For whatever the reason a cartridge sounds too slow for my taste.

A current production Royal N sports Replicant 100 stylus so should track better than older models. I regret I could not live with it a long term but it’s one of the great cartridge and tops amongst the unique cartridges. I understood how Takeda-san was inspired for creating M47.

It could have been asylum.
A Transfiguration Proteus was plenty quick enough at 100R, I lost no speed coming from a 17D3 at 470R,470pF. Everything from that move was a gain which makes me reluctant to go back, I rather liked the increase in body and dynamics (macro and micro) that the Proteus brought with it. Though I have a slight curiosity as to what the change to brass and sumarium cobalt has brought to the Karat the Royal N is next.

Me too, I don’t want an inferior Proteus, not straight after, something radically different that has a chance of engaging is the aim this time. My cartridge history isn’t very varied, Before the proteus there was 25 years with 17D2s and a 3 preceded by an Eroica L and a bunch of budget MMs before that. I kept the Karats through a lot of other upgrades but they’re mostly topped out now, unless Naim come out with a 500 series phono stage.

If you loved the Proteus, you are in for a shock with Royal N. I am not saying it’s bad, it’s just very different and these days, noone voice a cartridge like that any more. ( many would say it’s coloured )

Superline/Supercap is plenty good. I think it belongs in the 500 series. If they come up with something different probably in along the line of ADC and more bells and whistles. And done away with this whole Airplug business. Or they should make that standard. Supplied plugs are too noisy and bring high distortions.

My first Karat was a 17D2 which cost me £300 around 1990. I trashed the Eroica fitting it to a Rock mk2. The Rock and Dyna were at the suggestion of Tom Evans who I knew at the time he was working on the iso phono stage, I still have a board he gave me and used it in my own box until I bought the Superline ten years ago.

If I don’t get on with the Royal N I’ll be looking for something else I can afford to have rebuilt once I’m retired. I heard an Audionote io (the blue one) recently which I liked it a lot and though the purchase is expensive the rebuild costs are relatively modest, The Superline gain isn’t quite enough for the 0.05mV output though, I wonder if Naim can squeeze a bit more out of one? I know someone using an io with a Master Groove which has 75dB (or is it 70?) but he has the Vibe and Linear A to go with it, I’m all Naim.

If you are looking for a ultra high gain phono, 47Lab’s Phonocube has a 90dB version. You do need a super quiet environment for it to work tho. 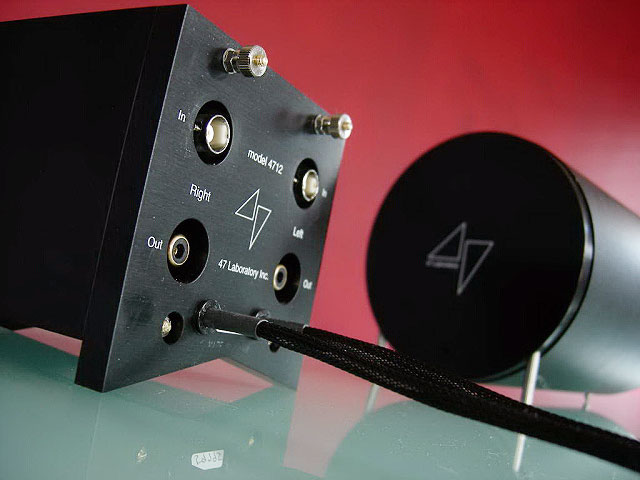 P.S. Audio Note cart probabl works better in all Audio Note system. Every time I heard it out of its context, it was sort of bleh.