I’m quite the fan of DAVE, as are many forum members, so this could be interesting to fellow forumites.

Not sure what to make of this as I’m not the biggest fan of music / artist biopics. Though if made sensitively this could be a fascinating insight into those crucial early Bowie years - or a whopping great messy pantomime of a movie. At least the US comedian and (superb) podcaster Marc Moran is involved, so at least he’ll be worth watching! Either way, I’ll be there at the cinema for this one.

“Following David Bowie’s death in 2016, it was only a matter of time before the biopics began to appear; honestly, we figured it would be even quicker than this. Someone, however, is ready for the challenge of portraying one of the most charismatic musicians in history: Beasts’ s Johnny Flynn, who will play Bowie in a new film called Stardust .

Gabriel Range is on to direct the film, written by Christopher Bell, which will take the route of chronicling just a part of Bowie’s life (if we’re honest, it would take several movies or a miniseries to do it justice), following his first visit to the States in 1971. It’s that trip which is partly inspirational for his Ziggy Stardust persona, and marks one of the transition points for his career, as he went on to become a superstar.

"Johnny Flynn is one of the UK’s most talented emerging actors, and a musician in his own right,” Van Carter of Salon Pictures tells Screen Daily . He’ll be on screen alongside Jena Malone (as Bowie’s first wife Angie) and Marc Maron, playing his record company publicist. The cameras will be rolling Stateside in June, while rights to the film will be on sale at the European Film Market, taking place as part of the Berlin Film Festival next month.” 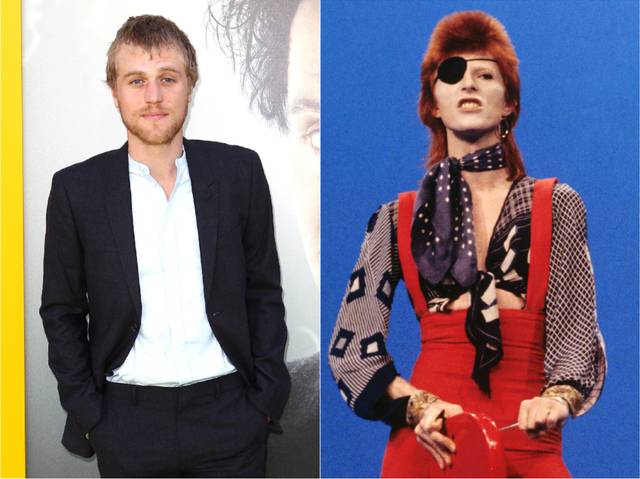 i don’t think the family have allowed any Bowie music to be used …so I don’t know how that works?

Oh dear! If that’s the case it doesn’t bode well then.

Well if the movie goes ahead it’s going to be a rather compromised biopic without the key element, I really can’t see it moving forward now. No bad thing. The musical legacy speaks for itself.