Mrs AC and daughter have been eagerly awaiting the latest season of this horror show.

It’s apparently catapulted KB into into the limelight: 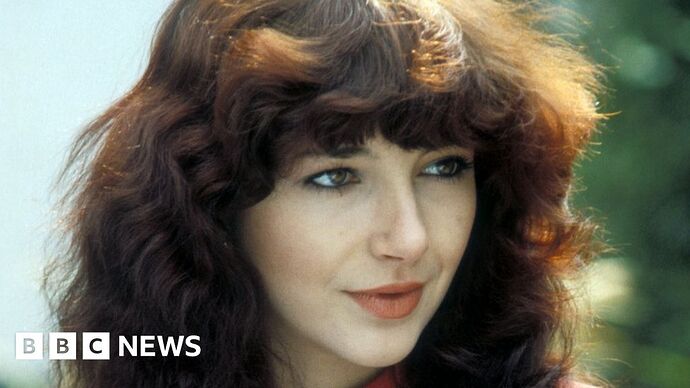 Kate Bush running up that chart thanks to Stranger Things

The UK singer has been trending online after featuring in the new latest series of the Netflix drama.

She’s always in the limelight for me

Yup, I’ve been enjoying her music for years and even more so now with the hires versions of her albums on Qobuz.

I have many vivid visual memories of listening to Kate which associate particular tracks to locations:

The Man with the Child in his Eyes (my capitalisation) - to my grandparents’ house and listening to it recorded from the ‘Top 30’ on an Alba cassette recorder from Woolworths. I’d hear the local PC walking up and down the street/hill on his ‘beat’ each Sunday.

Songs from The Dreaming - A holiday in Bournemouth listening to review of the album as we travelled in the car.

Hounds of Love - 1985 - utterly gobsmacked by the album, can recall having it on cassette tape and playing it outside my mother’s primary school where she was headmistress in an old Ford Sierra.

Aerial - travelling to see my maternal grandmother as she was nearing her end.

I had the big poster of of KB. in my bedroom, and would go to sleep with her every night (too much info

)
My first album was Lionheart, which I still have, bit grooves may be well worn. I remember trying to right down all the words, which I never understood until I asked my older sister

Lionheart (even on the EMI Fame label vinyl) is one of the most audibly sumptuous and enjoyable records I’ve ever heard. Probably had that prior to HoL/THoL.

The Kick Inside was also a revelation when I heard it first.

I definitely prefer HoL/THoL and before to later offerings. The Sensual World is great but has a few weak tracks.

The Red Shoes never really worked for me.

Aerial was a mixed bag but Side B sublime.

50 Words for Snow is magical when you’re in the mood.

Must have been one of these that enslaved me 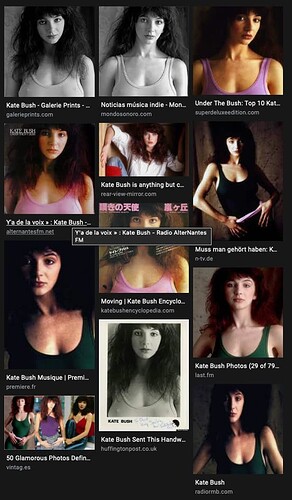 Have been impressed with the music used in the show so far on all seasons, it is such as useful place setter chronologicaly and fits well with the 80’s theme, hearing the Kiss track afterwards jarred slightly though.

Have been impressed with the music used in the show so far on all seasons, it is such as useful place setter chronologicaly and fits well with the 80’s theme, hearing the Kiss track afterwards jarred slightly though.

Could be another thread but BBC’s Life on Mars and Ashes to Ashes (better musically for me) just had me on the point of auditory climax so often with the brilliant tunes chosen. Well worth a look if you’ve never seen them.

A horror show? It certainly has elements of horror but there is sci-fi and comedy in there too and I’ve always erred on the side of viewing it as a rather lovely pastiche/tribute to 80s films.

Aerial and onwards looses me a bit. Don’t think it helped when she talks about washing machines in one of the songs. Perhaps I was just annoyed that she never married me instead. Then again, I don’t like songs with the words Television, Video, Washing machines or Cigarettes in them - yeh weird I know.

Off to see “An Evening Without Kate Bush” in Sept - still not sure what it is, but couldn’t resist giving it a try.

Funnily enough, last night the two teens and I watched the very episode where the Kate Bush track was featured, and to great effect too. I may have a convert…teenager number one exclaims: “I’ve heard that played in your studio, it’s really good, who is it?” Album now on her playlist!

I was really surprised how quickly the track seems to have gone viral.

A horror show? It certainly has elements of horror but there is sci-fi and comedy in there too and I’ve always erred on the side of viewing it as a rather lovely pastiche/tribute to 80s films.

Interesting Mike - I’ve not seen a single episode, but they’re both a bit hooked when they do their ‘girls TV nights’ which is not to say it isn’t family fare. They keep telling me I need to watch it through, maybe I will, is it that good?

Last night I opened the door to the room they were watching in apparently at the precise time it was ‘horror’ and they both screamed.

Aerial and onwards looses me a bit. Don’t think it helped when she talks about washing machines in one of the songs.

Yes, I know what you mean but that side also has the Sublime ‘Pi’. In hindsight you wonder if it was just experimental with abstract topics?

Side B on vinyl was just far better and more cohesive, simply a shame about bloody Rolf who destroyed so much childhood innocence. The Bertie recasting does not sound as good to me.

Shows the power of popular culture/social media though:

Equally I can well recall many tracks from yesteryear being given a second lease of life in the early 80’s - they were simply good songs.

I’d say the first series was near perfect. On one level a loving tribute to stuff like The Goonies. Great 80s soundtrack too. On another level immensely satisfying because, for once, everything which happened had an explanation which didn’t leave you thinking “oh don’t be daft” but instead caught you off guard by being logical and thought through. Instead of sitting there thinking “… but why didn’t you?” you’d find yourself thinking “damn, that’s exactly what I’d have done”. An out there story which made sense. It also helped that the child acting was brilliant and the script laser sharp.

Series two I was less sure of. Some of the logic was lost. Absolutely worth persisting with. Not started series three yet. Too much other great stuff to watch.

There’a a nice article over on Super Deluxe Edition…

Hadn’t seen that second video of “Live Secret Policemans Third Ball 1987” before - thanks.

For those who don’t know the link below covers every songs she has sung, and what’s been said about them - very interesting, and helps with understanding many that go over my head occasionally.

The Kate Bush Encyclopedia contains information about and hundreds of other subjects.

Imagine finding this track and hearing it for the first time!

Almost jealous of the younger generation!

This is cool. Hounds Of Love has risen by over a thousand percent on the Discogs want list. Snap from their Instagram feed… 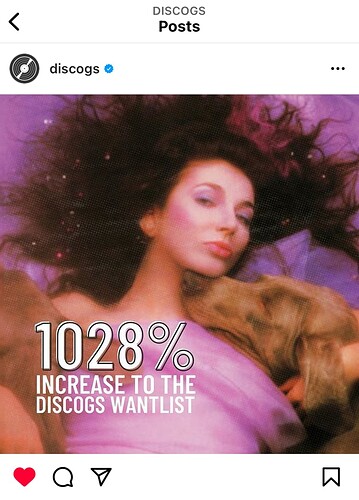