Yes, a NAP 300 is perhaps more suitable for the task.

Or even a NAP 500 to make the speakers really sing. But then it will be really expensive unfortunately…

Why not ask the dealer to arrange a listen with the ATC scm40 with a 250dr and the 300dr. They are in the room next to them.

As I understand it there is a difference to be made between speakers being driven properly at the desired volume and speaker performance being improved with a better amplifier. The lattar would be normal for most speakers, and not necessery be taken as showing some shortcoming with the first setup.

I’m very happy with the ATC scm40 and a 250DR and also happy to know that the speakers would respond well to a 300DR.

Debs. The dust side of the…? 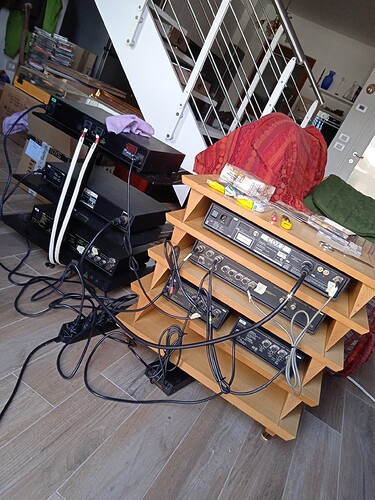 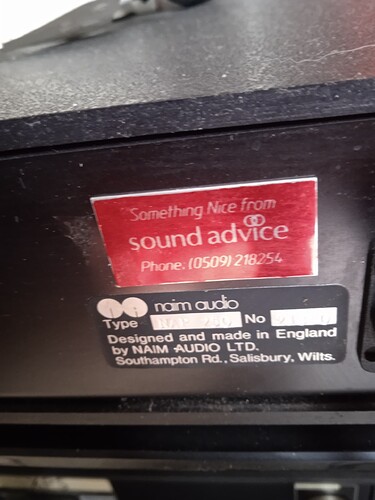 I use Gaia under my S600s and they work very well. I previously had Townsend
Isolation Bars. The latter were slightly ‘cleaner’ but I marginally prefer the Gaias.

While you are here Gaz, what prompted that change?

Nice to hear that you are happy with your ATC SCM 40 along with your 250DR Porphyr. Kul!

So you can play loud if you want?
Yes, I can always ask Stefan or Björn to connect them for a comparison, they are as you say in the room next door

my doubts, apart from the fact that they have low sensitivity, are that they are considered to be very focused on the “middle register”, how do you experience that?

Very musical speakers…….you can throw anything at them……until its a poor recording, ruthless on the source….very Naim😉

Agreed, but if I am ever in that position it will always be a 552 first

It is possible that there would be amplifier limitations for someone that usually play very loud music in a big room. I haven’t tried that. But I guess you can try rocking out at the dealers place!

Going from a Supernait 2 to 250DR with the ATC SCM40 I got clear improvements with low volume (but also a lot of other improvements, as I put in a 282 at the same time). Before there was a more marked difference at one point where the speakers started to sound more “full”. But this seems to be the general outcome for many speakers when you move up the amplifier ladder. Many forum members report this form of improvement when going from a 250DR to a 300DR, not only for ATC speakers.

Yes the ATC SCM40 are great for the mid-range register. They do have the famous soft dome. I would not describe it as if the speakers are focused on the mid-range, but the clarity of the mid-range is great. Someone on the forum described that clarity as addictive, once you have it and like it. A friend of mine responded with “Wow, now I can easily hear the words” when we played some London Calling with The Clash. He owns first generation Harbeth 40M. There is no imbalance with the speakers, they certainly play the whole register they are specified for without anything missing. And the base is sometimes surprisingly low and with good grunt.

With that said the speakers really responds to reproducing different recordings. I find that interesting, but I can see that it can lead to moments of initial disappointment… One thing I have experienced is that when I turn up volume a bit more than I usually do, my setup sometimes can sound a bit too much “on” when it comes to upper mid-range sound. It is almost as if these frequencies are slightly too loud, but they are not harsh. This might be the combination of a 282 and the ATC SCM40 as some have suggested, or it can be some sort of room effect. I tend to think the latter at the moment, as I didn’t notice this when hearing the same setup at the dealer. But this is of course easy to miss during a demo, compared to days and weeks of playing music at home. Perhaps something to listen for at a demo.

In short, go and have listen with some coffee

Thank you for a detailed and very interesting answer. This confirms what I read in the reviews, that the speakers need well-produced music to get to their full potential (If I understood you correctly)

What you say about the upper mid-range and that it can sound a bit too much “on” when you turn up the volume a bit more than usual, makes me wonder if the speakers may not be completely linear in their construction, and that they deliberately raised certain frequencies in the upper middle to highlight these, which is revealed and becomes clear when you increase the volume? That would be very possible considering that the ATC signum is a clear and distinct middle register. Very interesting! I’ll take that with me if there will be a demo along with a coffee and a cinnamon stick.

I think it is well worth to demo the ATC speakers. It seems they often get associated with some special and dominating traits when it comes to required power and their revealing nature. I did not find all things said to be true or that pronounced when I did a demo. Obviously I like them as I bought a pair!

I doubt the clear midrange and the sometimes present ”on” effect is a result of an uneven frequency response curve. As I understand it this is not how ATC works, and they have other means to achieve their famous midrange clarity. But I confess to not know very much about the technicalities.

I would also say that it is the quality of the recording that reach full potential with these speakers, not the other way around. But this might be considerd as nit picking…

I listen to some intentional lo-fi music and the speakers do not make this unpleasant. Rather more interesting!

On a final note , I could describe it as if the speakers ask for some attention and that draws you to playing music and listen with a bit more active intent, when compared to my former set up.

Now, on to more system pictures!

I have the same deck and cartridge. What phono stage do you use out of interest?

Hi I don’t have a separate phono stage, just MC cards in the 82
Would I benefit from one?

I have no experience of your preamp so would defer to others on that.
I need a phonostage for my 282.

Those were my dream speakers about 25 years ago. Couldn’t afford it during that time so I bought the CDM 1SE instead.