The Beatles in High Res

As someone who loved the remastered Beatles albums on CD I am curious whether any of you have heard the 24/96 FLAC downloads available for Sgt Pepper and the white album? If so how do you feel they compare?

Given that the remastering was done from files encoded at 24/192, I for one wonder if they will ever release HD files at that level of resolution. I’d pay serious money to be able to get hold of the ultimate incarnation of the Beatles albums even though I already own the albums on various formats several times over!

I have both St. Pepper and the White Album in WAV hi res and both are excellent. Both 24/96 from HD Tracks

I have Sgt Pepper & White Album 50th Anniversary releases in 24/96 WAV. excellent SQ, better definition especially all bass & drums, stereo more 3D.
Whilst the many extra studio experimental track are interesting, I have made copies of each & edited out so as to have a copy of the complete new release album & the original album release tracks

I’ve got then both, but since the 24/96 downloads are of Giles Martin’s 50th anniversary remixes it might be misleading to compare them to the remasters. It would be like comparing apples with…different kinds of apples. If your Beatle fandom approaches the level where the idea of high-res, albeit different, versions of albums you’ve already purchased several times over appeals, I’d recommend them without hesitation.

High Res Audio are currently selling the Super Deluxe White Album for £80, compared with ~£110 from HDTracks and Qobuz.

Another option would be to locate the USB apple of the remasters, but that’s only 24/44.1 IIRC.

I recently bought The Beatles USB stick in the apple with the HiRes albums, they are excellent.

When I want to show streaming at its best these are the first files I turn to.

Yes I have those - they are indeed excellent. I’ve yet to hear any 24/96 + material which is decidedly better than most of the stuff at standard red book so don’t tend to seek them out.

I’ve got the Deluxe version of the White Album. The 2018 remixes are really good and the Esher demos are hugely enjoyable. The bigger set was just too much for me in both price and size.

On my server I have the following: 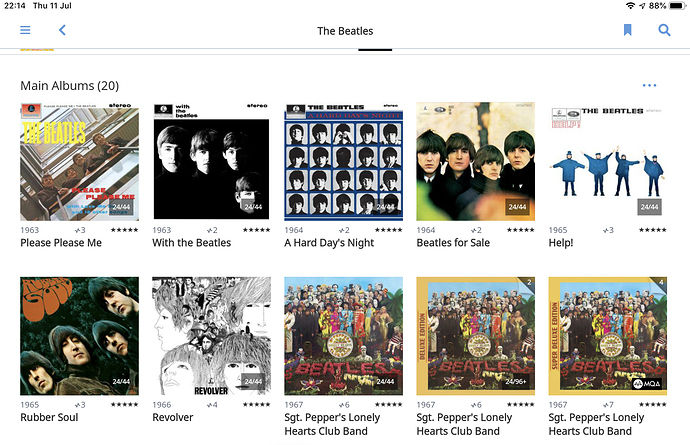 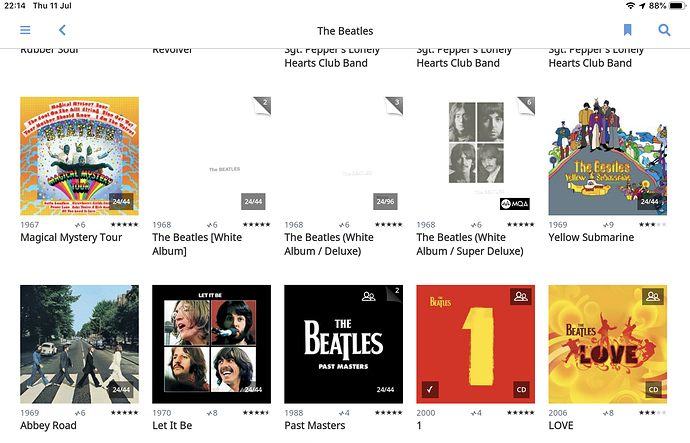 Of course on Vinyl, there more including: MoFi Pressing, early Mono pressing & ‘Let it Be’ and ‘Live at the BBC’

I’ve owned the Beatles usb stick since it was first released, and I think that those albums in that format sound fabulous. They are on my server now of course.

The Giles Martin remixes are very interesting and also enjoyable, albeit they are remixes; every once in a while I hear something in there that catches my ear, as it’s just different than the mixes I’ve heard for 40 or so years.

Until this thread I was unaware that the USB format was available. The new 96/24 mixes are fantastic, but the material is so good not even I could ruin it.

That usb stick in the green apple got a bit pricey on the Bay the last time I looked. It’s been out of production for quite a few years now.

I went had a look yesterday, it’s available here on Amazon for just under $500. Hard to justify when I have the original, the remastered (stereo/mono) and now the hi res (as they become available). My wife would kill me. They only recorded 11 albums and I have 41.

Yes. I picked up one a few weeks ago for £150 which I thought was not unreasonable.