I think I get it

Didnt the funny guys have fun with Ms O Connor’s hair cut some years back. 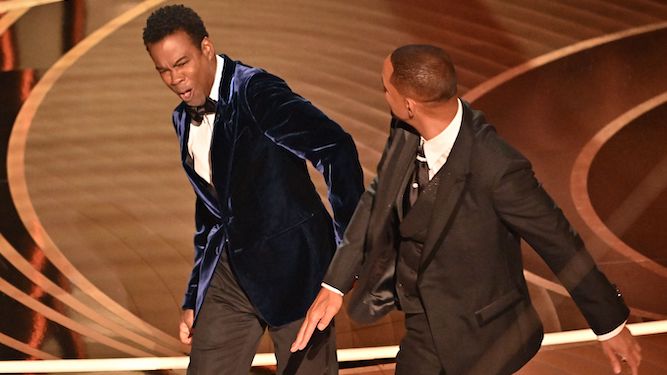 Will Smith moved to his auntie and uncle in Bel-Air

AFTER getting in one little fight, Will Smith’s mum got scared and moved him to his auntie and uncle in Bel-Air, it has been confirmed. 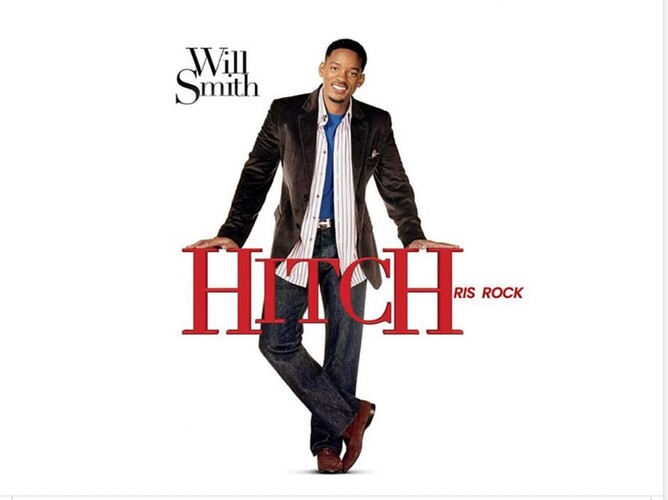 I wonder if he would have had taken a swing at The Rock, if it were him rather than Chris Rock?

The guy played Muhammad Ali and slaps like that? Looked staged to me, generates loads of publicity for a pointless back slapping exercise for lovies. If it wasn’t staged he hits like a girl

Still, he’s a big fella. I wouldn’t want to cross him !

…his wife has a disease which causes hair loss, alopecia, so if someone was being offensive to my wife about a medical condition beyond her control I might slap the SOB myself. Chris Rock should be the one suffering from more than a slap on the face for his behavior.

Same here. The only one allowed to insult my wife is me, and she knows that I don’t mean it.

“When Will Smith stormed onto the Oscar stage to strike Chris Rock for making a joke about his wife’s short hair, he did a lot more damage than just to Rock’s face. With a single petulant blow, he advocated violence, diminished women, insulted the entertainment industry, and perpetuated stereotypes about the Black community. That’s a lot to unpack. Let’s start with the facts: Rock made a reference to Smith’s wife, Jada Pinkett Smith, as looking like Demi Moore in ‘G.I. Jane,’ in which Moore had shaved her head. Jada Pinkett Smith suffers from alopecia, which causes hair loss. Ok, I can see where the Smiths might not have found that joke funny. But Hollywood awards shows are traditionally a venue where much worse things have been said about celebrities as a means of downplaying the fact that it’s basically a gathering of multimillionaires giving each other awards to boost business so they can make even more money. The Smiths could have reacted by politely laughing along with the joke or by glowering angrily at Rock. Instead, Smith felt the need to get up in front of his industry peers and millions of people around the world, hit another man, then return to his seat to bellow: ‘Keep my wife’s name out of your f…ing mouth.’ Twice. Some have romanticized Smith’s actions as that of a loving husband defending his wife. Comedian Tiffany Haddish, who starred in the movie ‘Girls Trip’ with Pinkett Smith, praised Smith’s actions: ‘[F]or me, it was the most beautiful thing I’ve ever seen because it made me believe that there are still men out there that love and care about their women, their wives.’ Actually, it was the opposite. Smith’s slap was also a slap to women. If Rock had physically attacked Pinkett Smith, Smith’s intervention would have been welcome. Or if he’d remained in his seat and yelled his post-slap threat, that would have been unnecessary, but understandable. But by hitting Rock, he announced that his wife was incapable of defending herself—against words. From everything I’d seen of Pinkett Smith over the years, she’s a very capable, tough, smart woman who can single-handedly take on a lame joke at the Academy Awards show. This patronizing, paternal attitude infantilizes women and reduces them to helpless damsels needing a Big Strong Man to defend their honor least they swoon from the vapors. If he was really doing it for his wife, and not his own need to prove himself, he might have thought about the negative attention this brought on them, much harsher than the benign joke. That would have been truly defending and respecting her. This ‘women need men to defend them’ is the same justification currently being proclaimed by conservatives passing laws to restrict abortion and the LGBTQ+ community. Worse than the slap was Smith’s tearful, self-serving acceptance speech in which he rambled on about all the women in the movie ‘King Richard’ that he’s protected. Those who protect don’t brag about it in front of 15 million people. They just do it and shut up. You don’t do it as a movie promotion claiming how you’re like the character you just won an award portraying. But, of course, the speech was about justifying his violence. Apparently, so many people need Smith’s protection that occasionally it gets too much and someone needs to be smacked. What is the legacy of Smith’s violence? He’s brought back the Toxic Bro ideal of embracing Kobra Kai teachings of ‘might makes right’ and ‘talk is for losers.’ Let’s not forget that this macho John Wayne philosophy was expressed in two movies in which Wayne spanked grown women to teach them a lesson. Young boys—especially Black boys—watching their movie idol not just hit another man over a joke, but then justify it as him being a superhero-like protector, are now much more prone to follow in his childish footsteps. Perhaps the saddest confirmation of this is the tweet from Smith’s child Jaden: ‘And That’s How We Do It.’ The Black community also takes a direct hit from Smith. One of the main talking points from those supporting the systemic racism in America is characterizing Blacks as more prone to violence and less able to control their emotions. Smith just gave comfort to the enemy by providing them with the perfect optics they were dreaming of. Many will be reinvigorated to continue their campaign to marginalize African Americans and others through voter suppression campaign. As for the damage to show business, Smith’s violence is an implied threat to all comedians who now have to worry that an edgy or insulting joke might be met with violence. Good thing Don Rickles, Bill Burr, or Ricky Gervais weren’t there. As comedian Kathy Griffin tweeted: ‘Now we all have to worry about who wants to be the next Will Smith in comedy clubs and theaters.’ The one bright note is that Chris Rock, clearly stunned, managed to handle the moment with grace and maturity. If only Smith’s acceptance speech had shown similar grace and maturity—and included, instead of self-aggrandizing excuses, a heartfelt apology to Rock.”

Ok, I can see where the Smiths might not have found that joke funny. But Hollywood awards shows are traditionally a venue where much worse things have been said about celebrities as a means of downplaying the fact that it’s basically a gathering of multimillionaires giving each other awards to boost business so they can make even more money.

Made very prominent by Ricky Gervais and brings up this relatively new issue of offense culture. I’d suggest that jokes that tease peoples’ choices and decisions are, mostly, acceptable. Don’t get offended if someone jokes about your choice of haircut. Do get offended if that haircut is as a result of alopecia, which is clearly not a choice but an autoimmune disease. Is violence the answer, after all, no, but part of me did think what Will Smith did was justified…

Perhaps this trend of ensuring the celebs are mocked has gone too far. Make good jokes, rip them to shreds if you must, but not about things that they have no ability to change (and should not, in any reasonable world, be expected to change).

Hmm. I believe hair loss has been the subject of jokes for some time…Should this be different if the ‘victim’ is a celebrity, a female, a wife, a mother or a woman of colour? All of which have been referenced in the reactions to Will Smith’s assault and in defence of it.

Good point. Is there a line between autoimmune disease and natural hair loss? Or is it all fair game?

Possibly, up to a point. I think referencing her ‘Marine Cut’ wasn’t that funny, wasn’t that offensive either. However there are many worse things in the world to get upset about.

there are many worse things in the world to get upset about.

Is violence the answer, after all, no, but part of me did think what Will Smith did was justified…

Jim Carrey put it well, in his reaction:

“If you want to yell from the audience and show disapproval or say something on Twitter [that’s OK, but] you do not have the right to walk up onstage and smack somebody in the face 'cos they said words.”

In a year that saw the academy attempting to showcase female presenters, winners and people like the Williams’ sisters, the headlines are dominated by a man’s action. How ironic that he was trying to ‘help’ a woman.

I agree with you and Jim and that was my conclusion.