The curse of compression!

I’m beginning to think that half of today’s recording engineers have cloth ears! I bought a copy of Sam Fender’s ‘Seventeen Going under’ album at the weekend on vinyl and keen to hear this up and coming artist who is a bit of a Geordie Springsteen sat down for a listen. It’s a good record with some really heartfelt lyrics and nice tunes and instrumentation but the production is just such a disappointment!! It suffers from that bain of modern recordings - heavy compression so that there’s just no real dynamics and there’s a feeling that the sound never breaks free of the speakers or really comes out into the room. To be honest with this level of recording quality I might as well have saved myself the £27 for the vinyl and just streamed it on Tidal for free! If it can’t sound good on £10 000 of vinyl front end through £10k of Naim amps into floorstanding ATC’s then frankly there’s no hope it ever will!

Mildly fed up I decided to stream Aretha Franklin’s album ‘I never loved a man the way I love you’ and my God - the dynamics, the transparency, the astonishing soaring quality of the music - and all this from a mono recording made in a small low rent studio in Alabama in 1967. It was a real ‘shivers up the spine’ experience and left me pondering what the hell is wrong with modern producers/engineers that with the benefit of all the tech at their disposal so often they can’t capture the goods.

I know that the theory says that music is compressed to sound good on small transistor radios etc but surely with more and more people listening on good quality headphones from portable devices and most people having reasonable car stereos nowadays surely that argument is dead in the water. I would suggest that the music replay devices in the average home and car today far exceed the quality of replay devices that most people had access to in 1967.

Needless to say I ordered the mono vinyl 180gm of the Aretha album for a bargain £15 brand new and am looking forward to hearing it tomorrow. Got a Kiseki Blue NS en-route to me for review on friday too so looking forward to a very analogue weekend and Sam Fender won’t be getting any play!

Anybody else wonder what the engineers are thinking of?

I know that the theory says that music is compressed to sound good on small transistor radios etc but surely with more and more people listening on good quality headphones from portable devices and most people having reasonable car stereos nowadays surely that argument is dead in the water.

Unfortunately not. I think most mainstream recording is now done and aimed at the average Spotify lossy listener, not hifi audiophiles.
Car stereos may be decent (debatable), but a car is hardly an ideal listening environment, also when driving most people just want to hear music, not critically listen.
I think we have some studio sound engineers or record producers on here, perhaps they can add their opinions.

Much modern music have flat dynamics. Which robs the music of a degree of emotional connection & excitement.

I find this issue with many modern re-masters. I assume they are being produced to sound good via headphones, or perhaps car radios?

This is where LP is a great medium for constricting the engineers. Although many were made with poor recordings. Today I suspect the recordings are more routinely good, it is the choices they make in mastering that screws things up!

To me, this raises a question: if music was so well produced then, for whom was it done so?

Consumer electronics are relatively (in general) much more affordable than they were 50 plus years ago and one would hope, of higher quality.

In the 1960s we had an awful rental tv, an old valve radio, and very cheap transistor radios. I very much doubt the world was full of well-heeled audiophiles.

Perhaps the poor sound quality of many current releases explains why I buy older music?

There’s plenty of extremely well-recorded music being released today, but I guess it does depend on genre. Some of the recent classical releases from the likes of Chandos and Hyperion are as good as anything I’ve heard. Lots of great sounding jazz albums and some folk, too. But it seems to be the most commercial stuff where things are at their worst. I would guess the producers envisage a target audience who are often listening on small mobile devices and where loudness can grab attention even if that entails lots of compression. It’s not really my cup of tea musically but I occasionally try an unfamiliar band on Qobuz. As often as not though, the SQ puts me off before I have a chance to get into the music.

That’s a bit like TV theme tunes or soundtracks. When thinking of changing ours, I was talking go a salesman about soundbars. He said that less than a quarter of people buying a TV, buy any kind of sound equipment.
We have a basic Orbitsound, bought on recommendation to aid dearly beloved’s hearing disability. There is so much more to hear than the TV speakers reproduce. Are TV producers really writing/recording for themselves, to keep a mate in a job?
It similarly begs the question why was VHF(FM) broadcasting introduced by the BBC in 1955, for quality, to keep up with the US?
Along similar lines, it took 20 years for 625 line TV broadcasting to end 405 line.
Yet we still watch programmes made before that standard.
Is HD television just a fad?

This compression problem seems to have been around for a great deal of 70’s music, I have a number of vinyl albums that I consider unplayable on decent equipment, sadly.

It’s when you get to mainstream pop/rock that you come across dreadful sounding stuff. Kids don’t need great sound, just noise…

Isn’t this just the ongoing manifestation of the awful and wholly unmusical “loudness wars”? Which if I understood correctly came about in order to get best exposure on radio?)

I agree with that, particularly the 80’s, but so much music from the 70’s was/is very flat, for whatever reason, very little separation of instruments, or bass for example.

I keep asking myself this question for several years. The ongoing compression has reduced my interest in popular music nearly to zero. I can’t stand listening to any of these records for more than a few minutes.
Fortunately most Jazz and Early Music releases still have a decent dynamic range. Otherwise I might lose interest in listening to anything.

but so much music from the 70’s was/is very flat, for whatever reason, very little separation of instruments, or bass for example.

Strange how we can hear differently. I think the late 70s contain some of the best sounding recordings in my collection.

What specific albums are you thinking of from the 70s with “compression”?

I tend to agree - there’s some great 70’s recordings/pressings out there like Roxy Music, the Eagles, Fleetwood Mac, Kate Bush’s glorious debut the kick inside and of course Floyd and the first Dire Straits album. All of them far superior recordings/pressings to most pop/rock records that came out since.

The rot really seemed to set in from the 80’s onwards - almost everything by REO Speedwagon, the truly dreadful sounding U2 albums like the Joshua Tree, Shlock Aitken Waterman etc and the downward trend has continued to the present day…

Having said that the 80’s do have some beautifully recorded and produced stuff - Gabriel’s ‘So’, most Del Amitri, the rest of Dire Straits output, some of the late Jethro Tull albums like ‘Crest of a Knave’ plus Chris Rea’s stunning sounding ‘Auberge’. Then there’s the sublime production on Frankie Goes to Hollywood’s 12" singles so it certainly wasn’t all bad!

No, not this one! It sounds dreadful (to me). Bass sounds like thud.

Hi SJB, the types of album I’m referring to (and this is probably where the differences are) are from Rainbow, Dio and the like, i. e. Genre specific, as JonathanG says below many bands did produce great sounding albums, and I have many from the artists he mentions and they do sound great. My frustration has always been that if some engineers can do it, why not all? So many albums that have a ‘busy’ content actually need better engineering than the likes of fleetwood mac, Pink Floyd, etc whose albums always sound good, but it seems the reverse was true, at least in a number of cases. I can only think that some of the engineers of the time thought that what they were doing was great in their opinion, after all the bands I’ve mentioned above (just to identify the genre, there were more I could mention) were not ‘small time’ outfits so one assumes it had to be personal taste. I also recall being happy with them at the time, but as others have said, kids in their teens just want noise, not bothering with the critical listening we take part in during our more ‘relaxed’ years, or maybe it’s just me. Either way, thanks for your input young man!

Think I’m going to have to revisit ‘So’ then as it seems my memory is playing tricks! Haven’t heard it in years as I’m not that big a Gabriel fan. I just recall thinking ‘Don’t give up’ with Kate Bush was really beautiful and emotive and quite cleanly produced.

It’s certainly hard to think of any modern rock/pop artists producing high quality recordings - Billy Eilish, Sam Fender are both dreadful productions and even Andersson and Ulvaeus seem to have lost their touch because a comparison between the new Abba album and say ‘Gimme gimme gimme a man after midnight’ shows that the 70’s Abba recording blows the new one into the weeds on production quality. What I cannot understand is how they don’t know this as they sit there in the recording studio playing it back through £50 000 ATC main monitors!!

One artist who consistently seems to get it right is Mark Knopfler whose solo work maintains the awesome quality of his classic Dire Straits work. Perhaps that’s down to the exceptional quality of his British Grove studio in London or maybe he’s just a man who appreciates quality in everything he does and uses his ears to make sure he delivers it! There’s a very interesting tour of the studio here: 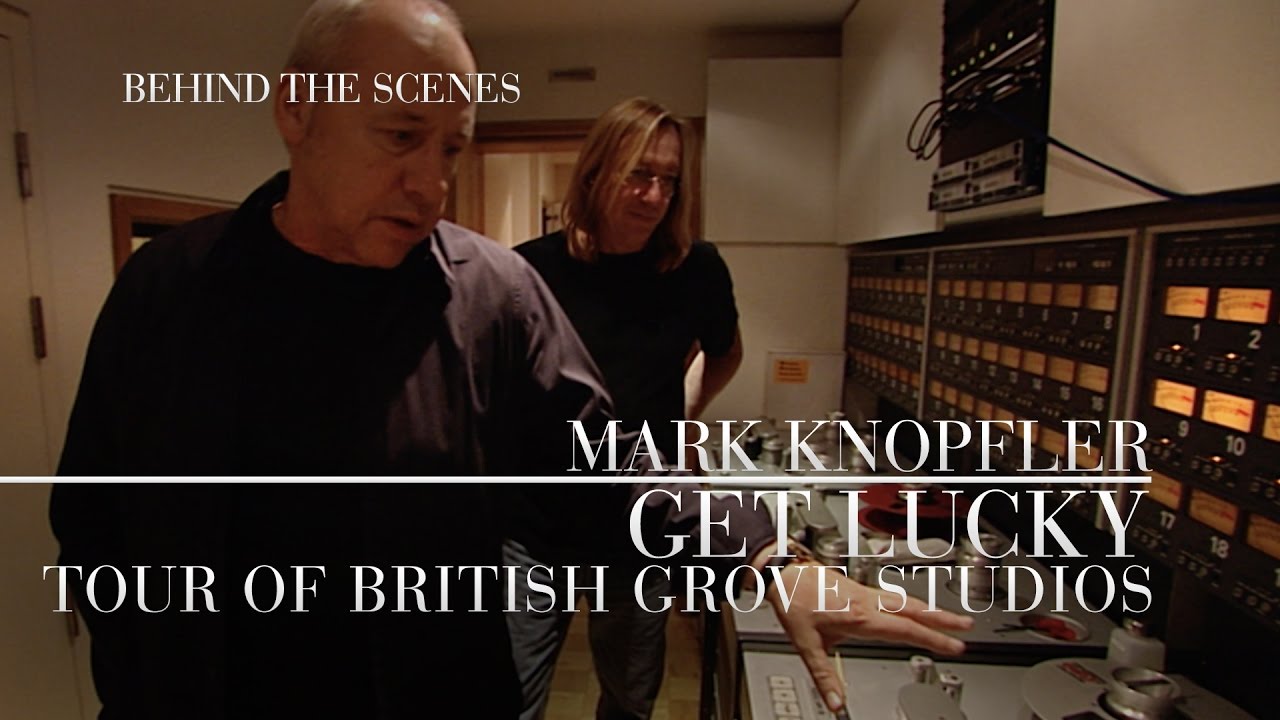 Yes, some of the tracks on ‘So’ are not too bad - Don’t Give Up, Mercy Street for example. But, ‘Red Rain’ sounds ‘processed’ (can’t think of another word for it !) and the horns and bass in ‘Sledgehammer’ especially sound bad. Great album though

My system, my ears. I’m a CD guy nowadays so maybe this is an album that cries out to be heard on original vinyl.

I’ve always thought that ‘So’ was really well produced. I’ve got it on vinyl, CD and a hires remastered release too.

The remaster is definitely clearer and preferred.