Is it true? In my days, we sometimes had 5-6 students/lecturer per class, and only 2 had first-class honours. 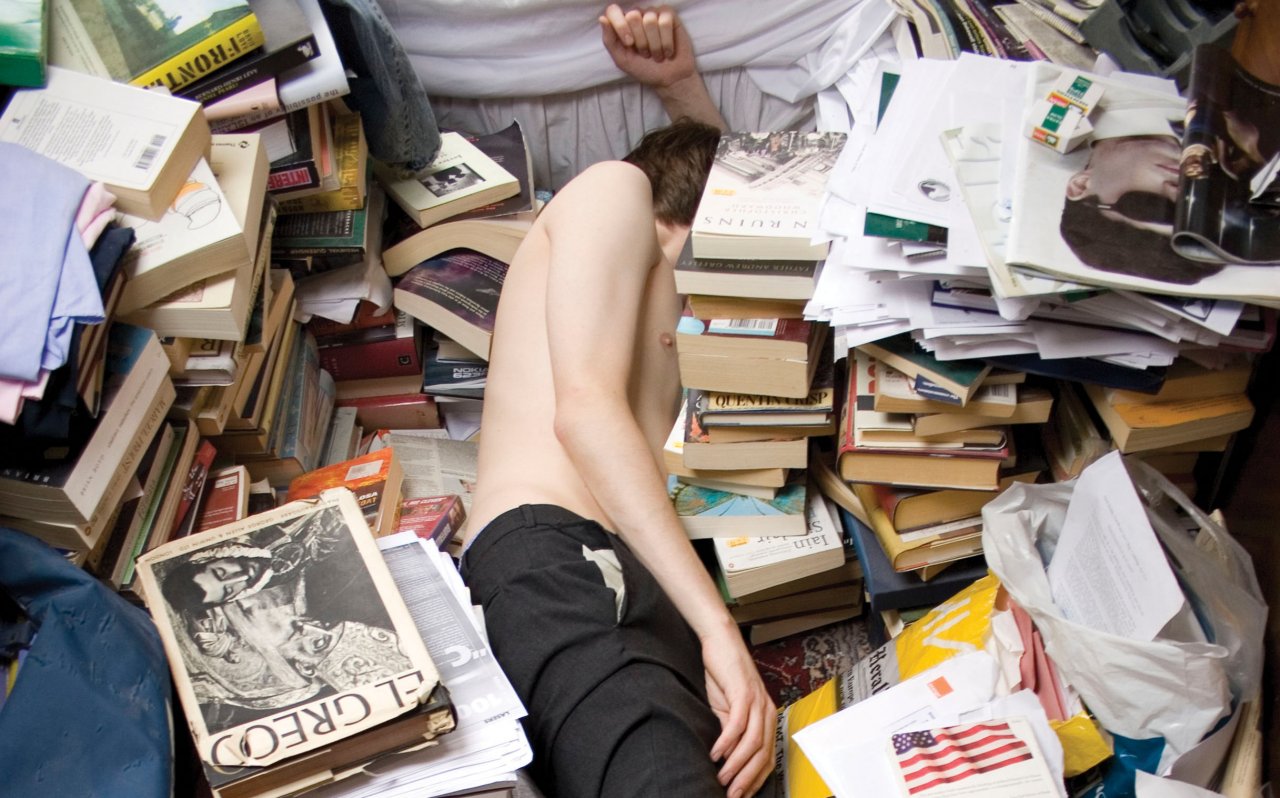 The great university con: how the British degree lost its value

This summer, a department at the University of Sheffield sent an email to students. A group of them had complained about their marks for an end-of-year essay. While a few had received Firsts, these students were given 2:2s and Thirds. “Thank you for...

This is an excellent article - I’ve studied at various institutions for most of my life. Standards have declined, especially in literacy. However, back in the day at uni, overseas students coming to study for a masters had to sit the equivalent of 2nd and 3rd year courses before they could begin the Masters’ courses (this was the natural sciences).

I later studied at a couple of polytechnics colleges for my professional qualifications; those institutions are now universities. Much later I went to an affiliated college that subsequently became a university - the rigour of the courses were poor compared to my earlier experiences. However, my last foray into academic research was on a par with my earlier experience.

Thus, the value of a particular course depends on the institution, but there is pressure to award degrees where they might not be warranted. One friend of mine resigned rather than award a degree to one of his students - a sad sign of the times.

I have just read the article and I have to say that I am shocked. I never went to university, preferring instead to go through the apprenticeship system. We seem to have developed an “all must have prizes” approach when what we really should be doing is simply saying: ‘sorry, you’ve failed because you didn’t make the grade, and you are going to have to deal with that.’

We must - simply must - nurture a generation of young people who are resilient so that they can deal with failure and find other routes to fulfilment and the only way we can do that is to stop fetishising academic attainment!

Above all, the philosophy that has been embedded over the last forty years, that of removing regulation and abandoning people to the market, needs to be challenged and repudiated. Education has now become a massive racket. It’s little wonder why our young today feel so let down.

Thank goodness for the (Govt. funded) 4 year Honours degree in Scotland (Part of ‘Britain’…although Britain/England are used interchangeably in the piece)

But knowledge isn’t just about regurgitating facts, whether it’s from a book or from the internet. It’s about developing a deeper understanding, relationships and dependencies and how things fit together. I never went to uni, yet even I understand that.

Knowledge and understanding is a bit like bodybuilding - you extend effort and you build understanding and wisdom like layers of muscle tissue. We don’t seem to be teaching people to think these days, and to be authentic and to develop new ideas or to take risks.

There is an old adage in education… data after analysis becomes information that can be understood, which with experience becomes knowledge. Here is a link that explains it rather better than I do. 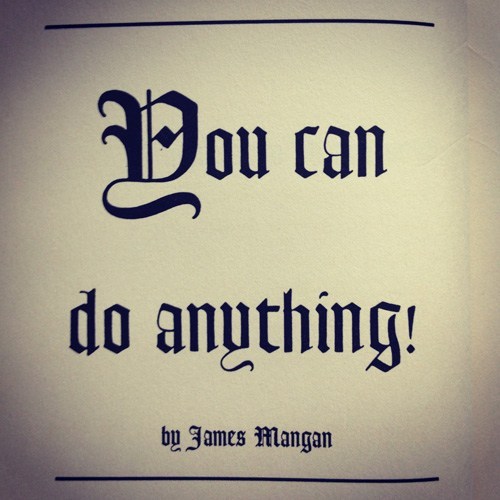 14 Ways to Acquire Knowledge: A Timeless Guide from 1936

“Writing, to knowledge, is a certified check.”

I took early retirement from a university 10 years ago mainly because of the issues highlighted in this excellent and accurate article. Basically universities no longer have any sense of purpose apart from income generation which means “bums on seats” at any cost and they regard academic values as worthless and the students as cash cows to be milked mercilessly.
At one time I was 1st year tutor and ran the end of year Exam Board. The Year 1 board in those days was actually the most demanding as we would try to identify students who were unlikely to succeed and fail them thus saving them wasting 2 more years. Failures at the final year Board were very rare. Now even the truly hopeless are passed through and there are always some in the final Board that are impossible to pass even by current standards, but hey, at least we’ve had 3 years of fees.
Another issue is the casualisation of the teaching staff, making them vulnerable to management pressure. I had a permanent post and was at the top of my scale with no desire for promotion so was pretty much bullet proof (not in itself necessarily a good thing but that’s another issue). Most lecturers now are on temporary, often part time contracts which are renewed at the end of each academic year. In the final Exam Board management would have a target for each module in terms of marks and proportion of 2.1s and Firsts and each module leader would have to justify their marking in those terms. If my cohort were below their profile I would say something like “some students were lazy, some were a bit thick and some were both but I mark to a standard” and the management would have to suck it up. If I was on a temporary contract and said that I would never work there again.
It was an easy decision to take early retirement and walk away from that crap, years of pushing back and getting nowhere just wore me down.

Unfortunately it doesn’t start there. Schools also get paid in part for bums on seats. I’ve seen kids hounded to sign up for A Levels in subjects they had little interest in.

The schools funding formula is an entirely separate issue and not relevant to the issue around universities. My son is doing Maths at Loughborough and is on track for a first. He is a very gifted mathematician, but he also works really, really hard. The problem to me is grade drift - how can 40% possibly be good enough to get firsts? If nearly all students get a first or a 2:1 how do employers choose? They have to resort to excessive hoop jumping with four rounds of interviews, assessment centres and goodness knows what.

It was an easy decision to take early retirement and walk away from that crap, years of pushing back and getting nowhere just wore me down.

It’s like that in most industries these days. I’m taking early retirement (currently signed off with stress and anxiety) because, like you, it’s easy to become burned out.

This country should have adopted the German system of further education years ago. In their system academic study and vocational training through study and apprenticeships are treated as of equal value. In this country there has always been an academic snobbery where university study is considered superior.
You only have to look at the two economies to realise who has chosen the correct path.
In trying to deal with this prejudice in this country we’ve designated very good technical colleges universities and awarded sub standard degrees rather than concentrate on excellent vocational training.

In this country there has always been an academic snobbery where university study is considered superior.

And it is becoming more so. Some (most?) people are not suited to or interested in academic work, but have much to contribute in many other areas. So much assessment now is based around essays and similar rather than actual practical work.
When I taught ‘A’ level computing a while back there was a ‘practical’ part to the course. The students had to find a real ‘customer’ (could not be one of the other students, of course, nor me), find the requirements, design the application, program it and test it. They were supposed to use the Waterfall methodology for this (even though it was already losing popularity, quite rightly). But the assessment (done centrally) did not look at the code, nor test the program. It was really all down to the specs., and essay-type work. All very important, of course, but the most important bit should have been “does it work and does it do what the customer wanted, and is it maintainable?”. Those aspects didn’t really seem to feature in the assessment.

In their system academic study and vocational training through study and apprenticeships are treated as of equal value. In this country there has always been an academic snobbery where university study is considered superior.

Well, quite! I went through the very system above that, actually, used to exist in this country. The result? I’ve earned above the national average for most of my working life, and my career has taken me all over the world, doing some amazing things. I have no regrets about that at all.

As I see it, schools and universities are both responding to the same type of pressure to put revenue above educational standards. The FE college my wife works in is the same, and she is constantly under pressure to give students high marks that they don’t deserve in order to attract more funding and make the college look good. Even the first aid course I have to do for work is easier to pass than it used to be, with very little real assessment, making the course easier to pass, and shorter, but no less expensive. So I can’t agree that this is an entirely separate issue, as it seems to me like another part of the same malaise.

As I see it, schools and universities are both responding to the same type of pressure to put revenue above educational standards

Each school has an approved roll, which cannot be exceeded. If pupil numbers fall they need to reduce teachers and offer fewer options, and increase class sizes. Sixth form colleges are funded differently and I cannot comment on that, but equating school and university funding is totally and utterly wrong.

Why not do the classroom type teaching by video from home? Each pupil could watch lessons at their own pace. Time at school would be less, but would concentrate on shared activities or practicals. What is now homework would be schoolwork and vice versa. It could be a way to provide a higher level of education for less money.

Not my idea, I heard it on a news programme, but sounded promising. I don’t think more money needs to spent on education, but a rethink on how to make it work could be good.

Perhaps we could take a feather from the European cap.
I know someone who enrolled within a prestigious Italian art school. Took her 12 years before they felt positive to graduate her.