As there are many admirers of this fine band on the forum I thought I would post this info here.During a festival at the end of last month TTTB with the additions of Trey Anastasio ( Phish ) and Doyle Bramhall II performed the album “Layla and Other Assorted Love Songs” in full as the second set of a concert.The full performance can be found on the Tedeschi Trucks Band You Tube page and is well worth a luck.The musicianship on display is excellent and I have included a clip of “Little Wing” for your enjoyment.

Now if only they would do what Chris Robinson does so well. Release the tour concerts on flac download.

Got to be honest,didn’t know this band,but have just bought 3cd’s today ,after seeing that clip,one of which was a five disc set !

Just became aware of them myself a few months ago. Derek Trucks played on an Eric Clapton concert that I saw on DVD. He played with the same style at EC, but could nearly equal him. Google on him and see Derek on you tube, I blelieve, when he was 13 years old. Certainly a prodigy.

Trucks joined Clapton’s touring band in '06 and this allowed E.C. to perform a large portion of the “Layla” album with Trucks taking on the Duane Allman role.He is an excellent guitarist and pushed Clapton to extend himself more than normal and the tour was a huge success. 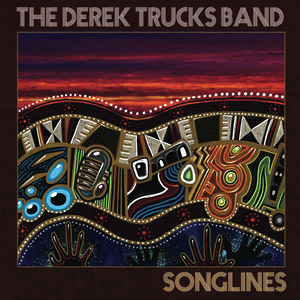 One of my all time favourites, from pre partnering up with partner days…

Yes, great album, this was my introduction to Derek Trucks.Also “Midnight in Harlem” off the Revelator album is a desert island disc for me

Has been a revelatory day,first the trucks band,and then on a visit to Vinyl Tap,got the Serfs Up album and the new Chrissie Hynde album,the latter due to posts on other threads,the forum strikes again !