The use of English

When I was at grammar school, those of us who did Maths, Physics and Chemistry at A Level, also had to do a subject call “The Use of English”. My year was the first year for whom this subject was introduced.

I don’t think it did me any harm, but equally, I’m not convinced it did me much good.

A certain newly-appointed Minister in the UK seems to have introduced a new set of Rules for his Staff concerning their use of English in correspondence and documentation.

We don’t have any set rules at our flight training school concerning the general use of English. However, our licensing, operational and safety documentation needs to be clear and precise.

Does your organisation operate with a set of rules concerning the use of English ?

We use The Oxford Style Guide https://www.ox.ac.uk/sites/files/oxford/media_wysiwyg/University%20of%20Oxford%20Style%20Guide.pdf

Most of the places I have worked as a journalist use a stylebook, and the rules tend to be strictly enforced. However, as I’ve settled into my autumnal ways, I think there are two overriding considerations:

P.S. Your “newly-appointed minister” would be “incorrect” in using a hyphen in an adverbial phrase.

Specific to the question, my organisation not, but in my profession documents must be clear, precise and unambiguous. Sometimes they need to be written so an idiot can understand, but mostly a reasonable reading age is expected.

Some people say a language is living and there should be no rules… i disagree (not that it is living, but that that means no rules. Good grammar and spelling are important if things are to be understandable and unambiguous).

This is in reference to one of the other rules that has been reported.

As a Typographer for 40+ years I have never used double spacing after a full stop - this was something that I was taught (and agreed with) and none of my work has ever had this ‘style’. It may be that the old single width letters of typewriters meant that it helped legibility, but with the introduction of computer/desktop typesetting into the office environment it became redundant. When letters are a variable width but more closely spaced, a double space at the end of a sentence is… a complete waste of space. Maybe that is why the author suggested it!

No rules where I work - but precise use of language is a must in the parent profession.

I too consider double spaces after a full stop an error of typographical judgement. It may be the one rule we actually do have - not to use a double space.

Foggy Moggy’s requirement to use Esq after the name of any man without a title is quite archaic and his requirement that his staff used imperial measures etc instead of metric is plain daft.

That has to be a top hat or an Eton boater

Yes , I can just see his rules being adopted by the civil service. To me it shows a degree of needing to control everything , the pictures of him with his sons - dressed in an identical manner chills me to the bone .
Every time he goes back to E**n, I get a vision of Lucius Malfoy in Harry Potter …

His rules certainly won’t be adopted by the civil service - don’t worry about that.
Best

I was taught to do that by my mother when using a typewriter as a kid. I dropped it about 10 years ago because it became clear no longer used - though personally I think text looks neater with. (The space it uses is trivial, and would only make a difference in extreme situations.)

his requirement that his staff used imperial measures etc instead of metric is plain daft.

I hope his staff have accurate conversion tables - and as leader of HoC is he going tomtrybto get legislation tomrevert to imperial where now metric? Interesting…!

The man has too much time on his hands.

No joined up writing.

START EACH SENTENCE ON A NEW LINE

Im only terty tree but dont tink i did dat badly.

To me, the primary issue is whether the person who you are communicating with is able to understand the basis/thrust/detail/rationale etc., of the message you are endeavouring to relay. It’s not always about grammar and construction.

Many walks of life operate with their own lexicons, some of which are impenetrable to many. I’ve read many letters from solicitors which while wonderfully worded were formatted as one paragraph over several pages of A4.

One of the competency definition tests around ‘Communications Skills’ is often written as ‘The ability to communicate at all levels within the organisation.’

The lesson I learned was the higher up the food chain you went, the more buzz-words
were employed and ‘less was more’ even though, from my perspective, this potentially (certainly in some cases) corrupted the message trying to be conveyed.

I should send him a copy of my square naim brochure design - the type layouts would really confuse him! 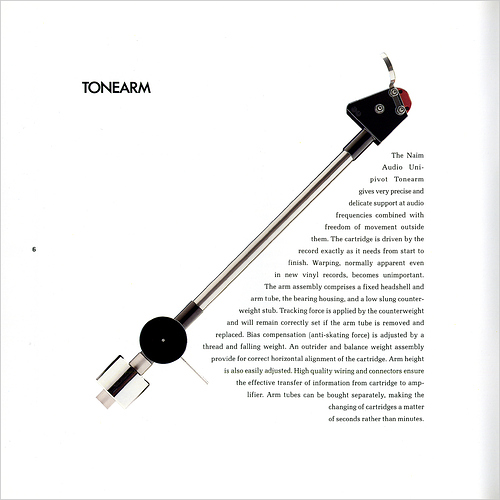 Organisations are SINGULAR.
Obviously never been to Greggs nor Harrods.

When I joined the civil service in 1974 we were told and expected to use Ernest Gowers “The Complete Plain Words”. There was only one copy in the manager’s room, that was sacrosanct.
I do not know when it was dropped, but possibly around 1996. With changes in job roles I was sent on more than one report writing course. When IT was introduced we still had a typing pool. There was definitely a conflict and we had word processing courses. The double space was dropped when Wordperfect fell out of favour. The typing pool double spaced letters, but not reports.
There was even a phase when due to space limits on some systems where we were asked not to space after a full stop.
Now? Anything goes. Buzz words? Yes, the higher up the greasy pole the more there are.

I worked for the European Commission for twenty years in Central and Eastern Europe. It would have been helpful if there had been a style guide, at least if the written word was kept simple.

I’m dyslexic and appreciate a double space at the end of a sentence as it helps me when reading the text back.

I too consider double spaces after a full stop an error of typographical judgement. It may be the one rule we actually do have - not to use a double space.

If you were dyslexic, you would think very differently about the double space.

I think it should be adopted by everyone as a reasonable adaption under the terms of the Equality Act 2010.