Yesterday I entertained my elderly Mother, Brother and his wife.

On their arrival mid-morning R3 was playing on the Nat 05 and as she sat down with a cup of coffee Mum asked which CD was playing, and when I told her it was R3 on FM she was very surprised, she said that is just wonderful, she loves classical music.

After lunch I played her the Beethoven Eroica (Tennstedt), a perennial favourite, on the CDS3 and she said “very nice but didn’t sound as rich as the radio earlier”. Conversation then got on to vinyl and I played her the Mozart Clarinet Concerto by Gervais de Payer on the Roksan and she said “that was truly beautiful”. My Brother then asked to hear On Every Street by Dire Straits and we compared the vinyl with the CD on the superb Planet of New Orleans and the conclusion was that whilst the CD was very clear and precise the vinyl smoked it for timing, tone and involvement, and nuances also emerged which weren’t there on the CD.

Conversation then turned to cost. I explained never in itself an effective indicator of performance, but whilst not knowing what a CDS3/555 would cost today let’s say £12K which would be more than the Xerxes configuration at current prices, notwithstanding that of course you have to factor in a cartridge re-tip every 3 years or so on the latter. But then came the genuine shock when I explained that when the Nat05 ceased production it cost about £1,200 and that the CDS3 was by reputation one of the best CDPs ever produced.

Conversation then turned to the whys and wherefores of all this. Now I’ve never hidden from the possibility that their is, or at least could be a psychological aspect, I bought the greater part of my musical collection on vinyl when I was younger so my psyche is that way, we get conditioned. However, the music on R3 on the Nat05 would have been rendered in the BBC studio digitally, and many/most of the recordings would have been digital as well. Similarly, On Every Street was a DDD so is it that the final stage of the reproduction in the home ultimately impacts the nature of the sound at least as much as anything else? But then my Brother, completely unprompted, reminded me of something when at the Anglia East Show back in 2019 how awful the ND555/552/500/Dyn Confidence room demo was and how brilliant the little all Rega system based around a P3 was in comparison. Now as we know show conditions are never a good way to evaluate the sound of a system and the room (barn) that the ND555 system was certainly not conducive to good listening. But I did notice that day that the volume control on the 555 was up at about 10 so was everything working that much harder? However, that would contradict with what happens at home where for my FM/vinyl listening I normally have the volume between 9/10 whereas for CD I’m normally set at 8/9. I often wondered if there is a car analogy here, allow a few more revs through the engine and you’ll be rewarded?

I may be coming round to view that, possibly, I need to consider other digital solutions, but I’ve been at this hi-fi stuff since I first acquired a Pioneer 512/amp/Wharfedale Dentons in 1978 and I still dont get it!

Nice write up of your thoughts there. I have a similar disparity between my expectations and my listening experience. I have always assumed that any piece of kit has an optimal operating range somewhere within its outside limits. eg an amp with a volume control that runs from just after 6 o clock all the way round to just before 6 o clock, would have an optimum performance somewhere in the middle, say 9 round to 3. Then I read that volume controls ‘normally’ operate by taking the optimal max volume and then applying a reduction to that optimum.
I am now sitting basking on some favourite opera and listening with the 552/300 volume is at 8 max. It sounds superb, but then am I missing something here and should really look for an amp combo that gives me my preferred volume when set at say 4, or nearly full amp capacity.
Confused but happy of France.

Maybe instead of personally demoing kit, we should take along friends and family. Ask for their opinions. That way the cost is right out in the open too… which ought to be a good thing

you post these very sensible and, in my opinion, perfectly understandable doubts and perplexities on the forum of an audio company producing very costly gear now mainly centered on digital (except for the Solstice, of course).
I won’t waste words, you’ll receive a lot of answers and you’ll be asked a lot of questions, such as did you try using porcelain balls in crystal cups instead of the regular ones under the 555 PSU? Have you suspended all cables to avoid the Earth’s rotation’s vibrations polluting the audio signal? The world of HiFi has turned to pure madness, returns are steeply diminishing and costs are rocketing to the sky. People is forgetting how gear did sound 40 years ago, and makers need to improve, redesign, change, perfect and most of all convince users that whatever they have will be obsolete in one year: if it’s so with cars, music and governments why shouldn’t it be true for audio gear?

Vinyl is still possibly the best medium to get some authentic pleasure from the very doubtful territory of reproduced sound; all the rest is sonic refinement, sonic fashion, design and the constant need of audio makers to stay afloat and sell gear.

You Mom was probably very right - and don’t forget that she knows nothing about audio subtleties but is very likely fondly passionate about music. So who’s the best judge? She or an audiophile?

I have given up on HiFi since some time. I’ll end up with a decent TT, my unexpectedly good TEAC A-H300 integrated (€150 on eBay) and my pair of Klipsch Heresy because of their joie de vivre. I have laid a tombstone on the rest. If millionaire audio brands start to lose money, their CEOs will undoubtedly find a replacement job in building. Good workers are always needed.

Best with everything
M.

…you and your family do not sound confused. Maybe surprised, but not confused.

Lindsay, The lady in charge of setting the Audio show east room up and then playing the Dynaudio speakers had zero interest ( some issues with partner) and did a bloody awful job unfortunately. I personally could not get her to really talk about anything. That and other non performing rooms does resonate with Alastair who is some what of a hostage to fortune, it clouds his view of future shows, which is a shame.
As for the ND555 get a home demo if interested. You mum is quite a hifi buff👍

In my experience, Naim are a decent and passionate manufacturer of hifi kit at all price levels. With their unique network of dealers, they positively invite prospective and existing customers to come and listen to their products to make up their own minds about value for money. In some countries, the UK for example, it is possible to arrange free home demonstrations.

Yes, there will always be a ‘bonkers fringe’ who obsess about the latest shiny ( black?) box, but there will never be enough of those ‘VFM agnostics’ to sustain a manufacturer like Naim.

As far as vinyl vs fm radio vs streaming goes, I have owned all three. Streaming has moved on significantly in recent years (see gen 1 vs gen 2 Naim streamers) and I have owned 4 different Naim streamers over the years. I would suggest a proper demo of Naim’s best gen 2 streamers, properly set up, at home if possible, before declaring which source format is superior.

I too can get struck by how superb a relatively modest system can sound, properly set up in the right environment, occasionally causing doubt and confusion. Then I listen to my (now fully run in) system at home and realise why I have a streaming front end, and why I have spent so much on music in the home.

My family are lovers of peace and quiet, so could never rely on them to provide an opinion on SQ. When my Mum was alive she would ask me to ‘turn that racket down’, so no help there…

Hifi and music in the home is a somewhat selfish interest for me, and I build a system that pleases me, not others. I do however respect domestic harmony by limiting my listening and now have the luxury of effectively 2 front rooms, both having TVs but only one having the hifi system.

I have a ND555 but much prefer replay via my relatively modest vinyl system. I would describe the sound as more organic and live sounding, but most surprisingly with superior bass definition.

Lovely story.
Next time the relatives say they will come round for a demo I shall scurryfunge and make sure the heatings on.
Should bare well to help keep them focused on those treble transients and bass PRaT.

Not sure this helps but I’ve thought for a while that every track / system / room has an optimal volume where it sounds the most engaging and ‘just right’, like baby bear porridge

I use “volume leveling” in Roon so it all sounds ‘just right’ when I switch from Jazz to Rock to Pop etc.

Thanks for all your contributions guys. Last night I was listening to Coltrane’s Sound 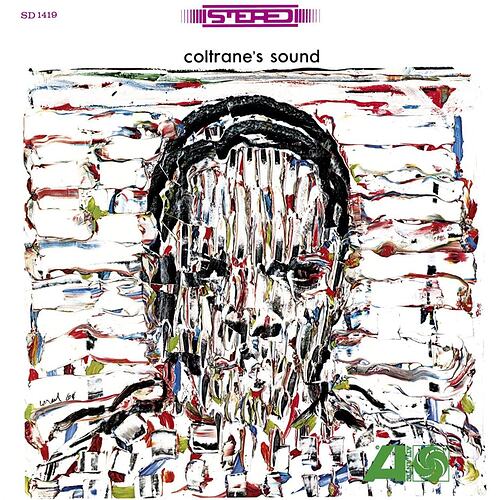 That way the cost is right out in the open too

What on earth are you suggesting? That way lies madness!

I never got good sound reproduction from that.