I have to ask for an info because I’m going into confusion: for a streaming listening of TIDAL you which app you use? Official Naim and below App Tidal direct or app Naim and then Chrome Cast build in? Or even someone opens Tidal pure from the iPhone?

I use Roon to stream Tidal

Roon is a good way to use Tidal, but if you don’t want the extra expense, I would just use it from the Naim app.

I’ve only recently started using Tidal from the Naim app and not liking the menu so far. I can’t seem to find what I’m looking for most of the time and the SQ is ok, my QNAP sounds better to my ears.

It would take a major streamer update for MQA support, not just an app update. Personally, I haven’t yet heard anything that would persuade me to use it.

Indeed, your QNAP probably transcodes are you are not using a proxy to play Tidal… therefore local media replay will likely sound better as indeed you say.

Address both of those, such as by using Roon, and you find cloud and local do indeed sound the same for the same master… you can’t distinguish them, and as far as the Streamer is concerned it is simply seeing local transferred LPCM, as SQ is identical.

I use Roon which blends Tidal and local into a virtual collection, and one has to lookup to see where the media is originally sourced as you can’t tell on SQ alone anymore.

Now if using the native Tidal Naim app, this is not the case, Tidal sounds inferior on the Naim streamer to my ears… and seemingly many as well… effectively the streamer is doing more processing when listening to Tidal this way and that is what you effectively hear the side effects off… however off load that processing to Roon Core and it’s very different.

For me if Tidal SQ was not identical to local, I would not subscribe. I would simply continue with Apple Music which is what use when on the go and mobile anyway… and one can Airplay that into the streamer… but that clearly sounds inferior and less engaging on a quality replay system… almost certainly as it using lossy codecs (AAC)

Simon, presumably you find Apple Music preferable on functional grounds when on the move? Otherwise you could save yourself a tenner a month by just switching Tidal to a lossy setting on your phone for car use, and back to lossless for the HiFi.
(By lossless, I didn’t mean MQA!)

Quite, the Apple Music system works really well… it’s like a mini Roon… it allows you to integrate tyour physical and virtual collection, and is great at personalisation, discovery and meta data… works brilliantly when on the train/public transport, in the car or wearing airpods when excercising…
for that I don’t need lossless and 320kbps AAC is absolutely fine and the smaller bandwidth demands are more suited for mobile comms, where throughput is variable, you are on metered data, you want to conserve battery life as well as store encrypted streamed content on your iPhone memory for offline playback… great for long car journeys.
Now if Apple did lossless as well, that would be more difficult to justify Tidal.

Makes sense - a lot of people like to bash Apple, but I think their Music sub. and iTunes now work pretty well.

I’ve never had problems with Apple Music itself, but I dislike iTunes - the process of adding music from my store to iTunes to upload to the phone is a PITA, hence why on another thread I was looking for an alternative to Apple Music, enabling simple drag and drop (currently evaluating two).

Yes the Apple Music streaming system ( the mini Roon) largely decouples you from the slightly clunky iTunes system. I don’t like iTunes much and don’t tend to use it. You choose to work with your physical library, or the Apple Music library… I chose the latter. 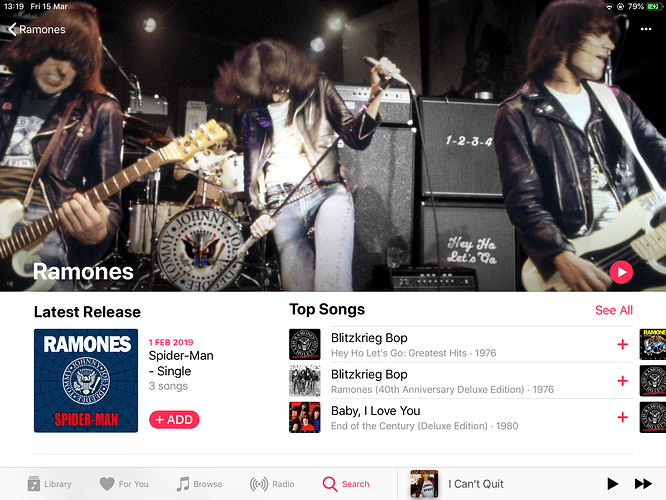 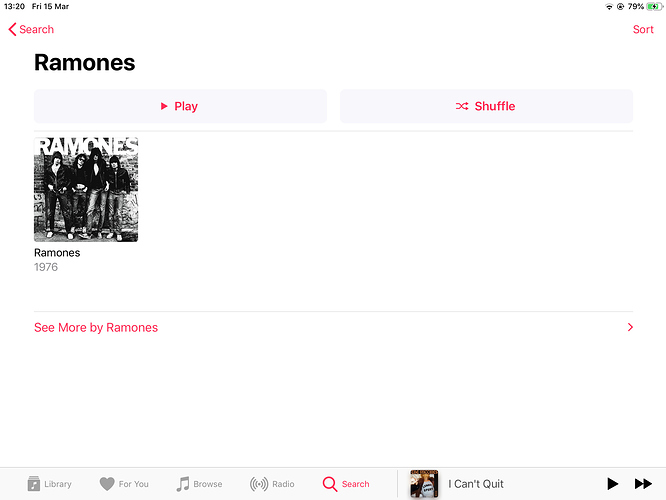 iTunes is and always been the work of the Devil. It helped me start my multiroom journey with airport expresses but that soon wained when I found SqueezeBox. I looked at it again a few months back still the same. Horrid, horrid software imo it was the reason I moved from iPhone to Android to along with being fed up of Apples way of doing anything.

Re Apple Music library I assume you’re alking about online streaming or purchase from Apple. I do not use, or have interest in, either - my use of Apple Music has simply been portable playing of music extracted from my home library using my iPhone or iPad as mobile device, for which the painful iTunes interface has to be used…

Yes their streaming service… works like a mini Roon.

Thanks, that makes sense.

I have a trial sub and there’s very little selection. I haven’t been able to do any A/B testing directly but it seems like an obvious difference to me.

Radio Paradise 320K still sounds better than anything I have, It’s quite a bit better than my QNAP and my library is all AIFF/FLAC lossless. My tastes overlap a lot with RP programming so it eats up more than half of my listening time easily.

Something rather odd if you find 320k lossy better than locally stored on-lossy compressed, assuming the latter is 16/44 or better. I would expect the locally stored files to sound better, and certainly that was the case when I had an ND5XS, good though Radio Paradise sounded.