Thanks Ravenswood,
See my reply to Catswhiskers
Rather than feeling shortchanged, if I went for Radikal without comparing it to the 4, I would be inclined to wonder whether I layed out an extra £1500 over the 4 for a diminished return.

If your down south Infidelity could be worth investigating. Derek Jenkins of Tigerpaw and Stiletto fame is an LP12 guru and could also advise.

It was before the Lingo 4 so cant advise, sorry. Best guess is that the L4 is about 85% of the Radikal.

I think the advice from others to visit @cymbiosis is sound. Peter has the widest selection on LP12s available anywhere and will certainly be able to demonstrate all the options you’re considering. He’ll also suggest logical upgrade path options, after all, even if you don’t see yourself going for the top SE spec, you want to make sure you get the best for you and your budget. He’s not in any way pushy, either. Definitely worth the trip, at very least you can get your existing set up optimised to the max.

Morning
I can certainly give you my thoughts on Lingo 4 as it was fitted to my deck 12 months ago, great upgrade I went from Hercules to Lingo 4 so massive uplift

as @Dave mentions I would recomend @Cymbiosis, Peter has over 20 LP12’s so he can offer some very good demo’s

I would look at Lingo 4 and Kore on your deck first before looking at Radikal in the future, that’s the route I went down and love the music my LP12 now give me
My Deck is Cirkus,Kore,Lingo 4, Tranquility, Ittock VII, DV20X with Khan top plate

Just had a weekend with a Lingo 4 on home dem fitted to my LP12.
Significant improvement in performance over my L3, particularly in the area of timing and nuance.
However the speed management was rather temperamental. At times taking a seemingly long time to reach optimal speed as indicated by the dimming of the light on the switch and going off optimal when changing sides taking up to a minute or more to recover. I tried a new belt in case but still had the issue intermittently Anyone else had this issue? Ive brought it to the attention of the dealer.
Will be auditioning the Radikal shortly.

Never had an issue with the Radikal taking any time to get speed stability. 1-2 seconds always. Never used a Lingo 4 but my old L3 was pretty fast too.

Linn sent me a Link via the dealer to the operating specs which state that the Lingo 4 can take about a minute to calibrate from start up (my L3 used to settle after just a few rotations) and that the platter should not be slowed during operation, which inevitably can happen when changing records causing slight drag on a rotating platter.
I note Linn say that with the Radikal it is no longer necessary to leave the platter powered on for best SQ as is common practice. It doesnt mention this specifically for the Lingo 4 but as they share similar technology perhaps its reasonable to assume the same applies.
This was not explained when the dealer loaned me the the L4 for demo. I have only just seen the link from Linn after posting the above comment.

Thanks to a patient dealer I am in the process of auditioning L4, Akurate & Klimax Radikals in the context of my system at home.
Will update in due course if anyone’s interested

Also rather curious. Next upgrade for me is likely the TT power supply.

Watch this space…
Have auditioned at length L4 and Klimax Radikal (had each for a week at home, installed on my LP12 and in the context of my system)
Right now enjoying a shoot out over a few beers between Klimax Radikal & Akurate, interesting to say the least…

For the record (no pun intended), I am also interested!

I feel it’s going to be a long weekend…
Suffice to say for now, (if this isnt infringing forum rules) I will have an excellent condition L3 available for sale soon.
Peace n love

I found the difference between Akurate and Klimax Radikal boxes to be surprisingly significant. FWIW I also use it to power the internal Urika phono stage. I was astonished by the difference in audio performance between the two Radikals, given that the electronics are identical, just the casing being different.

Me too, it was an expensive demo!

I am reliably informed that it is not just the colour of the case that is different.

The colour is the same in my case, both being black. However, the Akurate is pressed aluminium, whereas the Klimax is machined from a solid billet of aluminium and anodised (better finish than the Naim boxes too).

This is a photo found on the Internet of the underside of a Klimax Radikal with the bottom cover removed: 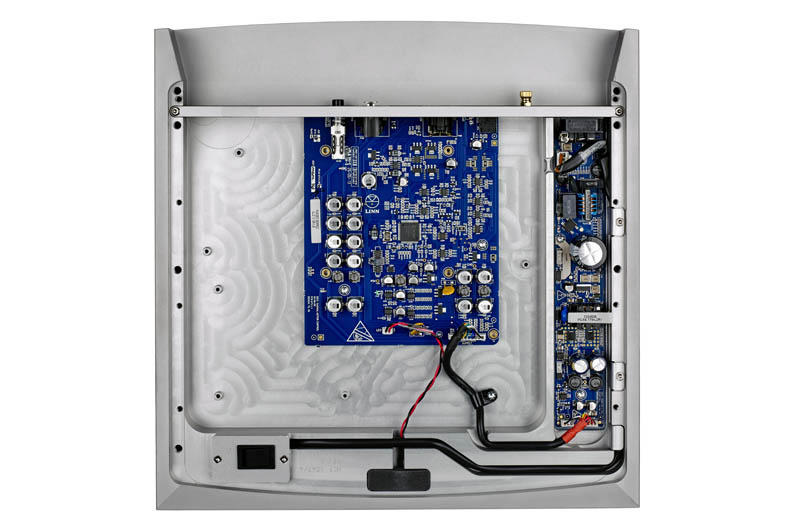 And this is the Akurate: 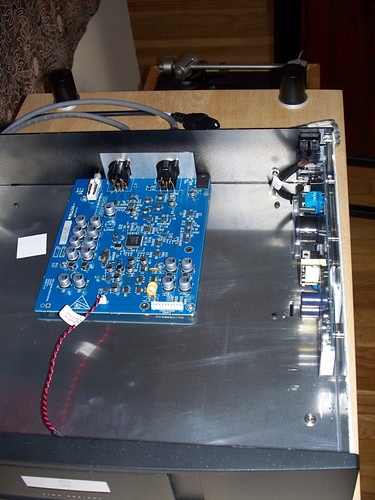 I’m going to get a Radikal fitted shortly - I was asked which one I wanted. I can’t afford the more expensive one and I also said I didn’t see the point as “they were only a different colour”. I was told that wasn’t the case (no pun intended) and that the sound was substantially better. That was the information I was going by.

Add a Powerline to the rubbish looking Akurate and it will be substantially better than the Kilmax, but you can’t then post pics of your beautiful cute system on the System Pics thread.