Time to unplug your HiFi?

There are widespread electrical storms due to hit the UK tonight or tomorrow (5thJune). They are currently hitting France and looking very much as if they intend to cross the channel shortly. Maybe time to consider unplugging your HiFi, TV aerial and phone line. 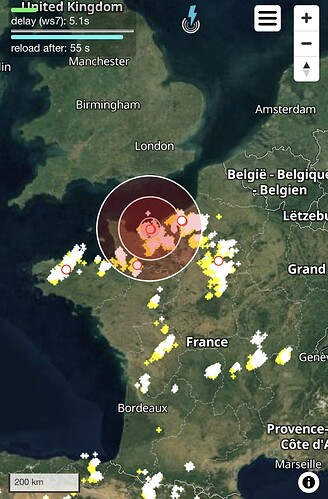 I’m tracking it, the main build up is crossing the coast between Normandy & Calais, heading due north.
In addition there is a lot of very active cells over the Brest Peninsular that looks like it’ll affect the West Country 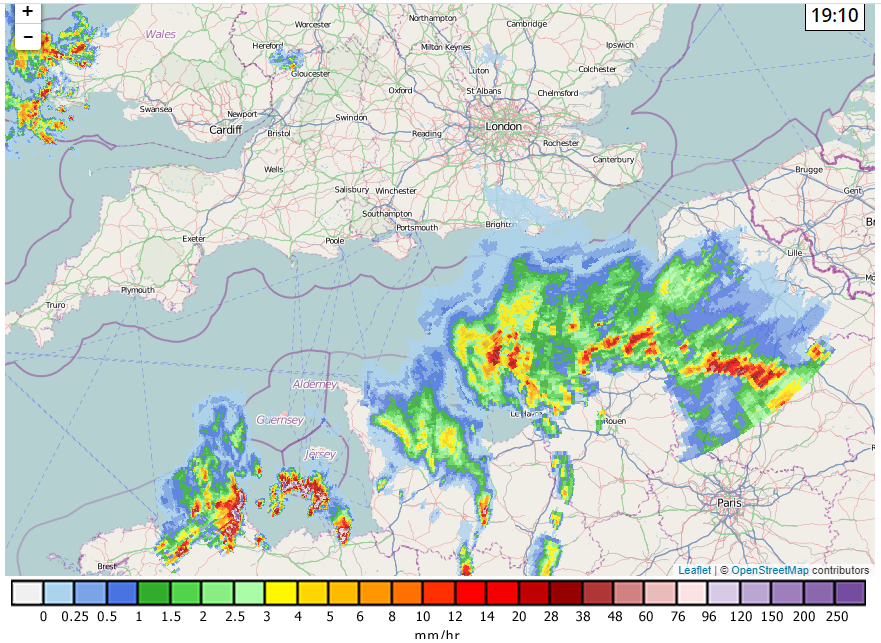 Been here for the last week. Harvey our Bretagne/Collie cross is following us around all the time- he hates thunder. One of us has been up keeping him company overnight for the last three.

Yes, much of France seems to be bearing the brunt of it. Lots of scared cats and dogs around I expect. It’s still heading North though, it’s a bit like watching the opening credits of Dad’s Army! 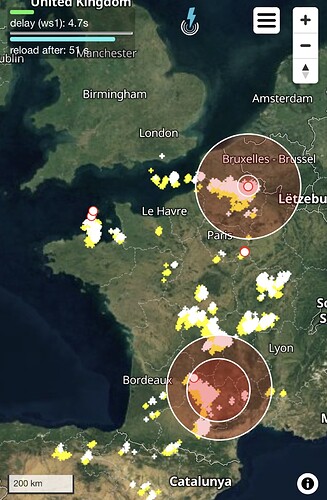 Thanks for that… v useful tool.
Not at home at the moment so hope all will be ok.

“My Lightning tracker” for iPhone here

Yes, thanks for the tip off. I was thinking the same myself. I don’t like unplugging unless I have to when the system is ‘on song’ but I will do so as it is the safest thing particularly as the storms may come overnight.

I don’t want to speak too soon, but the big rain storm that developed over France, crossed the Channel, reached southern coastal counties and now appears to be fizzling out.
I suspect we will get some rain, but it’s nowhere near as bad as it first looked.

Yes, it’s diminished for now but there’s still some activity in the Southern counties, with the forecast of more further North and all over Wales tomorrow. 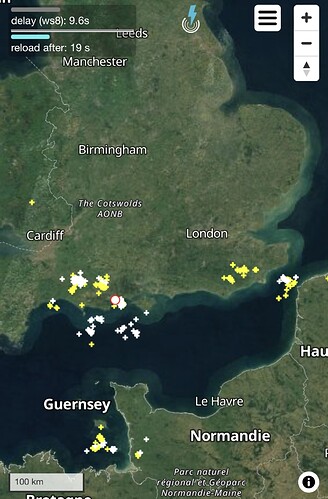 The storms are already present over East Devon and heading north…

Sharp Thunder storm over Bristol half an hour ago so powered down and unplugged. Might be a stormy night, better safe than sorry!

Ha! Try the East Coast of the US, we get thunder and lightning storms at least a couple of evenings every week.

Things are starting to get a bit lively, mainly in the Channel and Irish Sea at the moment, but something to keep an eye on as this weather front moves across the overheated UK mainland.

We’ve just had the thunder (Jersey). No lightning. Temperatures dropping. On the way to you.

No rain here so far but I live in hope.

you just didn’t see it

That wasn’t as bad as forecast on the whole. Lightning seemed to peter out as the weather front hit land. It’s now back, but mostly in the North Sea with just a little in the SE.
If you’re in France, on the other hand, you should probably unplug. 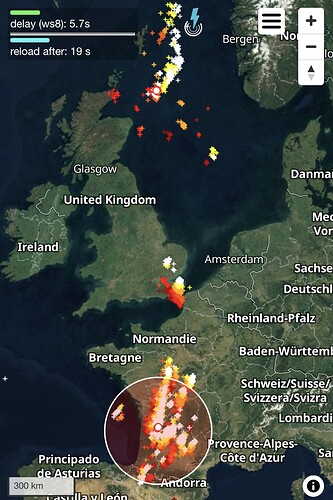 I have to leave home for a few days because of building work.
Some maybe storms in the forecast, but whatever, as always, it will all be unplugged.