Has anyone ever been to a live music event and checked the decibel reading? I was on a music cruise in one of the smaller venues and my wife just looked at me and said she was leaving, way too loud. I checked my iPhone and the db reading was 122. For me, that was too much, had to leave. The next event we were I checked at it way peaking around 115-117. I was fine with this. Maybe it’s time to bring ear plugs just in case. After the first event I had ringing for a while afterwards. Curious about the experiences of other members.

Most concerts are just a tad over-loud IMO…

At the age of 73 and with mild tinnitus I always wear ear plugs at rock gigs now, it’s a compromise but one I fell I need to make.

I agree most indoor concerts of amplified music are too loud. I put this down to the technicians on the sound desk being deaf. If they’re on tour with a band, they’re in front of the PA and exposed to high levels each night, which knocks a few dB off their top end, which they compensate for by increasing the level as they go.

Unless you spend a lot of money for proper musicians’ plugs, ear plugs are an awful compromise owing to the fact that they attenuate unevenly, reducing the higher (generally more damaging) frequencies more than lower frequencies. But then you only get one set of ears, so it’s probably worth the expense of proper fitted ear protection.

Last one I went to I was ringing for days. I’m doing acoustic only from now on.

About 25 years ago saw Iggy Pop at the Paradiso in Amsterdam. Don’t know what the spl was, but I was at the back of the theatre and folks all around were shouting “turn it down”. Which of course he didn’t…

Sometimes even that isn’t enough!

A few years ago, I walked out of a Bruce Springsteen stadium gig after around 15 minutes for fear of permanent damage to my hearing. I was actually wearing a set of my (normally) very effective motorbiking ear plugs, but they didn’t offer nearly enough protection on that occasion. The first (and last) stadium gig I have attended.

One of those rock legend stories.

I was staying in Castle Cary ten years or so ago, about 15 miles away from Worthy Farm when the Glastonbury Festival was on. We could hear the bass notes thumping away long into the night.

I like to wear crepe sole creepers
I’ve worked out every 2mm depth = - 3db. 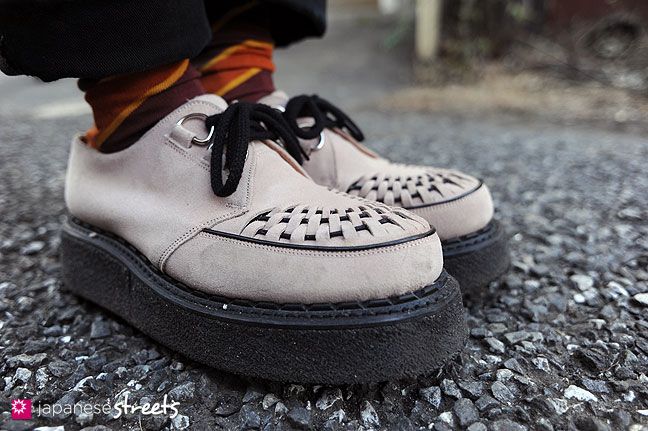 A friend got front row tickets to see The Fall at Manchester’s Free Trade Hall in the late 80s. Having already been left with my teenaged ears ringing after a few gigs in the Apollo by then, I was afraid for my hearing so fashioned some plugs out of blu tack which, thankfully, seemed to do the trick.

Slightly ironically, I’d been standing on the same stage only the night before, singing Elgar’s Songs from the Bavarian Highlands with my school choir. Life is odd, sometimes.

Excuse my ignorance but doesn’t wearing ear plugs at a concert spoil the experience a bit?

Songs from the Bavarian Highlands

You can wear musician’s ear plugs - many rock musicians use them. Bruce Dickinson for example.
This doesn’t spoil the experience but just makes it quieter and reduces hearing damage.

Well, a Victorian composer’s pastiche of one, at least!

Many friends and ex-work colleagues have reported the same, and I’ve experienced this in streaming venues (think basement venues with cameras everywhere).

Me & my then boss (the kind who liked to see what his troops were up to) went to a client meeting at one of these places, as the client said the band was good. My boss left early and his first words the following morning at work were ‘WTF was that yesterday’. It was purgatory for me too. It was just unpleasant very loud noise.

When I was at uni. there was a concert put on by Slade. Apparently their reputation for being LOUD was well known so everyone went to the concert with cotton wool in their pockets to stuff in their ears. The next morning I walked past the hall on the way to lectures (proper subject so lectures each day!) and the ground around was covered in little balls of cotton wool where the goers had chucked them leaving the concert.

Wow… how come the word wool was replaced by wall? Now fixed.

I agree most indoor concerts of amplified music are too loud. I put this down to the technicians on the sound desk being deaf. If they’re on tour with a band, they’re in front of the PA and exposed to high levels each night, which knocks a few dB off their top end, which they compensate for by increasing the level as they go.

I have a friend who was the bass player in a well known blues band for many years & he said exactly what you have said when I asked him why most bands were too loud (often to the point of totally destroying their sound as well as the audiences hearing). He went on to say that his band went to considerable lengths to set a volume level that could be tolerated for a couple of hours, provide the best sound quality they could & filled the venue they were performing in adequately. This last point meant that volume settings were often adjusted nightly when on the road as the venues they performed in could vary noticeably in both size & acoustic performance. They aimed for the same volume for any venue, whether 1,500 or 10,000 capacity.

As an interesting aside, in the early years of the band before the bigger money started to arrive, he had a full time job & the band was basically a second income. His full time job? MD of a company selling industrial hearing protection! True.

To an extent yes it does. There are some that allow “conversations” while wearing that are not quite as bad. I only wear them when it’s absolutely necessary. I have an app on my phone that quickly measures the decibel level to reaffirm that the music is just unbearable. I was in house of the blues in Las Vegas for Alter Bridge and the first of two warm up bands was so loud the waitress handed out ear plugs. I checked my phone and it showed a peak over 130. My wife and I were just hanging around the bar on the top level waiting on Alter Bridge and the warm up was killing us and we were no where near the stage. Can not image what damage was done to the people in front. By the time Alter Bridge took the stage the level was down to 115 ish, which is still plenty loud. Sometimes you have a choice, permanent ear damage or ear plugs. I will never go to a live performance again without a pair.