Much will depend on whether your NAIT3 has had the upgrade sockets fitted (they are usually just blanked off). Also is it a NAIT 3 or a NAIT 3R?

If you look at the rear, you’ll see the upgrade sockets to the left of the inputs. As standard the sockets themselves are not fitted - but the holes for them are there with blanking plugs fitted over them. See here:

Naim could supply the dealer with an upgrade conversion kit, which, when fitted with the additional sockets, allowed the NAIT3 to be used as a pre-amp into a Naim power amp, and also to be powered by a dedicated power supply like the Flatcap.

On one side you see the Cinch plugs (red and white) , on the other side right above the powerswitch there is some kind of plastic screw saiyng fuse. and next to that the powercord ( comming out at the exact spot were the plastic cover is on your photo).

OK great. Do you have just a pair or do you have an extra one as well (making 3 in all)?

First a great Thank you! I got 3 connections Al Din.

Excellent. That mean you can run the NAIT 3R as an integrated amp with the Flatcap. You’ll need a SNAIC5 and a SNAIC4, and yes, going back your original question, the connection is essentially the same as on the NAIT5.

Thanks a lot again Richard.

Your SNAIc connections look right, although I can’t see the bands so no idea if they’re the right way around or not. However, as you rightly point out, the i/c from the CD player is the wrong way around - band always goes nearest the source of music signal.

One other thing. It looks like you aren’t using the Naim SA8 speaker connectors. On the NAIT3 it’s fairly critical that you use the Naim connectors as this ensures that no undue force is exerted on the PCB mounted sockets. If you don’t use them then dry joints can develop and in the worst cases, you can even have the socket come away from the PCB.

Richard, Thanks for your great help again. As for the cables. Since this is a vintage set and not my primary set ( Nova/Core) I did not want to put to much money into this. Also I am not a great believer in all kind of fancy cables and interlinks. I always thought that the Naim connectors only worked wel with Naca speaker cables?.
I had to work around a corner and thats difficult to do with Naca 5, and you have to align the back of the Nait to the back of the table it stand on. And therefore Naim was not my first choice. I am sure this cables (Chord Clearway ) are flexible enough not to damage the PCB board in anyway.
And now for something completely different.The cables running from my FC into the Nait . All the cablemarkers are facing towards the Nait .If the picture is somewhat offensive towards Naim please feel free to remove. 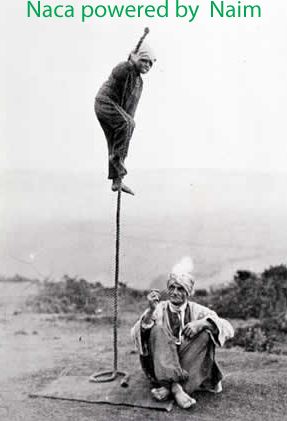 Ah, OK, if it’s not NACA5, and it’s very flexible, then you’ll hopefully be OK. I thought I read elsewhere that you were using 3.5m per channel of NACA5…

Any thoughts about the cablemarkers direction.

OK thanks. The bands on the SNAICs and i/c should be always closest to the signal source, so follow the signal flow and you’ll see which way around they should go.

With respect.buit here we see that the Cablemarkers are both pointing in an other direction. And reinstalled the Naca 05 again. 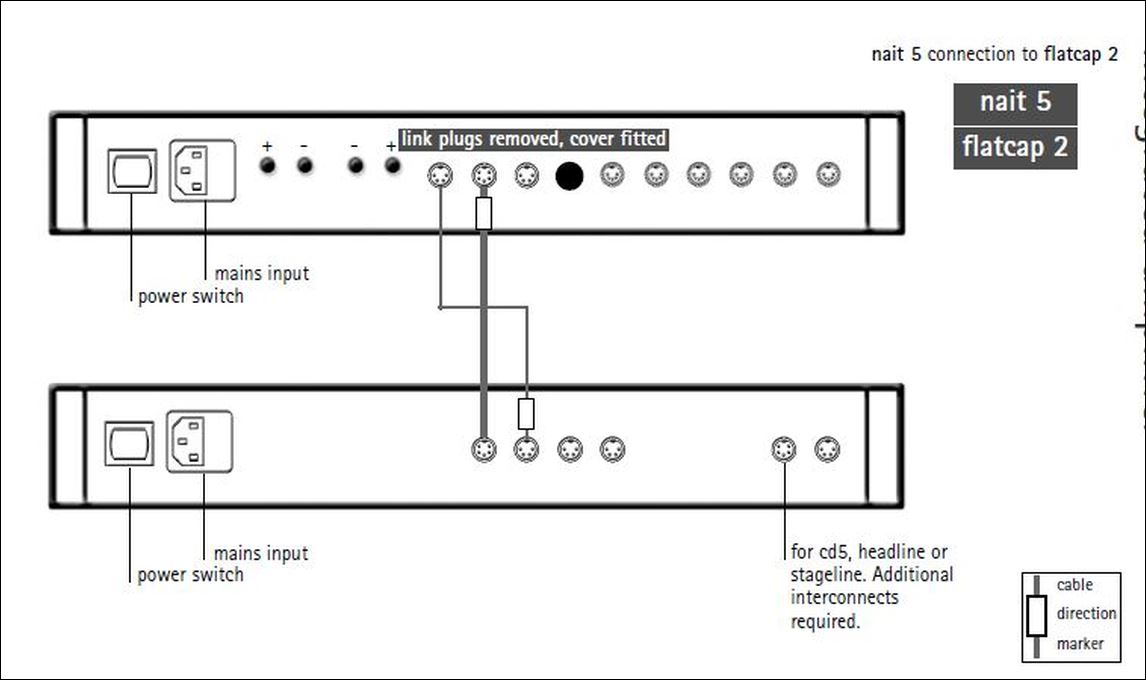