I’m usually very sceptical about such things.
Being explained in all probability by something much more mundane or at best some sighting of as yet an undisclosed military device.
Although this evening I was witness to a bizarre sight.
Almost as if something had appeared from hyperspace travel- like in the movies - to take up a position in the early evening horizon. A surrounding flash of light with a very bright largish source so way away then holding position.
This obviously caught my eye so I stopped to see what it would do, expecting it to drone overhead.
It didn’t.it seemed to disappear in a flash similar to how it appeared after a minute or so.
It seemed like it was a large source of light rather than a really bright drone of some sort.
So feeling a little spooked.

Anyone else with recent or past strange sightings ?

Tonight is a meteor shower spectacular…….enjoy……or something else?

Yes, I live in Cambridge so wouldn’t be surprised if some clever students put together a drone hokem to spook the professors looking.
But still…,.

Well, Mrs AC and daughter told me to look out on the patio quietly this afternoon - they’d spotted a ‘cute mouse’.

Listening to some music I just heard rustling in a corner, looked over only to see the blinking mouse climbing over some boxes and bags.

A definite UFO as it disappeared incredibly quickly as I approached it. 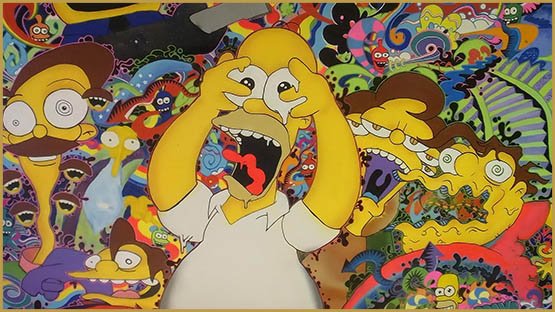 Possibly the evening sun reflecting off an aircraft in the distance? 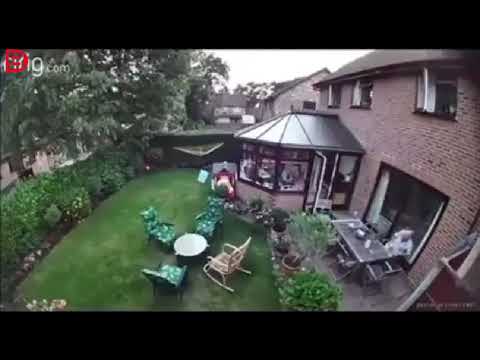 Never saw them but appreciate a few of their tunes

Third album by UFO - note the hub cap is missing from the car and she looks a bit furtive. 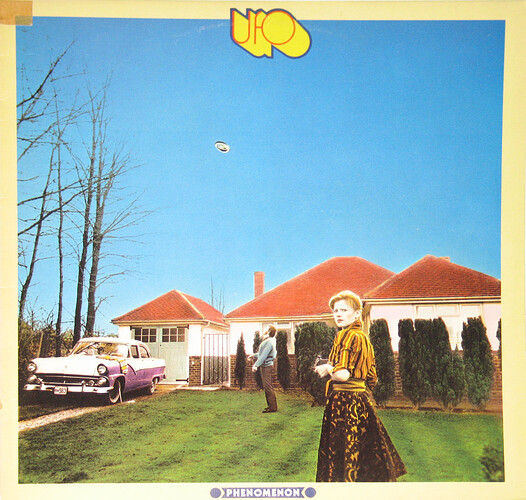 Absolutely. Seen the same myself a couple of times. Early evening as with the OP, and early morning.

Also, similar where a bird has caught the sun’s rays in the early morning -
that was initially spooky as the light wobbled in flight, just as in many UFO reports. Binoculars showed the real cause!

Never witnessed anything out of the ordinary but it’s important in my view that we follow the phenomena. You never know. Secret craft, hoax, weather, plane or extraterrestrial - it would bug me not knowing!

Not sure I should be sharing this, I’ll make myself sound like a drunken lush.
Many years ago, late 80’s at a guess, I’d been out to a club and was very much the worse for wear. After purchasing the obligatory post alcohol kebab I sauntered home, munching on the hoof (quite literally in all probability lol).
I arrived home but hadn’t finished eating so as it was a lovely night I sat on the garden wall and it was then I noticed a strange object stationary in the night sky (just the one, I wasn’t that drunk!) which then moved at a blistering pace before stopping dead for around 30 seconds and then moving back to it’s original position. It must have moved 10 miles or more in a heartbeat. I was properly spooked and went indoors quickly.
I put the incident down to alcohol and dismissed it until the local teatime news round-up on the Monday evening made mention of the fact that there had been over 50 reports of UFO’s over Liverpool and North Wales in the early hours of Sunday morning …

Thanks Steve for your story
I will admit I was sober as a judge the other night, but fully aware that the most mundane of whatever can fool the cleverest of us in thinking more out of a situation.
Although the most cleverest folks I know are happy to tell stories of strange sightings in the sky.

Thanks Steve for your story
I will admit I was sober as a judge the other night, but fully aware that the most mundane of whatever can fool the cleverest of us in thinking more out of a situation.
Although the most cleverest folks I know are happy to tell stories of strange sightings in the sky.

It may have been around the time of the ‘Close Encounters’ movie, possibly earlier but mid to late 70’s when I was a schoolboy there was UFO mania/fever in the local press and numerous stories of odd phenomena in woods etc.

I vividly recall one night when I was a pre-teen that the lad next door and I were on our bikes and suddenly our jaws dropped due to a bright dome shaped cream/orange object ‘hovering’ above houses a few streets away. In hindsight my best guess is that it was some kind of ‘supermoon’ with clouds making it look dome-shaped, but it seemed so symmetrical in the sky that clouds can’t really explain the appearance. We were well spooked. 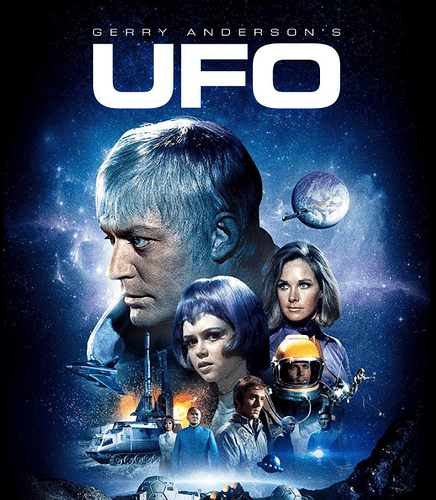 Too young to see it when it originally aired though I did have a ‘hand me down’ interceptor.

Bought the BluRay a few years ago and thoroughly enjoyed it.

The funky costumes are fantastic.