I would like to copy my music collection on to one or more USB drives so I can play them on a Nova and also use with my car audio. I have a couple of hundred or so albums ripped to my computer on FLAC via DBpoweramp

There are a plethora of different USB drives available and I am looking f for advice on which are the better ones. I probably could manage with 50-100 albums per drive if that is a more manageable option. Is there a difference between USB 3 and USB flash drives? How about 128 or 256 YB flash drives? 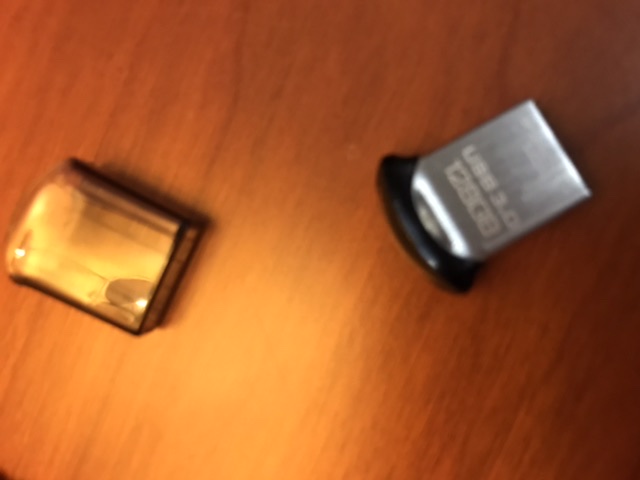 ( because its extra small/ pretty and most important, reliable : 4 years use/ no problems)

Sandisk is a solid choice, just be aware that those tiny ones whilst they are discreet do have a habit of getting quite hot in use!
A USB 3.0 device will be preferable mainly for the speed at which it writes to the flash. Read speed is not likely to be a major issue given the fact you’re only using it for playback of audio.
Another option which I used to use in the car is to reuse an old SSD drive and buy a cheap case/caddy for it and you can then leave that in the car if needed or in the glovebox when not in use. Still compact and you can use a suitable length USB cable to connect it to the car head unit and store it somewhere convenient. I put mine in the cup holder between the front seats in my case. If you’re looking at an SSD drive option then a Samsung EVO is a good choice, I’ve used many of those and their performance and reliability is second to none.

I have 1500 songs on a flash drive similar to the one above Sandisk 128GB USB 3.1, bought for £15 off Amazon. It works fine in the rear Nova USB port, however I converted all my files to .wav from .flac in DB Poweramp as there seems to be a consensus that .wav is better sonically???

ThNks very much everybody. A Sandisk 128 USB drive seems a good choice. £15 for 128 YB of memory is great value and a lot cheaper than Apple charge for their phone memory on new phones. It also seems much simpler than a Nas drive, switch and cabling and good rather than ultimate quality is ok for my 70+ year old ears

I’ve just done a similar thing for my Nova and bought a 512Gb Integral usb 3.0 flash drive. Can use it on server mode or when using Roon on my laptop and it is very discrete. Only had it a couple of days but seems fine so far.

In the real world, namely your home, I doubt you’ll hear a difference between the two formats given the same source and resolution. Both have strengths and weaknesses, if you’re taking a purist approach and focusing on minimising the data flow and conversion then a WAVE file is the same as the source data on the CD and the music itself would almost certainly have been produced, recorded and mastered as PCM data and only later on have been converted to other formats including FLAC. FLAC has richer metadata support and is able to be compressed at various levels of complexity including no compression at all. A WAVE file is just Linear PCM data without any means or mechanism for compression but has only basic metadata support and is a larger file size compared to other formats including FLAC.
If you’re ripping your own CD’s for local playback and have a decent enough database to manage metadata then WAVE files are going to give you the best overall format for archive purposes and will minimise any processing overheads during playback.
Most streaming services will use FLAC or a lossy format due to bandwidth savings. MQA is a means to overcome some of those bandwidth/streaming constraints but is not supported by Naim streamers.
It’s worth noting here that playback of formats like FLAC requires them to be converted back to a PCM bitstream for the DAC to be able to process them and output an analogue signal, it’s not going to process the FLAC/ALAC/MPx data hence the assumption that a WAV file is better as it’s not having to be converted by the DAC for playback. Things like ROON RAAT do similar by converting to PCM before sending the audio data to the Roon Endpoint as one example.

Mr M - thanks for an excellent explanation. An other question is are there any differences between USB memory sticks and USB flash drives other than capacity and finally would an SSD drive Lovely kelt to be more reliable and longer lasting than a USB flash drive?

Flash storage technology differs between devices and there are different types of flash. There’s a few main things to consider with flash storage, the interface speed, which is usually USB for removable devices, the read/write speeds usually measured/quoted in MB or Mb per second and if made available in the product specifications, the wear cycles which is how many times an addressable/writable block of memory can be written to before it fails and is marked as worn.
You’re unlikely to wear a drive out even if you really try, one example where you could would be something like a time shift buffer for video on a set top box or smart tv where the write cycles will be fairly high especially if the drive is a lower capacity.
Ordinarily a decent quality SSD will have a better disk controller than a basic USB stick which is basically built to a price to be written to a lower number of times and to almost certainly fail sooner than a SATA or PCIe based SSD drive. A good quality SSD drive from Samsung, Western Digital, Seagate etc will have a wear allocation or wear buffer in the factory usually around 10-20% of capacity so as blocks of memory are worn and fail you slowly allocate in to the wear buffer to avoid reducing total capacity and to extend serviceable lifespan.
There is a cost factor here of course. You could spend £200-300 on a USB SSD drive of a decent size or just buy half a dozen USB sticks with 128-256GB and just duplicate the contents and use them on multiple devices or as spares/backups. Ultimately any Flash storage medium will wear out eventually even with efficient controller firmware and a wear buffer in a more expensive SSD type drive. Unless you anticipate high write cycles (the thing that causes wear) and are more concerned with reading data from the device, as in storing and playback of audio files, you’ll probably be fine with a USB stick for that use case. It’s certainly worth getting a branded device, Sandisk would be my pick, as the quality of the memory will be better from the factory and the number of bad memory blocks far lower, as a result the time it takes to fail and stop working will typically be a lot longer than a cheaper or unbranded equivalent.

My approach to USB sticks has generally been to buy the cheapest large-ish capacity drives I can find, which these days are often under £20 for 256GB. These will no doubt fail to fulfil the ‘reassuringly expensive’ criteria that some seem to crave, but I have never had one fail, and I’ve never come across any differences in sound quality, so for now I’ll continue to be a cheapskate.

This may be overkill for you, but…
I am slowly, gradually putting my entire CD collection onto both Microsoft OneDrive and a 1 tb SanDisk Extreme Portable SSD. It’s guaranteed by SanDisk for 3 years and can be had in the US for around $165. I’m uncertain whether the single tb will ultimately suffice but will go to the 2 tb version if necessary. I’ve made this decision both to avoid the NAS/UPnP approach and because it fits so cleanly with my particular approach to metadata. Note that this SSD comes formatted exFat.
I agree with the other posters that SanDisk products are good investments.

I would agree that a directly attached USB drive is a good way to use your music library at minimal cost. (I have a cheap WD hard drive that contains a backup of my main music library which I’ve used like this.) It does lack the facilities and convenience of a more sophisticated UPnP server or NAS, so it won’t suit everybody, but it does work well.

I had a little used Mac Mini (Server version) which I took apart and replaced both Apple SSD’s (256GB x2) with 2x 2TB Samsung EVO 860 SSD drives. This runs Mac OS and is both the music library and Roon Server.
It mirrors itself locally daily to a homebrew FreeNAS and also does a realtime backup online to Dropbox.
Any drive or media can and probably will fail eventually, having at least 1 local and 1 remote/online backup is a sensible insurance.