As I just ran into something with my Netgear Orbi mesh wifi I thought I will put my findings here if anyone else stumbles on the same issue.

So a while ago I replaced my 1 satellite Orbi system with one that has 2 because after a few years the first one failed.

So I placed the extra satellite in my office so I can wire stuff to it.

Since then I have had network drops now and then. Was suspecting it may have something to do with the position of the satellite.

So this weekend it really irritated me as I am playing with my new Atom HE!!

Got a few drops playing Roon.

So I logged into the admin panel on my browser. You can go there by visiting routerlogin.net from a computer connected to the Orbi network. Login with your admin credentials.

Then go to the Advanced tab. Select Administration and then Connected Devices and check what your Connection Type and Backhaul Status is.

Ideally Connection Type should be 5G or 5 Ghz and Backhaul Status should be good.

I was lucky enought to catch it showing that mine was poor. So that explains it. Moving the satellite a bit closer to the others now seems to have solved it. They say the satellite should be max 10 meters from the closest other Orbi device. That can be less depending on the materials the signal has to pass through.

Hope this helps someone someday from diagnosing an intermittent issue for two months.

[EDIT] It appears this is also available on the Basic tab as well.

Good spot. When I setup my two orbi devices, i recall that the Satellite LED colour changes if the connection between them is not good. Dont know if that relates to Backhaul, but in any case mine is showing Good with about a 15meter gap, up a floor, and effectively going through 4 rooms, which I thought was impressive. No network issues

Yeah the led colour should be blue when it connects but, as far as I know, it does not show if it drops in quality once connected. That would have been real handy and saved me a lot of effort.

It was showing as good sometimes but lucky I caught it showing poor when the connection dropped. I had it tucked in behind my PC monitor. I suspect that affected it some.

but in any case mine is showing Good with about a 15meter gap, up a floor, and effectively going through 4 rooms

That is quite something! What are the walls made of? Wood? Dry wall?

Not fully sure. It’s a standard 30 year old house. Possibly some block in one of the walls, rest dry wall. Line of sight might include a doorway which has probably helped. The main Netgear device is behind a couch in the living room. This couch is in front of a radiator, so I placed an upright chip-board in-between to keep the heat away, and that board has some foil also, originally to keep heat away, but may also help to boost the WiFi (or this may be snake oil nonsense)

200 year old house this side, so just wood/dry wall between the two satellites and still it complained. And its no more than 10 metres from each other.

The good news is I moved the satellite about two meters from my desk to a book case behind me and so far not a single issue and full strength connection. 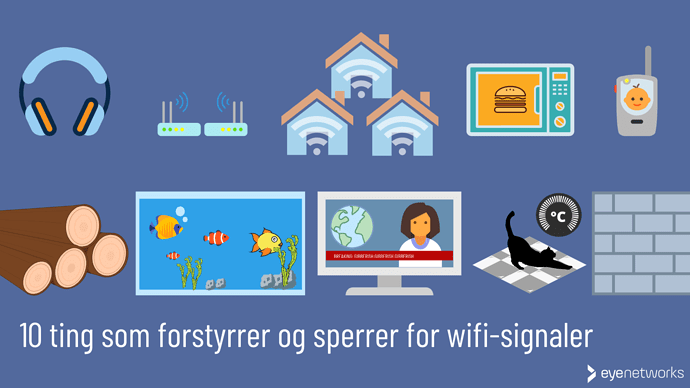 Everything from building materials like steel and concrete to aquariums and electronics can block and disrupt Wi-Fi signals. This is how coverage issues occur in a home.

Yeah there are a hell of a lot of things on this desk than could possibly interfere.