Valve Amps and other Myths

I have zero technical knowledge, but in North American reviews of integrated tube amps from Jadis and Luxman, both reference adjusting bias. My understanding with the CJ is that there are no other adjustments to be made. I steered away from the Jadis and Luxman in part because the reviews made it clear that bias adjustments were quite involved and I wanted the ability to easily make adjustments if I decided to change tubes.

Pete, Thanks for starting a very interesting thread.

I imagine there is a valve amp culture in Australia who could give advice?
Gaming computers run hot and run cooling fans or can be water cooled. I wonder if something similar might help?

People have been running valve gear in hot climates for a very long time. I’d imagine that a design with those beautiful exposed valves positioned on top of your stack should have little trouble.

Luxman aren’t advocates of tube rolling. They order batches of tubes and reject 50-60% of them that don’t meet their standard. They don’t even recommend replacing your own, favouring a trip to the mothership. They want to ensure you hear what they designed.

It’s not for everyone. A high percentage of valve users are in it for the rolling.

I owned an Ayon Spirit for several years it had an auto bias system. One just pushes a button on the back and bingo it checks each of the output tube and then flashes ok

I owned an ARC SP6a paired with a Threshold 400a.
That kit got stolen and replaced by an all Threshold SL-10 and Stasis 3.
40 years later I now own a Nait XS2 but still reminisce about those systems. A few years back I was at an audio show and one of the rooms was demoing speakers powered by a mint Threshold 400a.
I asked the fellow if it was for sale, his reply: ‘‘they’ll have to pry it from my cold dead hands’’
Enough said!

Even back in the 60s Radford referred to it as bias. The advantage of the modern amp detailed above is that no separate voltmeter is required, the built-in LEDs are doing the job.

e, Thanks for starting a very interesting thread.

I imagine there is a valve amp culture in Australia who could give advice?

Thank you, I’m sure there is as most hi fi stores here seem to have them in stock. My concern is that they maybe a little too finicky for the unskilled and clumsy.

In the UK my dealer has 48 so there must be a demand. Some with enclosures and some with the tubes on display. There’s a wide variety of prices. I don’t have any analogue sources, but I’m tempted.
Some think you must have a turntable to get the best results.

Exactly in a precision valve up, changing the valves usually requires other adjustments or circuit changes … unless a somewhat basic circuit or not particularly optimized.
I only ‘tube roll’ on basic designs such as the Little Dot MkIII amp

Yes you will see from my post above we are referring to regular conduction bias. However on a quality amp one needs to set the operating point of the chosen bias for maximum linearity, ie lowest distortion (this the same principle as for solid state amps) … that is where care and the right equipment is required for maximum audio performance. This is the point I was making.
If you were setting the operating bias say on a valve guitar amp, it perhaps wouldn’t matter as much as you would set at a point that sounded best… and lack of linearity here is perhaps no bad thing… but quite different for a quality Hi-Fi audio amp. (In my humble opinion)

I tube rolled to good effect when I owned an Audio Note system. The only valves that necessitated an adjustment to the bias ( to negate hum) were the 211’s in my Ongaku power amp. The rest were just about fitting the correct spec and finding an optimum “flavoring” if you like.

As far as I am aware, EAR Yoshino amps are user friendly, not requiring adjustments. From what I have read, only the 509 has adjustable bias. The website does not show the full range. The 534P was a favourite for cloning and rolling, but that is now superceded.
I was about to move up the range, but prices have just increased and I need to save more.

The Feliks Envy follows the same principle with an auto bias circuit to make the adjustments for you when you change tubes.

So what amps then do you think meet the standard of “quality Hi-Fi audio amp”? (If CJ, Luxman and Jadis don’t make the grade?).

It’s 32c outside (24c inside) where I am today and my tube cage is only slightly warm to the touch. More heat comes off my NDX.

The amp in my second system in my office is an Icon Audio Stereo 25 MK II. When running the large rear valves, which are EL34 / KT88 output 135oC. 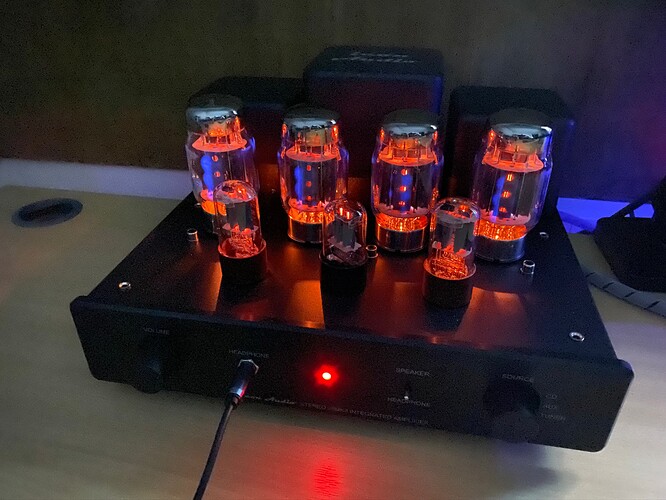 I think Pete OP is planning air con as the Aus temperature outside could be much hotter. But this sounds promising. 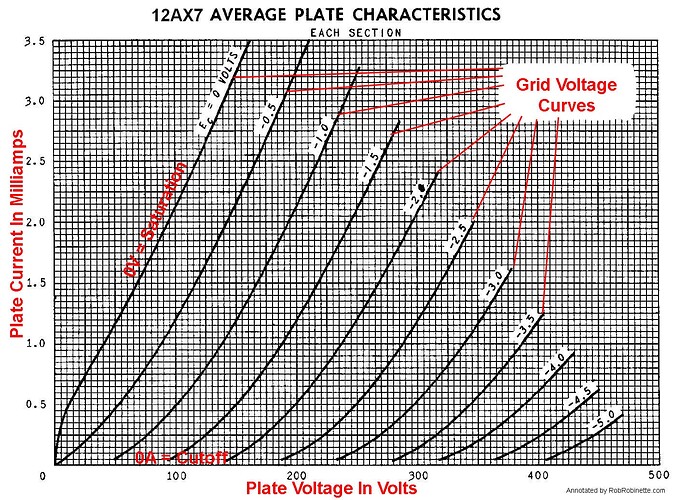 Without this adjusting the bias one can’t be sure of excellent linearity (ie minimum distortion) … although sure you could approximate it. Approximations don’t usually go with quality engineered high performant products. 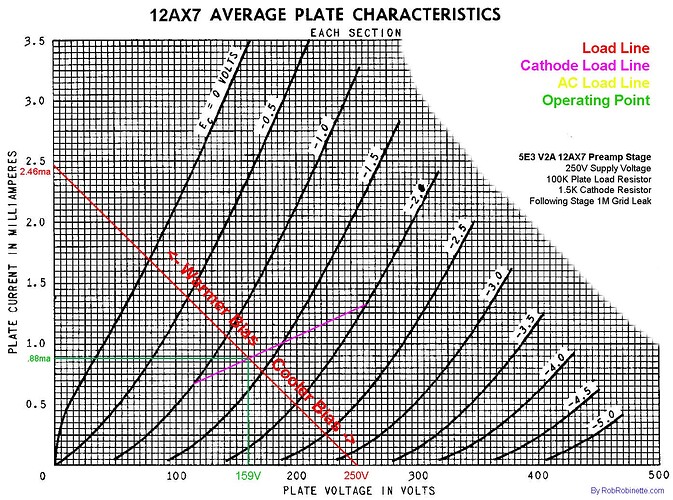