Valve Amps and other Myths

With all the love that shared for the resurgence in vinyl there’s very little said about vacuum tubes/valve amps (and other component’s). I’ve only heard a valve amp once and was impressed but was scared off by it only offering 12w. But I do remembering how good it sounded. Has any one had any experience in mixing them up with Naim gear.

I used to have a Berning ZH270 OTL valve amp. A fantastic amp which in no way fitted the warm and woolly valve amp stereotype. It looked more like something I’d have in the lab but it was a unique amp with some very interesting engineering approaches. Not the best thing for warm summer night listening through ! 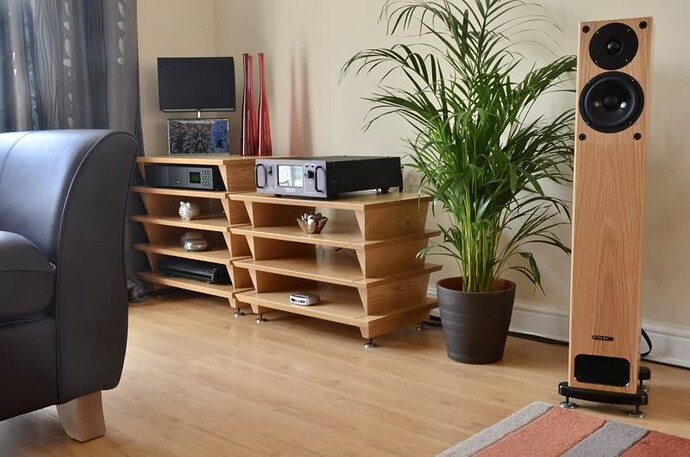 They are effective by heat apparently especially as our summers can be hot. I’m intending to build a building with a constant 23c, have you compared it to Naim stuff.

As you wrote Pete, there are some myths around tubes amps, like the heat ( not in my case), or a dull and sirupy sound ( neither my case).
This world is very motley: there are 6w tubes amps and other with 200 W . Some brands sound like solid state ( Audio research, Ypsilon, …) , other have a bit romantic sound like in the past ( Conrad Johnson, Jadis…) and other are fast and dynamic, with a glowing midrange ( Ear Yoshino, Lamm, Berning…Aries Cerat….).

Do you want to try one? With a turntable, today, I could not go back to transistors. Tubes phono, well done, sound more real to me.

No I’m not investing in a turntable and will stick to my NDX2 with PS. I was wondering how they (valve amps) would sound with a Naim pre and source.

In the early nineties, Vinyl Tube Audio in Kentish Town, north London, sold interesting gear. A great deal of the staff’s efforts went into matching the low output amps with sensitive speakers. Hoping this might help you Peter.

About 5 years back I had a Conrad Johnson PV-5 valve preamp that had 8 valves, 4 for the amp section and 4 for the on-board phono stage. I had it paired with an Adcom amp initially, and then an Ayre amp. The sound was good, but it just wasn’t dynamic enough.
It was at that point that I decided to give Naim kit a try. Well, that was the clincher and I’ve never looked back. Naim just sounded so much better than anything I’d had before, and suddenly, speaker placement wasn’t nearly as important.
I would expect the same from Naim amplification with a valve preamp. This is where one gets into pairing the right units together as FR has done. Some work well, some don’t. Naim simplifies that process with units that are designed for each other.
This was my experience, anyway.

The Radford has a slightly airier midrange, but the NAP has better control of the speakers. Most of the time I stick with the NAP.

Projector screen drops down to just above top of speakers.

I understood many of the better known valves were made in or sourced from Russia. I wonder how easy replacements are/will be?

Hi FR. I notice in your profile you have NOS Telefunken ECC88 valves. I was just at the point of giving these a try in my PV-5 to possibly improve the character of it, but then I made a quick decision to try Naim kit.
They are excellent preamp valves from what I researched.

I had listened to Conrad Johnson some years ago, around 2008/2010. I had even bought an EV1 phono. The midrange was so nice and rich, as well micro dynamics. But after some time I couldn’t live with the restraint dynamics. Better tubes would not change enough that I feel.

Has any one had any experience in mixing them up with Naim gear.

I will do soon but only in the realm of headphones. I’ll be using the Atom HE into a Feliks Envy. Still waiting for it though as there’s a bit of a waiting list with them being fairly new.

In terms of sound, @frenchrooster has covered it well. I’d add, increased sound stage / improved imaging and layering depending on what tubes are used.

My general impressions are that it was fun to try different valves/tubes, although the best usually turned out to be NOS and increasingly very expensive. Power amps could be frustrating with performance variance and modern tubes being very variable and not so reliable. At their best, they could be really beguiling, for a while… Valve power amps could really get the electricity meter spinning too - especially the ones with 8 valves running in Class A, so they will cost you lots in terms of valves and electricity - worth considering, especially these days.

I owned a level 5 Audio Note system until a year ago and had so many issues with the build quality especially the power amps. Seven faults over a two year period

The beguiling character to the sound was certainly there with the almost tangible tone and texture. On certain albums it was lovely. However I wouldn’t want to go back to it now even if it was reliable. My Statement level Naim system ( all bar the power amp) is almost as textured but with much better speed of response to transients, so times much better with radically better bass and a much more open sound not compressing during very complex passages. It’s an altogether more cohesive reproduction.

The clever “valve” dealers will no doubt dem their stock with the likes of Diana Krall or a Jazz trio not Jeff Beck or similar ilk. “You pay your money…”

I used an Audio Innovations 500 with a CD5, CD5/Hi and a CDX2. In the context of my system at the time, it was an appealing balance, comprising a really crisp, fast, front end with the life like, unprocessed, organic presentation and detail of tubes.

The 500 needed servicing at about five year intervals and would occasionally eat a valve. I had it modified by Boarder Patrol, who fitted a custom rectifier to stop the output valves potentially burning out. When I decided to pension it off, the 202/200 seemed like a no brainer. It wasn’t. I added a Boarder Patrol external power supply to the 500 and kept it. By then I was using CDX2/XPS2 as my source. I loved the fluid, organic, finely detailed sound balance, coupled with the fast response that a valve amp can deliver and the pile driving relentlessness of the CDX2/XPS2.

When I again decided to pension off the 500, the 282/250/Hi was calling. Like the 202/200, I found it to sound processed, artificial and lacking in finesse. A considerable step up from the 202/200 but not good enough. After more auditioning of SS candidates, I bumped into and was won over by the Graaff GM50, which sounded simply sublime and remained at the heart of our system, fed by HDX-SSD/DAC/555PS front end. A couple of old forum members also went this way, one of them switching from a 250 (can’t remember the pre), the other I heard about second hand.

When I heard the 252/Super/300 everything changed. Finally, something with the subtlety required plus a vice like grip to go with it. A very worth while upgrade. A bad SS amp will sound as bad as a bad tube amp. A good SS amp will sound as world beating as a good tube amp. You can’t generalise about the “valve sound” versus the “SS sound”. there is no such thing. And of course, you always need to factor in the ears of the listener, their preferences, the room and how the speakers play the room.

I’m not in the least sentimental about vinyl. CD came with its own issues which took years to sort out, but I couldn’t wait to escape the limitations of vinyl.

While it’s possible to have both with a 2 channel system, it’s certainly a lot easier when it comes to a headphone systems. I can have both together and easily switch when the mood takes me.

Audionote, as Jadis, Air Tight, Conrad Johnson , Mastersound, Leben…belong to a bit nice, mellow but not energetic kind of sound.
You would be surprised if you heard top Aries Cerat electronics.
But personally, if I had a full Statement system, not sure I would miss tubes.
Recently I heard the new Gryphon line. Was surprised at how natural, unforced , textured but in the meantime very involving and dynamic they sound. Could miss tubes too.

Fair points frenchrooster. It was the reliability that I had the biggest problem with.

But I agree there are many roads to audio nirvana and the Naim sound isn’t for everyone. Although I’m not sure why some people post on the Naim forum if they prefer a different type of sound!

Anyway I lived with a top valve system for a few years so no conjecture in what I wrote and I stand by my judgement. No regrets here.

I used to be an Audio Research fanboy back in the 80s and 90s. From pure tube SP3 to hybrid SP14 pre amps. From low power Classic 30 to high power D250 power amps.

But of course, everyone knows I now use a Nait.