But purists go for shellac

Yes, the Beatles made an awful lot of those.

That’s what I learned from experience. I only buy them as collection items and / or when it’s the only available option.

I only have one picture disk, a copy of Sergeant Pepper. It was unplayable so I’ve only done so once.

I have lots of coloured vinyl and have never had a problem with any of them.

Personally I dislike any discs other than black, especially clear vinyl. The reason? Well, it’s much easier to see the tracks on a black disc and hence pick out an individual track to play. Almost impossible to do on clear vinyl.

I know what you mean about clear vinyl, but I tend to listen to complete sides or complete albums at once.

Thanks for reminding me its been a while since I listened to my Classic Records copy of Leo Kottke’s 6- and 12-String Guitar on Clarity vinyl, and not at all since 252/300. It’s on the TT for a spin.

A friend brought this unusual RSD release vinyl a few years ago, This is a Shosty’s cello CTO No.2 by Rostropovich/Svetlanov/USSR State Symphony. It’s a World premier performance recorded live on the day of composer’s 60th birthday in the Great Hall of the Moscow Conservatoire.
When he pulled out the disc I didn’t have much high hope because usually picture discs sound poor. But I was curious to hear this very first performance of the concerto by Rostropovich. This is the first time made on the record. Surprisingly when the stylus hit the record it sounded very good! Plenty of ambiance of live recording and instrumental colours. There’s a certain energy that was felt all the way to the thunderous applaud at the end. Very quiet record, too. Now if this was pressed on super duper SRX vinyl, it might be quieter, but it was fine. 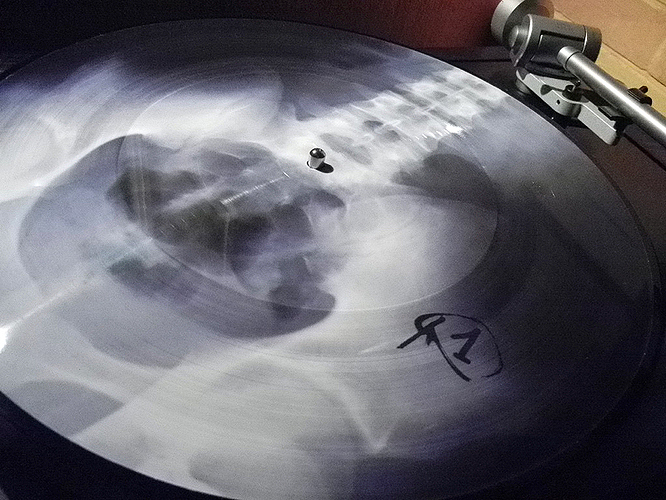 DSCN1793800×600 398 KB
If you could make it out from my photo, it’s an Xray photo of pelvis and spine. It’s a throw back from when people were cutting a bootleg Western music on an X ray film discarded by hospitals. This premier recording survived a good hearted archivist put it in a can and mislabeled it to avoid destruction by government.

Another picture discs I find sound good is Hotel Costes 8. 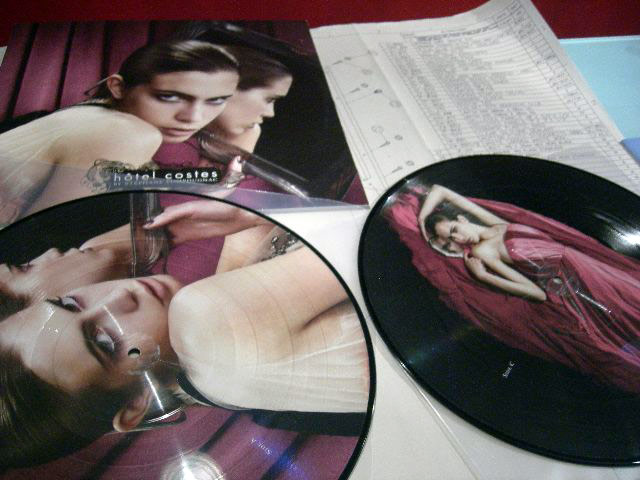 That x-ray disk story seems odd because I’m only aware of x-rays on celluloid or similar, not on rigid vinyl - it would be a relatively expensive base material, and wholly unnecessary in normal x-ray usage…

That aside, the disk reminds me of Faust by Faust, an LP I bought back in early 70s exploring ‘Kraut rock’ - and one of the few albums I ended up wondering what posessed me! 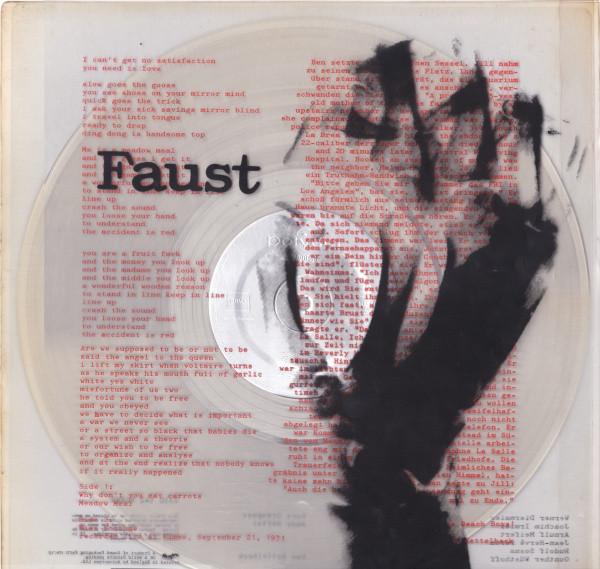 image600×569 109 KB
IIRC the vinyl itself was just colourless transparent vinyl, the x-ray image being on the sleeve. Though I haven’t heard it for many years, tge style of music made assessment of sound quality rather difficult and perhaps pointless, as there was a lot of inbulit distortion…
2 Likes
Innocent_Bystander January 13, 2020, 11:27am #28

I rather liked this one, Magical Love by Saturnala. No doubt one of the images caught my eye in the record shop, as a teenage young man in the days of heavy image censorship pre-internet… 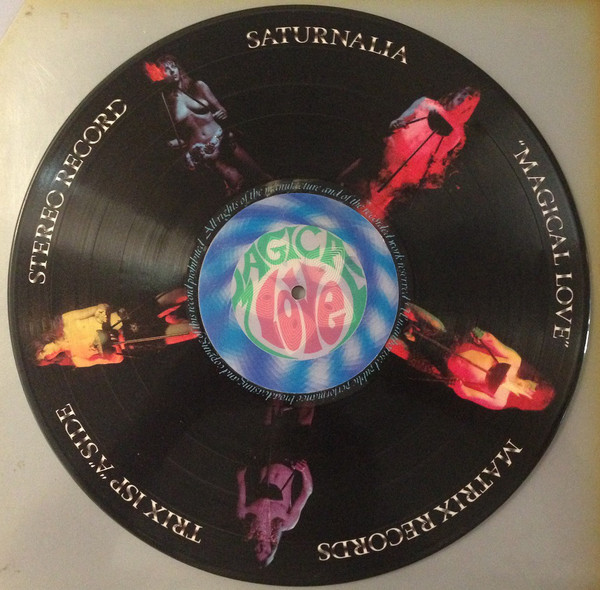 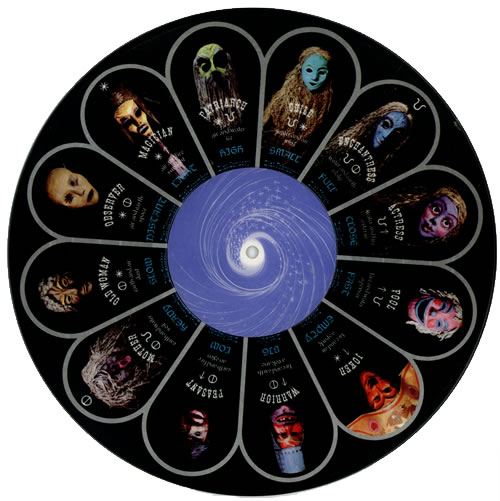 image500×501 57 KB
The central label was ‘3D’, one of those ridged plastic affairs that shows a different image from different angles. (And after a few years the glue lost its tackiness and the labels fell off!)
The sound quality wasn’t perfect, IIRC a bit higher surface noise than some, but was OK. I anjoyed the music (and occasionally still enjoy tge occasional listen), a bit reminiscent of Curved Air.
3 Likes
steviebee January 13, 2020, 1:03pm #29 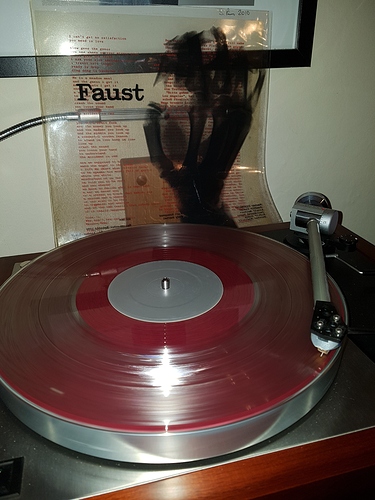 Still play it…I’d guess their next, So Far, didn’t make it into your collection @Innocent_Bystander!
Shame - It’s A Rainy Day, Sunshine Girl is just motorific!

So do I most of the time. But occasionally I just want to listen to a favourite song or movement.

Part of the Picture Vinyl House of Horrors. So much background noise that it’s virtually unlistenable. 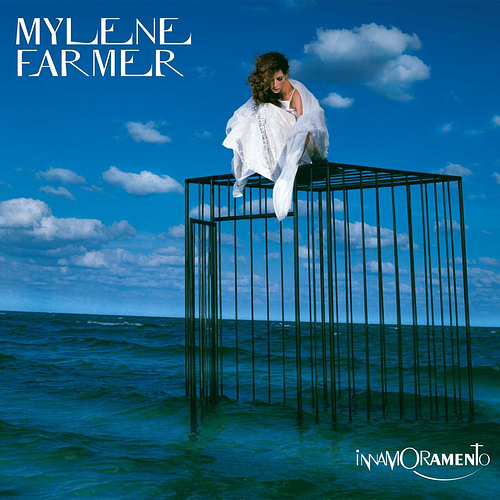 In certain moods it was OK, or rather I think there were a couple of tracks that were OK. It didn’t inspire me to get their next album, and when I got to ripping all my LPs about 10 years ago I realised I hadn’t played it for many years, had a listen and decided not to bother ripping it, so sold it. It was pretty near pristine, probably only 20 or 30 plays in its life, just slightly yellowing outer sleeve.

@Innocent_Bystander
I do prefer So Far, but Rainy Day was the first Faust song I ever heard, so that’s a factor.
I love the opera bit on Faust - always makes me smile, esp given my love of Puccini.

Heady days back then, eh? Did you ever go to Recommended Records itself, in Wandsworth? I used to go there in search of little-heard gems…A room full of ‘weird’ musics!

No, For me mainly the three local record shops in Hounslow, plus in tiwn places like the original Virgin shop in Oxfird St., and Imhoffs in New Oxford St for classical, and a few years later I discovered Record & Tape Exchange in Notting Hill. What was interesting in those days was that every shop was different -

I generally steer clear of anything but black vinyl. Mainly this is down to poor experience with picture discs and coloured vinyl LPs in the past. It’s also really difficult to accurately judge vinyl condition with coloured or clear vinyl.

Personally I dislike any discs other than black, especially clear vinyl. The reason? Well, it’s much easier to see the tracks on a black disc and hence pick out an individual track to play. Almost impossible to do on clear vinyl.

Does anyone else find it quite uncanny how accurately they can select a track on an LP to play and drop the needle in the silence between tracks - I’ve always managed to do this quite effortlessly, but I think there must be some subconscious process at work here.

If you could make it out from my photo, it’s an Xray photo of pelvis and spine. It’s a throw back from when people were cutting a bootleg Western music on an X ray film discarded by hospitals.

Let’s hope they removed any identifying demographics from the x-ray films!

I thought those old films went for silver reclamation for the most part.

Is that a screw in the sacrum, or lighting artefact?

That x-ray disk story seems odd because I’m only aware of x-rays on celluloid or similar, not on rigid vinyl

I took it that the x-ray film was similar to those plastic discs/samplers you got with crisps or on the front of magazines - anyone remember a whole raft of disco flimsy 45’s from Smith’s crisps (possibly salt and shake?) - I must try and find some!

I guess for an LP cover there’s also the question of image composition if you intend to produce a picture disc to avoid cropping important imagery out of the circular disc template.

Moving on from x-rays, have you seen those odd adverts to press your loved ones’ ashes into a vinyl disc?